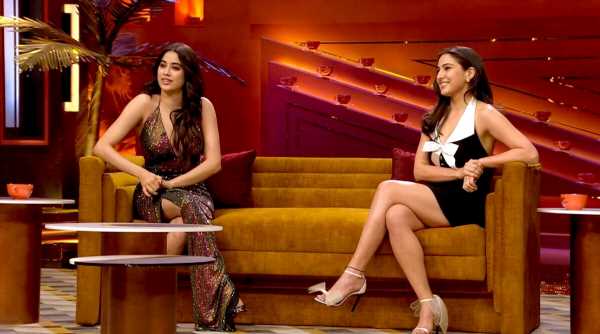 If the first episode of Koffee With Karan 7 was explosive because of Ranveer Singh and Alia Bhatt, the second episode — featuring Janhvi Kapoor and Sara Ali Khan — was all fun and cute, as they spoke about their unusual friendship, relationships and a lot more.

Namrata Thakker brings you 10 BIG REVELATIONS made by Janhvi and Sara on the seventh season of KWK.

Janhvi and Sara have known each other for a long time and share quite a warm, friendly rapport with each other. So much so that they have gone on trips together.

Sara revealed they took a trip to Disneyland back in 2015 with a mutual friend, much before they made their Bollywood debuts, and had a blast.

Janhvi said it was one of her best trips ever, thanks to Sara, as she she broke through all the queues and did not have to wait to get on the rides.

At one point, both ladies were dating brothers!

Karan reveals, ‘I remember that you both have dated siblings before. I mean it was the past. You both dated two brothers. And the commonality between the three of us is that they both used to live in my building.’

The girls hurriedly moved on to another topic! 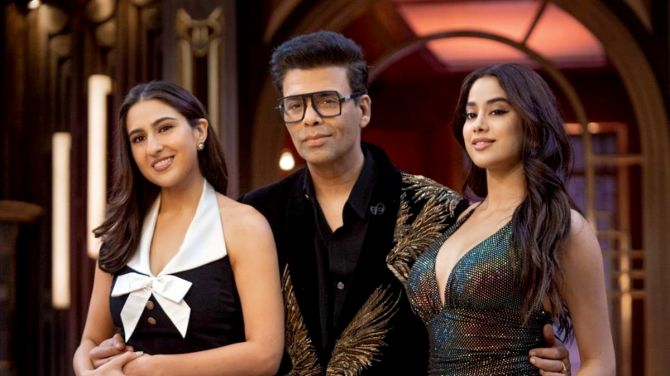 Even before her first film Kedarnath released, Sara made her KWK debut on season 6 and impressed everyone with her cool, affable, personality.

At that point, she mentioned about wanting to date Kartik Aaryan and turns out, she did.

Though there were rumours about Sara and Kartik being together when they starred in Imtiaz Ali’s Love Aaj Kal 2, the actors did not confirm their relationship status.

But on KWK 7, Sara admitted to being in a relationship with KA.

Sara and Janhvi revealed how they went to Goa during the lockdown and pulled off an all-nighter on the beach just talking to each other from 7 pm to 8 am.

The two said they got to know each other better on the trip as they could relate and understand the things the other was going through.

If Goa was all about getting to know each other, Janhvi’s trip to Kedarnath turned super adventurous, courtesy Sara.

Janhvi said Sara made the bookings for the trip, but the room they stayed in had no heater despite the temperature being minus Celsius.

By the end of the night, her lips had turned blue!

Karan couldn’t stop laughing when Sara revealed that Janhvi slept in the night wearing all her clothes, along with two blankets.

Stuck on the mountain

After Janhvi, it was Sara’s turn to talk about their epic Kedarnath trip.

She revealed that they got stuck on a mountain for 30 minutes while going to the Bhairavnath temple as Janhvi wanted to climb a steep elevation instead of the normal route.

Ultimately, both Sara and Janhvi had to be rescued from the spot. 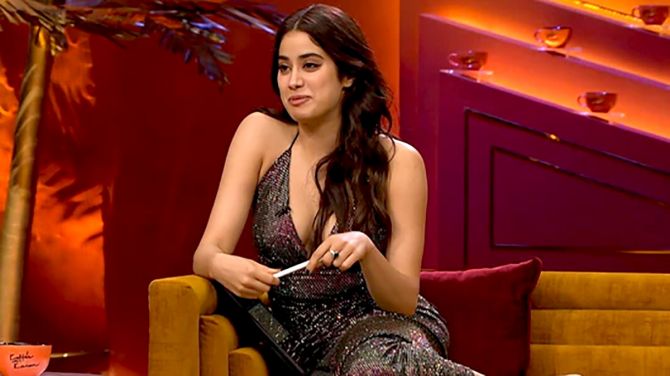 On Karan’s chat show, Janhvi confessed to having one by the name ‘Bholi Si Surat’.

Well, she isn’t the only one.

We hear Ranbir Kapoor has a finstagram account as well.

The last time Sara came on the show, she said she was interested in Kartik Aaryan and they ended up dating each other.

This time, when Karan probed Sara about dating, the 26 year old said she likes Vijay Deverakonda and wouldn’t mind dating him.

Both Janhvi and Sara hinted that Vijay might be in a relationship with Rashmika Mandanna.

During a fun game segment, Janhvi revealed that she once broke up with someone because he did not order a chicken salad for her.

Both Karan and Sara were startled by this revelation. but were relieved when Janhvi told them that they got back together after six hours.

Karan started the show by asking both ladies about the lockdown and how they dealt with it.

While Janhvi said she enjoyed staying at home after ‘being on a hamster wheel before that’, Sara spoke about having anxiety, as she was not able to work and felt like her growth as an artist had stopped. 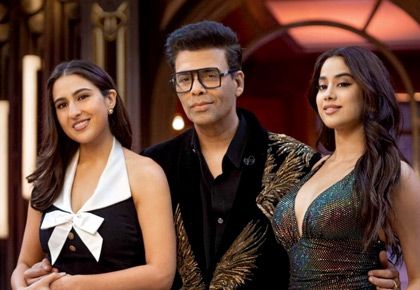