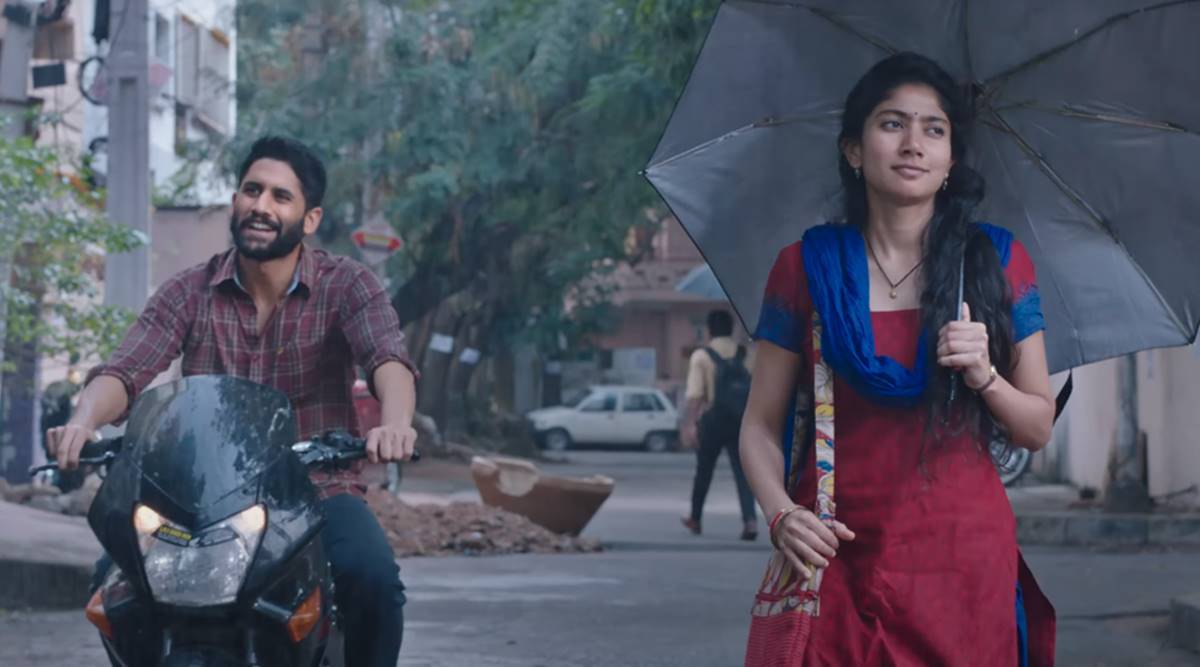 Naga Chaitanya shared the trailer of his upcoming film Love Story on Monday. The actor took to Twitter to share the trailer of his film with Sai Pallavi and wrote, “So happy to be finally putting this out… Can’t wait to see you all at the theatre’s again!”

The trailer of the film starts by introducing Naga Chaitanya as Revanth, who is a Zumba instructor by profession. He is a man with a dream to establish his own business. Soon, we meet Sai Pallavi’s Mounica, an engineer who is struggling to find a job.

Their paths cross when Mounica (Sai Pallavi) breaks into a dance and leaves Revanth (Naga Chaitanya) in awe. Revanth somehow convinces Mounica to join his dance academy, and that’s how their story begins. The two fall in love, but their path is hardly easy. They face opposition from family because Revanth is a struggler and Mounica belongs to an upper middle class family. But Revanth and Mounica are ready to do whatever it takes to be together. Will their love win? To know the answer, fans will have to wait till Love Story’s release.

In the trailer, which is over two minutes long, the only part that shines is Naga Chaitanya and Sai Pallavi’s dance sequence. Rest of the story seems like a regular romantic tale that has been done time and again in Indian cinema. The film has been directed by Sekhar Kammula, who has previously helmed films such as Anand, Godavari, Happy Days and Fidaa. His last feature film Fidaa, which released in 2017, was a blockbuster and it starred Sai Pallavi along with Varun Tej.

Love Story was earlier scheduled for September 10 release. The film was postponed recently. Announcing the new release date of the movie, the makers said in a statement, “Due to unavoidable circumstances, the release of our movie Love Story has been postponed. We are extremely eager to show you all our film. Love Story is all set for a worldwide grand theatrical release on 24th September 2021. We hope to see you all in theatres soon. Wishing you all a safe and happy Vinayaka Chavithi.”

The film, which also stars Rajeev Kanakala, Eshwari Rao, and Devayani in other pivotal roles, will release on September 24 at the theaters.