Get ready to catch Happy once again!

Two years after Happy played the runaway bride, she stages a return on the big screen.

Happy Phirr Bhag Jayegi, the sequel to 2016’s Happy Bhag Jayegi, is back with its original team, and a few additions.

Scenes from the trailer launch in Mumbai. 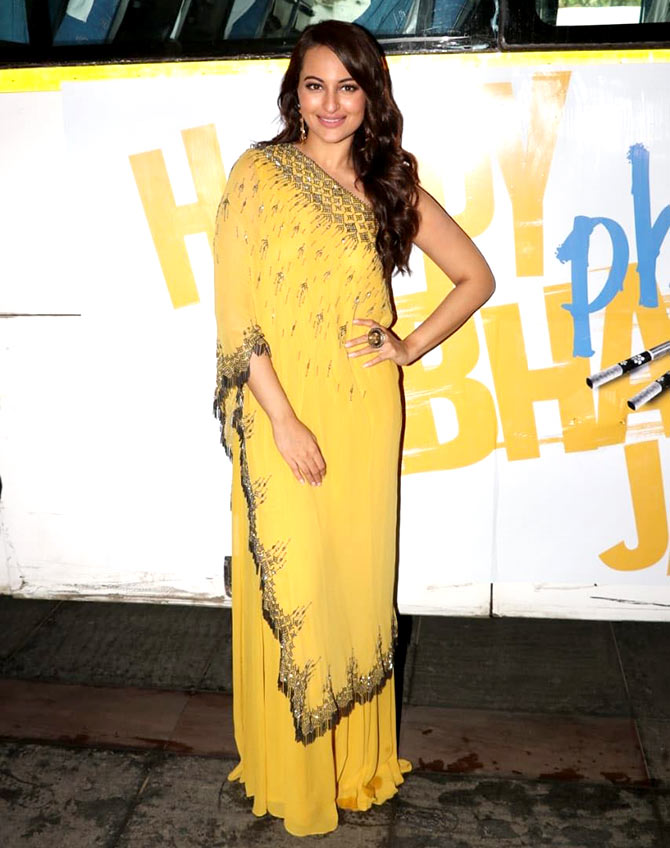 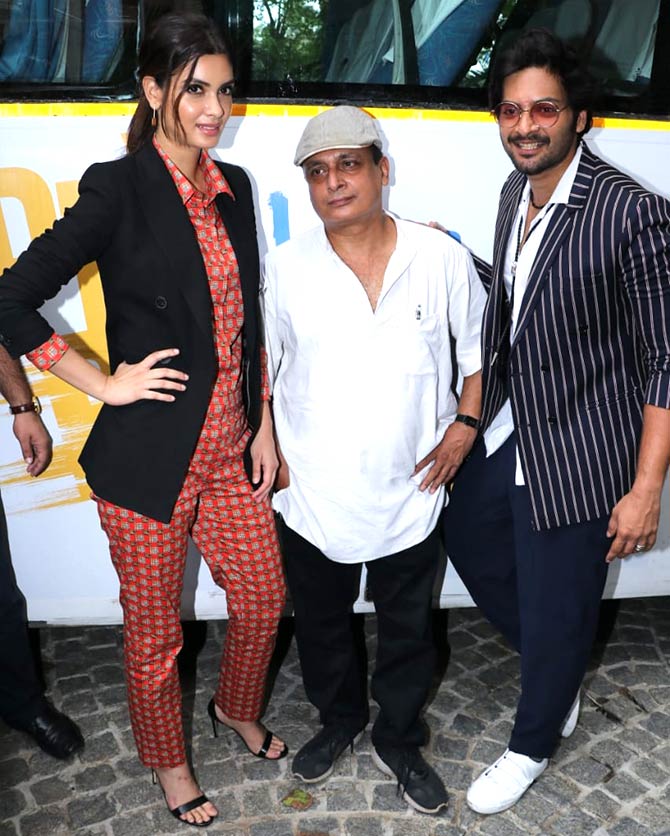 Diana looks smart in a jumpsuit, alongside Piyush Mishra and Ali Fazal. 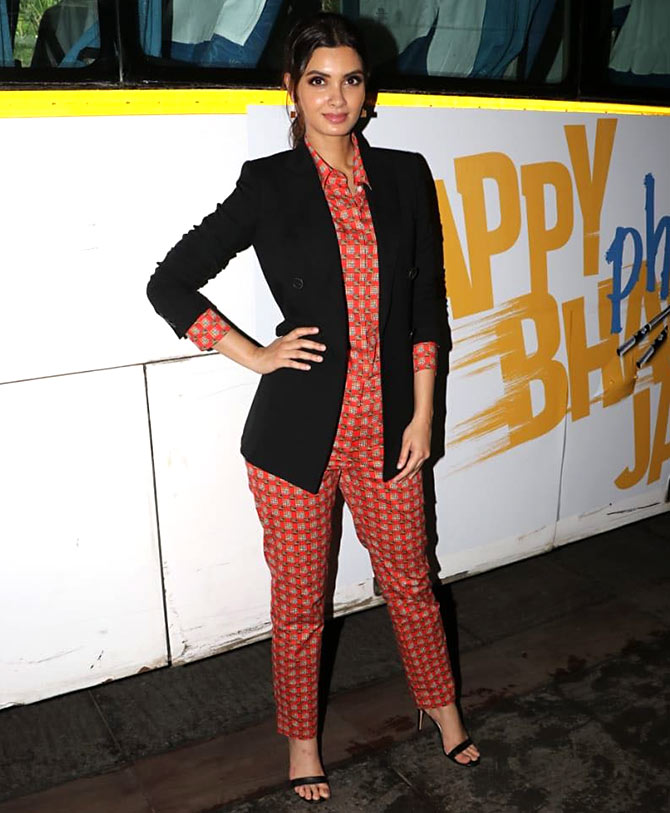 Diana had told us that she hates the spotlight, but one wouldn’t know it looking at this picture. 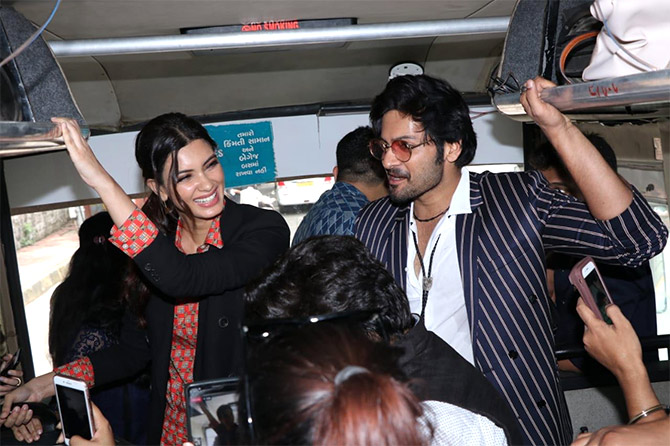 The team arrived in a bus!

Diana and Ali dance, as the media capture them on their cameras. 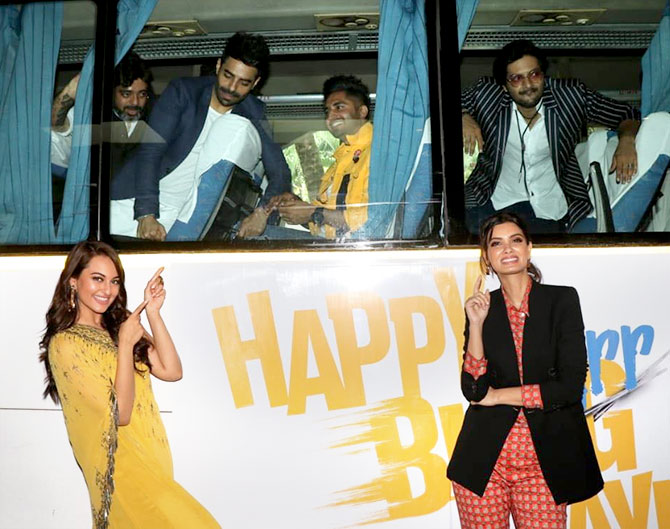 Sonakshi and Diana step out to pose, while the men — Aparshakti Khurana, Jassi Gill and Ali — peep through the window. 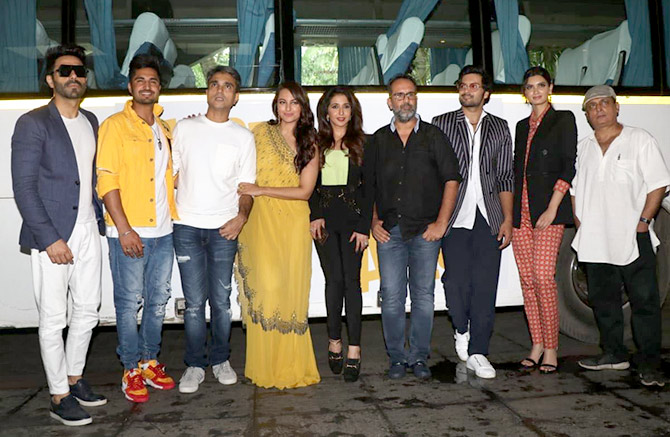 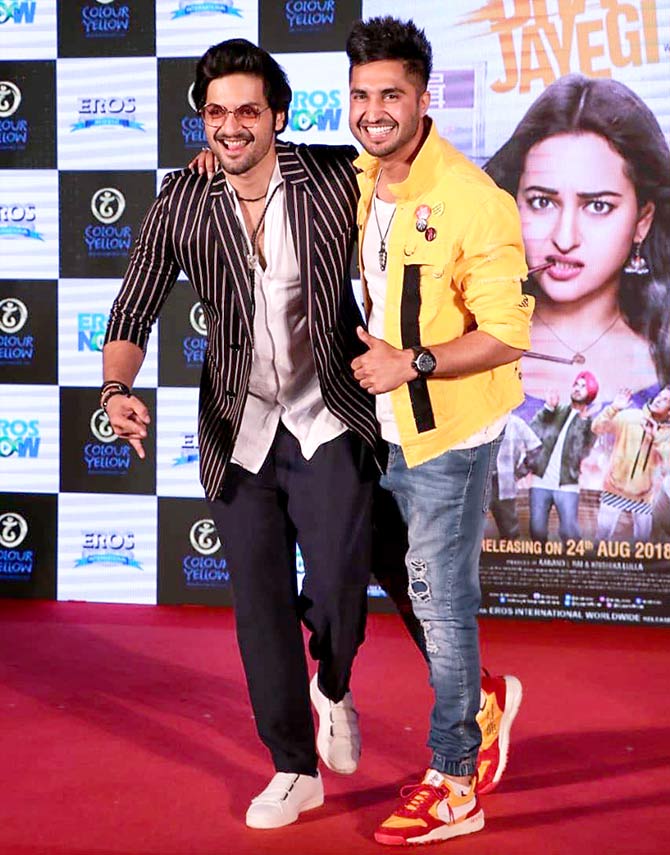 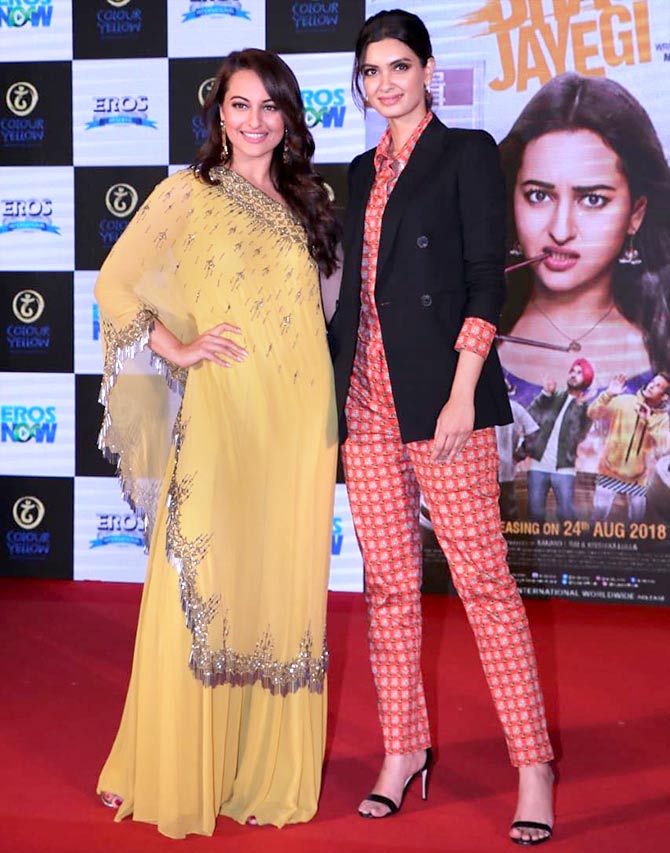 The two ‘Happys’ pose for the cameras. 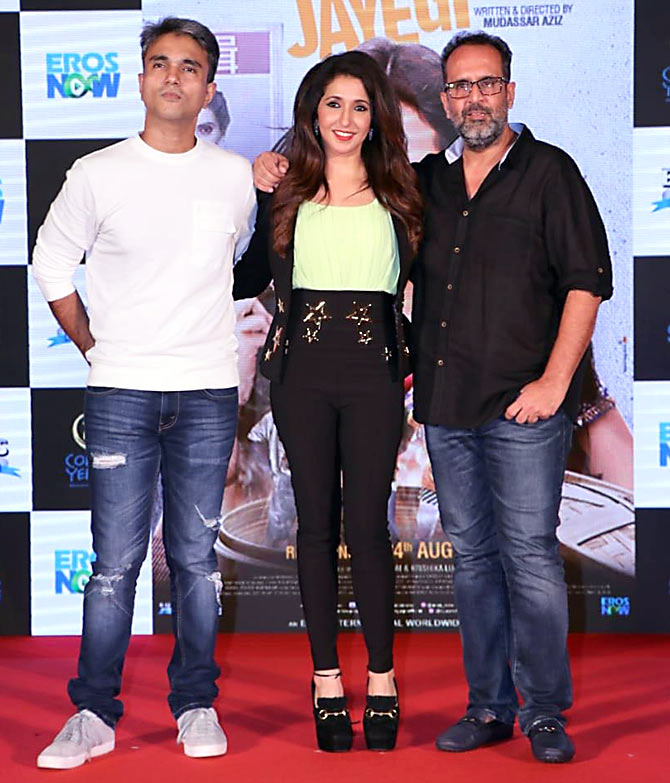 Rai, who is directing Shah Rukh Khan in Zero, likes to make films that make him happy. 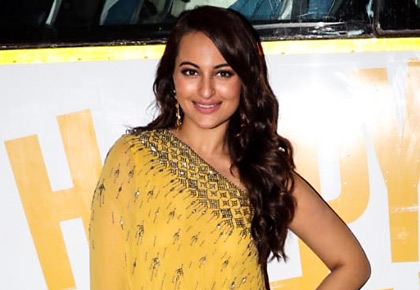 Twitter is not being kind to Sidharth Malhotra, Tara Sutaria’s Masakali 2.0: ‘Excuse me, I want to vomit’