‘There’s just a handful of roles for a few actresses.’
‘When I meet other actresses my age, they say the same thing: No roles!’

Revathy has regaled us with sterling performances in multiple languages for 40 years. Now, she will be seen in the psycho-horror Malayalam feature film, Bhoothakalam, streaming on SonyLIV.

“Though categorised as horror, there’s a lot more going on in there,” she tells Subhash K Jha.

“There are so many layers. The emotional turmoil and the turmoil in the world outside my character are not easy to come by for actresses in our cinema.”

She admits it is becoming increasingly difficult to get roles that still inspire her.

” When the director of Bhoothakalam (Rahul Sadasivan) came to me with this character more than a year ago — he came to me even before the production was put together and I was practically his first choice — I was completely taken up. It was only after he spoke to me that he got the production in place.” 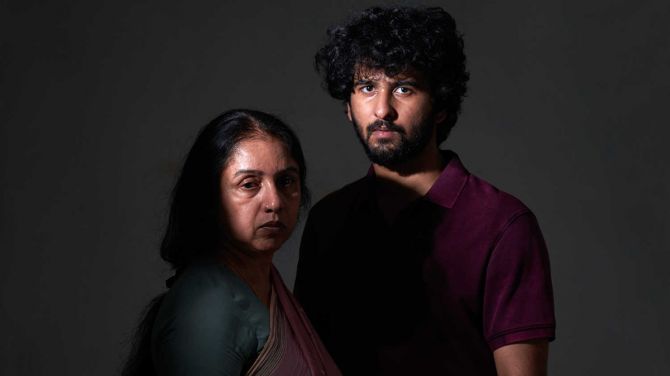 We veer towards discussing the renaissance in Malayalam cinema and how much the OTT explosion helped it.

“In-between somewhere Malayalam cinema had lost its way when it became hero-oriented and male-centric. I think Malayalam cinema has returned to its roots created by Adoor Gopalkrishnan and G Aravindan. But I don’t think the format matters. It is the content. It can be anywhere.

“What really happened to restore Malayalam cinema to its roots is the new generation of directors who began making simple and sincere films. S Bharathan made one of his classics in just 18 days. After that, it became a norm to make films in a limited time and budget which were not star-based.”

Is Revathi comfortable doing Malayalam and Telugu films only?

“I did one Malayalam film Molly Aunty Rocks in 2012. Then I did Virus in 2019, now Bhoothakalam. So it’s three Malayalam films in 10 years, which isn’t that much. In Tamil, I’ve done only one film Power Pandi in 10 years, and two comedy films with Prabhu Deva and Jyotika.” 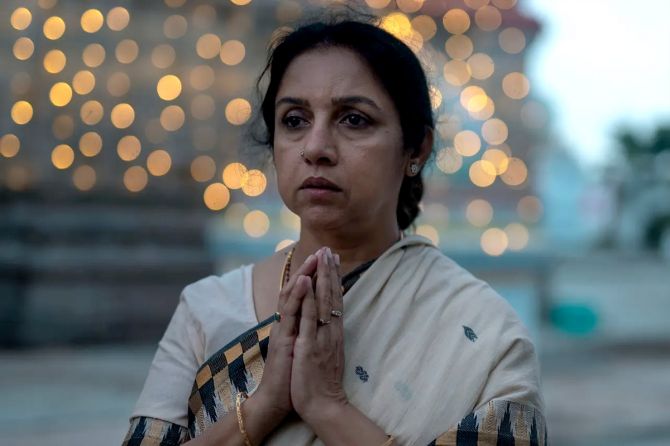 She enjoys doing comedy as it gives her a chance to escape her serious image.

“I enjoyed doing comedy in Jackpot and Gulaebaghavali. But these two were totally slapstick. In future, if I do comedy, I’d like it to be slightly more relevant, like Meryl Streep’s Mama Mia. Way back in 1992, I had done a comedy with Priyadarshan, Muskurahat which I really enjoyed.”

Speaking about her role in the recent Netflix anthology Navarasa, Revathi says, “That was a fabulous experience. It was just three days’ work but the homework had to be watertight. I had so many discussions with my director Bejoy Nambiar.”

Going back, we still remember Revathi as Maggie in Salman Khan’s film Love.While Salman is still romancing heroines who are of the age that Revathi was when she did Love, she has moved on to mother’s roles.

Revathi is okay with that.

“Each actor handles their career in different ways. Whether we like it or not, male actors don’t age on screen. Women do. There’s just a handful of roles for a few actresses. When I meet other actresses my age, they say the same thing: No roles! Meryl Streep does one film in four years. She also complains about the lack of content for women. By the way, she is also tired of her serious image and wants to do fun roles.” Revathi is content with the volume of work she is doing.

“At this stage of my life, I want to give time to my family, my daughter who is nine. When I am shooting, my parents look after her. I am quite happy with the volume of work though I’d have like to get better-written roles.”

What happened to the remake of Mahesh Bhatt’s Arth that Revathi was supposed to direct?

“That project did not fall into place with the right actors. I’ve postponed it for now. We are doing a take on the subject, an idea that remained unexplored in the original. I didn’t want to do a faithful remake. I wanted to take the characters into a different direction. By the way, I played Shabana Azmi’s role in Balu Mahendra’s Marupudiyam, the Tamil version of Arth.”

Coming up next is Major, a biopic on Sandeep Unnikrishnan, where Revathi plays the martyr’s mother.

“It’s very tough to play a real-life character. Here, the amazing thing was that the director did not want me to meet the real character. But director Sashi Kiran Tikka knew exactly what he wanted me to do. I am also doing an eight-episode series with Netflix called Tooth Pari.” 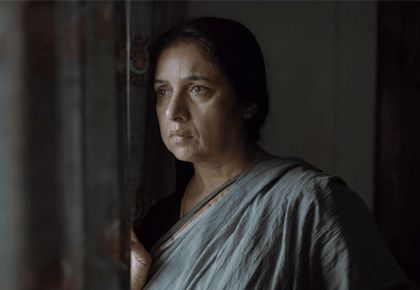