Eamonn Holmes and Ruth Langsford put Martin Kenny, who believes the moon landings were a hoax, against scientist Dr Sarah Bosman, after a survey found a majority of young people believe they were faked.

Martin argued that there was “overwhelming proof” that they were faked, suggesting that modern technology has allowed people to scrutinise it more. 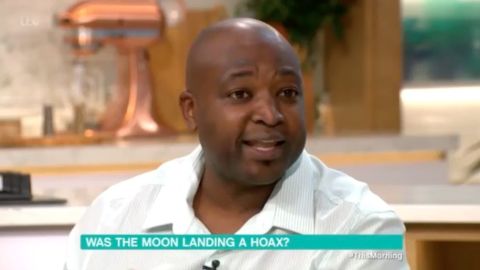 Still, Martin was having none of it, at one point hitting back at Sarah as she tried to interject while he was talking, saying: “Let me finish.”

Sarah also debunked the argument as to why no-one has been back since the 1970s, noting that there had been government funding cuts. 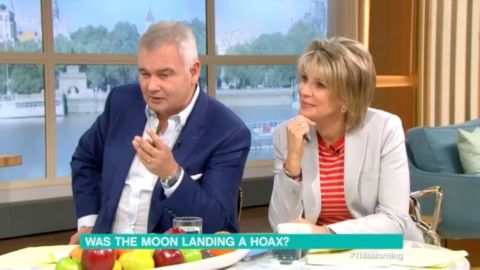 Martin claimed his “smoking gun” was how data proving that man had been to the lunar surface was destroyed, though failed to produce any proof for his argument.

“Some people think the moon’s made of cheese,” Eamonn later joked, though Martin stated his belief that the moon is not solid. Yes, really.

Sarah shook her head in disbelief, and it seemed viewers were doing the same:

Later on, Eamonn cheekily noted: “Most of our lives are so boring that we want to believe.”

However, as Sarah looked at him, he added: “You’ve just given me one of those looks!” To be honest, we’re so with her here.

This Morning airs weekdays on ITV at 10.30am.