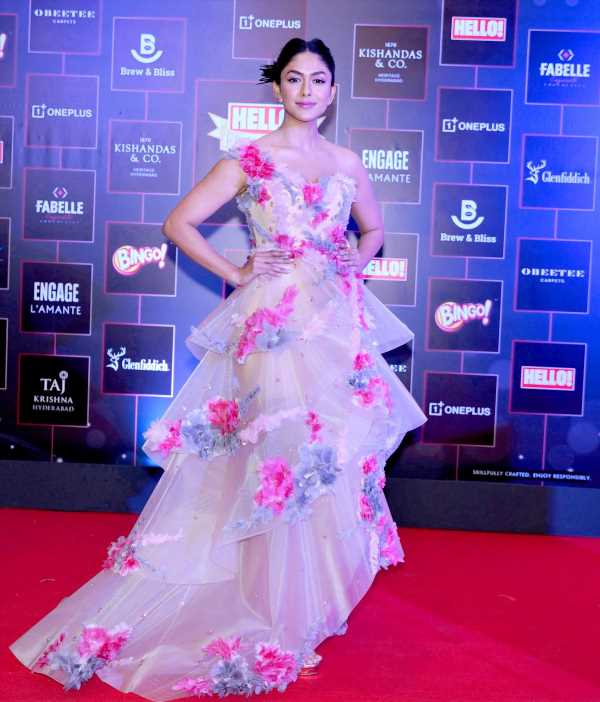 Even as Naatu Naatu enjoys Oscar fame, its south counterparts are getting their share of recognition in India.

At the first HELLO! Hall of Fame South at the Taj Krishna in Hyderabad on Tuesday, January 24, 2023, quite a few movie folk were honoured for their work.

The theme of the night was ‘A Night at the Opera’, and the stars made sure to dazzle on the red carpet.

Mrunal Thakur struck gold with her first Telugu film, Sita Ramam, and wins the Rising Star Of The Year award. Her co-star in the film, Dulquer Salmaan won two awards: Most Stylish Star Of The Year and HELLO! Hall Of Fame Bingo Trendsetter Award. Liger may have been a damp squib, but Vijay Deverakonda won the Breakthrough Superstar Of The Year.

Dev Mohan, who will be seen with Samantha in Shaakuntalam, won the Promising Talent Of The Year award. Adivi Sesh, who gave us Major and HIT: The Second Case recently, won the Breakthrough Performance Of The Year award. Lakshmi Manchu, who starred in Monster along with Honey Rose and Mohanlal, won the Versatile Actor Of The Year. Namrata Shirodkar looks like a boss lady on the red carpet. The host of the awards ceremony, Sophie Choudry channels her inner Elsa.