As we move into election year, a slew of movies is lined up that critics describe as propaganda films, narratives which promote government policies or ideology in a subtle or brazen manner. In the impending fireworks at the box office, Anubhav Sinha is mounting a counter-narrative. He has two films lined up this year: Mulk, which deals with the alienation of Muslims in Indian society; and Abhi Toh Party Shuru Huyi Hai, a political satire, which Anubhav says, “at the cost of sounding sacrilegious, lives in the world of Jaane Bhi Do Yaaro. That’s the propaganda of my version of nationalism. So in a way, these are propaganda films too!” he says, tongue in cheek.

Based on true events where a Muslim family is trying to reclaim its honour, the writer-director says, “It is about neo-nationalism. It is about us. It is an important film for our times.” The teaser shows the protagonist Murad Ali, played by Rishi Kapoor, standing against the wall of his home which has ‘Go to Pak’ scribbled on it. “That’s the writing on the wall! I finished the script in May last year and by October we were shooting. What got me excited was that I know both sides of the story. Maybe I have a clearer perspective on it. Hindu-Muslim riots were a yearly event from the mid-1970s to mid-1980s. I was in Benaras then and belonged to the majority. Then I went to Aligarh Muslim University to study engineering. In Aligarh city too Hindu-Muslim riots were an annual event, but this time I was a minority. I have seen the divide between both sides and have a take on it. The film is that take.”

In cinema, a balanced approach sometimes comes across as tedious, safe. “I am a secular man who believes in inclusion, so balance comes across organically. I didn’t need to make an effort to do it. However, it is a no-holds-barred film. There is nothing that I wanted to say and I have not said.” He wrote 13-14 drafts and made his “moderate and not-so-moderate friends” read them. “I sent the script to a filmmaker friend and she called it a ‘sweet’ film. I said I never wanted it to be sweet. She said it is straight from the heart and that makes it sweet. It is about how we are and how we should be.”

Anubhav says it is a mainstream film that doesn’t have the usual trappings of the mainstream space. He underlines though the film sounds political, it essentially deals with social behaviour. “It doesn’t encourage or discourage any political thought. Maybe it is a Muslim social of our times.” Like Garm Hava was in the ‘70s? “Yes, I had to put on record that at one point of time in India people were like this.”

Like the party in power seems to have proved that it can form the government without the vote of Muslims? “See, governments are overrated. They come and go in 5 or 10 years; it is we who have the power. But we are like Hanuman in Ramayan, who needed to be reminded of his power. There have been periods in our polity where one felt that Hindus were not needed. That was another extreme. It just shows how we are played by politicians.” An optimist, Anubhav says our social fabric is still intact. “It is just a transient phase. We will come out stronger.”

The biggest culprit in damaging the fibre of our society, Anubhav says, has been the lack of education. “I always say this. It is not a coincidence that we have managed to send rockets into space, but our literacy rate continues to be below the world average. It is because governments don’t want an educated electorate. Because if we get educated, we will start asking the right questions. And they don’t want the right questions being asked.” He says the economics of this world is working in a direction where the middle class ceases to exist. “We live in a world where corporates are trying to prove that water is a commodity. The economics of this world is inclined towards creating a divide between rich and poor, and religion is the most convenient tool.”

The film has a strong cast led by Kapoor and Taapsee Pannu, who plays a tough lawyer, Aarti Mohammad. “Taapsee’s biggest strength is her desire to be good. She wanted me to mail her the script, but I insisted on narrating it to her and within two hours she was in my office. She hugged me before leaving.”

As for Kapoor, Anubhav says the seasoned actor’s childlike curiosity keeps him relevant. “He is spontaneous, not obsessive, about preparation. He would call to ask what’s going on. And when I would say nothing much, he would shoot back, ‘baat kyon nahin karte. We are doing a film together.’ He reminded me of Shammi Kapoor, with whom I worked in Shikast at the beginning of my career.” Anubhav found Kapoor conversant in Urdu. “Though he doesn’t talk much in Urdu in daily life, he was thorough with his dialogues. It is like his second memory.”

Listening to him, one almost forgets that Anubhav is the Tum Bin guy. He bursts into laughter. “Well, at that time I was in the prime of my youth.” But there is more to his journey, where he has taken a long route to reach his true calling.

“When I came to Bombay, I used to spend time with veteran director Lekh Tandon. I wanted to be a filmmaker. One day he asked, ‘What kind of films do you want to make?’ I said, ‘I will know when I start making a film. It depends on who I am at that point in time.’ He was of the opinion that one should know. I disagreed.” Looking back, Anubhav now understands what Tandon was trying to say. “I was driven by offers that I was getting. I did a lot of films which were lucrative at that point in time and not necessarily who I was at that point in time. Recently, I was reading my first draft of Ra. One, and discovered that I wrote it as a man vs machine story but, in the whole process of conforming to the Bollywood recipe, it became something else. I don’t want to conform anymore.”

Does he see them as compromises? “That is a bad word. If you see them in the grey light, they were more like adjustments. Adjustments made to make a super hit film according to the Bollywood recipe. It is a tedious and tough task because the adjustments should look organic. Rajkumar Hirani is the uncrowned king of this process. I would rather be a puritan now.” 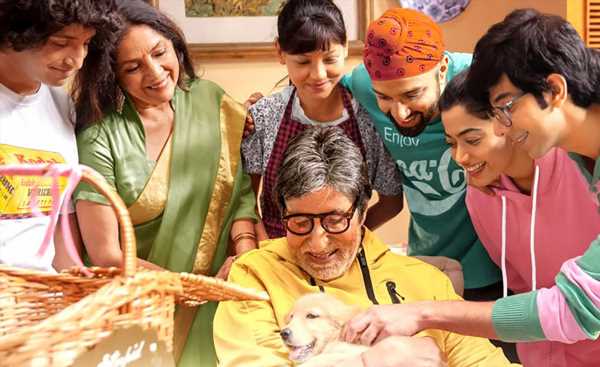