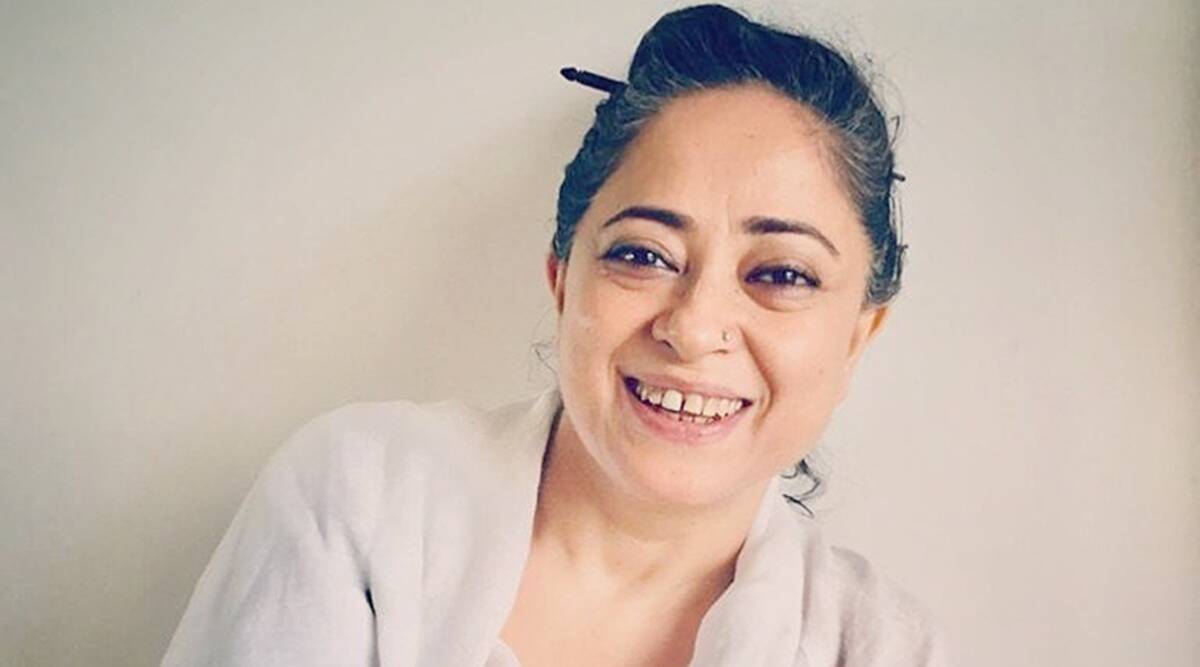 Meet women actors who have been giving us some amazing performances in films and series on OTT platforms in our new series Now Stree-ming, beginning with the very talented Sheeba Chaddha. 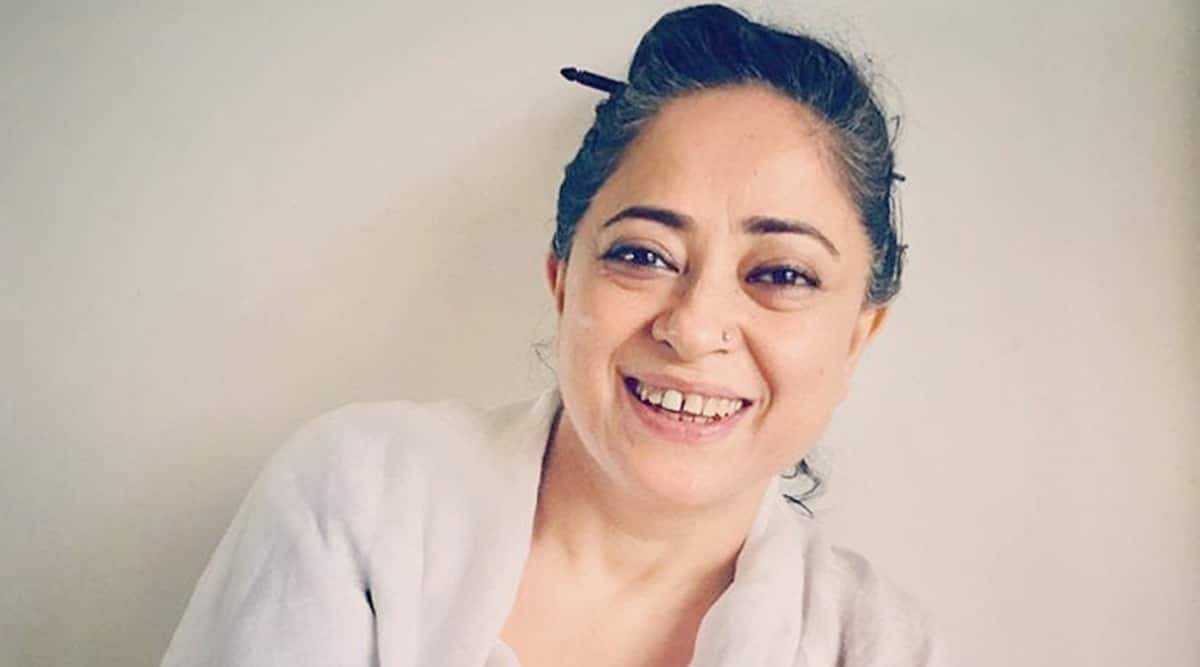 It’s quite unlikely that you haven’t seen a performance by Sheeba Chaddha. Some of you may remember her as the bitter but well-meaning aunt from Dum Laga Ke Haisha, or the concerned but slightly classist mother in Badhai Ho. Perhaps you know her as the long-suffering Mohini whose dreams were cruelly shattered in Bandish Bandits, Mumtaz from Taj Mahal 1989 whose attempts to escape her past fail, or most recently, the heartbroken Usha in Pagglait, who loses her 20-something son. These are just some of the many performances where Sheeba has enthralled us with her ability to find the truth and essence of a character.

As we begin a new series that celebrates women actors who have been giving us some amazing performances in films and series on OTT platforms, and discuss how streaming content has offered a new lease of life to talented actors otherwise battling an ageist film industry, the immensely talented Sheeba Chaddha comes to mind.

Sheeba slips into the flesh and blood of words on a page, bringing women who belong to different socio-economic strata, age groups, professions and even geographic locations to life.

After beginning her career in Bollywood with small roles in Dil Se and Hum Dil De Chuke Sanam (remember Aishwarya Rai’s sister Anu who elopes with her boyfriend Bharat?) and working in multiple films and television shows over the years, Sheeba began her tryst with digital content as Sumeet Vyas’s mother in the show Permanent Roommates. After working in multiple short format videos with TVF, Filter Copy and AIB, Sheeba is now a regular cast member in web series and films streaming on OTT platforms.

But was she wary about being part of digital content after spending several years doing theatre, cinema and television? “Not at all,” she says. “There were no inhibitions at all. The writing was so fresh, the characters were so real and nuanced. There was a conscious effort to do things differently and the teams were open to an actor’s suggestions. Plus, unlike daily soaps, there is no pressure of churning out so many episodes a week and compromising on the quality of content,” Sheeba adds, while talking about what made acting for the web enjoyable.

Having never really enjoyed working on daily soaps, and with Bollywood’s notoriously ageist business still offering a limited number of opportunities, OTT platforms have worked as a game-changer for actors like her. While films in Bollywood are creating better written characters and developing more films with a strong ensemble cast, OTT platforms have ensured an increased number of opportunities that aren’t restricted by age or appearance.

Sheeba candidly discusses how a vast improvement in the writing and a conscious effort by content creators and some filmmakers to keep the pitch real, has made a huge difference. “We have, to a large extent broken out of the typical hero-heroine-maa-villain kind of framework. There has been a shift in the storytelling, and when you are trying to create relatable and complex characters, then you have to cast a real face, or a talent who can pull off the part. That has meant so much more work for actors who perhaps wouldn’t have been cast otherwise, and that’s great.”

Along with better writing there is now a much-needed realisation that while the ‘hero’ and ‘heroine’ maybe still be the most important in terms of the hierarchy in the cast, interesting supporting characters are just as essential. “It’s when everybody is shining that the project can really shine, and people have understood that now. It’s not enough for just the top of the pyramid to sparkle” she adds.

The walls between cinema and a web series are also disappearing, with movie directors and crew members also working on OTT content. Sheeba shares that directors, actors, and several crew members are now increasingly overlapping when it comes to OTT content and mainstream films. “It’s becoming more osmotic,” Sheeba comments while talking about how the working environments are increasingly similar across media.

While she manages to pull off one amazing performance after another, Sheeba surprisingly confesses that she does not spend hours preparing for the character or obsessing over every little detail. “I don’t work on it consciously at all. I try and stay completely present in the moment while performing and I think the speech patterns and body language develop organically once I have committed from my heart and mind to playing a character.”

When asked how she manages to never ‘act’ out a part and instead just ‘be’ the character without a moment’s awkwardness or judgement, Sheeba reveals that while she may not always agree to what her character is doing, she has to keep her personal opinions and judgments aside. “When I am essaying a character, I keep my personal reservations aside, and I try to understand the character’s conviction and play with that. If I put my judgement on it, then I have already gone off the path” she adds as she gives me an insight into just how she manages to create magic with every role she gets.

After over two decades in the business, Sheeba hopes to be surprised with the roles that are offered to her. “I think the ambition is only to be offered good work,” she says laughing when I ask if OTT platforms have given her the freedom to dream bigger dreams as an actor. “I pray that I get more and more interesting characters that create a dilemma ki yeh vala lun ki yeh vala lun. The possibility is there now because a lot of interesting scripts are being written.”

She is now in that slightly fabulous space where she can say her calendar is full and has to sometime say no to roles because there is a clash of dates. “But I wish it happens more often,” she says. The optimism in her voice is heart-warming.

In 2021 Sheeba is looking forward to Badhaai Do that stars Rajkummar Rao and Bhumi Pednekar, and at least 4 other films which are in the pipeline. Like so many of us, she is also hopeful that there will be a third season of Mirzapur and a second season of Bandish Bandits.

We can’t wait to hear the announcements, and watch her on screens big and small, because folks, Sheeba Chaddha ka time aa gaya hain.