If you have read the Mahabharata, you are probably aware of the story of King Parikshit and Takshaka, the serpent king.

Once, while hunting a deer in the forest, King Parikshit meets a hermit who is deep in meditation.

When he asks the hermit about the deer he was hunting, the latter doesn’t respond. The angry king throws a dead snake around the hermit’s neck.

On hearing about this act of sacrilege, the hermit’s son gets upset and curses Parikshit that, within seven days, he would die of a snake bite. Takshaka, the serpent king, vows to kill Parikshit.

Parikshit fears for his life and builds a strong home to protect himself from the curse. He manages to cheat death several times. Ultimately, Takshaka turns into a puzhu (worm) and comes to Parikshit’s table in a fruit basket. When Parikshit eats the fruit, it leads to his death.

Directed by Ratheena, Puzhu — starring Mammootty and Parvathy — is a modern adaption of this tale.

Kuttan (Mammootty) is a Brahmin police officer and widower who is extremely disciplined and protective about his only son, Kichu (Vasudev Sajeesh).

He disapproves of his sister Bharathi’s (Parvathy) marriage to Kuttappan (Appunni Sasi), a scheduled caste theatre artiste who ultimately moves into the same residential society where Kuttan lives.

Through flashbacks, we learn of Mammootty’s unpleasant past and possible enemies who he suspects are trying to kill him. However, most his investigations lead to dead ends, leaving him in a state of paranoia and disappointment.

Kuttan’s temper and impulsive reactions to people and situations annoys his son to such an extent that he wishes to kill his father.

Just when Kichu distances himself from his father, Kuttan discovers that his sister is pregnant. He can’t tolerate it and tries to negotiate with Bharathi who is adamant.

In Puzhu, Kuttan plays the arrogant King Parikshit who is cursed to be killed. Although he is aware that Takshaka is waiting for him and manages to escape death several times, the puzhu will find its way.

For her debut film, Ratheena’s adaptationmtriumphs in many ways, but mostly for the portrayal of its lead character, Kuttan.

For someone like Kuttan who insists that the tomato is a vegetable and not a fruit and healthy teeth are always white, not yellow, change doesn’t come easy, nor does acceptance of reality.

Kuttan will punish his only child and make him reiterate ‘tomato is a vegetable’ 500 times, but cannot accept that he could be wrong. But is Kuttan a bad father for teaching his son what he was taught by his father and by his teachers in school? How can discipline be such a bad thing?

Kuttan’s disgust, lack of sensitivity and resistance to change finds reason in his brother-in-law Kuttappan’s choice of theatrical subjects that question caste and patriarchy.

Mammootty plays the despicable Kuttan with absolute integrity. His effortlessly twitching face and body language do most of the talking. When he opens up to his bedridden mother, Kuttan comes clean about his flaws and misdoings, almost like he’s the victim.

Meanwhile, Parvathy — who has very little screen presence — portrays the pain and emotions of a sister and wife quite well. The interactions between Kuttan and Bharathi, though minimal, are intense.

From an obedient son who wouldn’t question his father for fear of being punished, Kichu’s transformation to a rebel won’t surprise you at all.

The beauty of this slow burn thriller lies in the subtle integration of each of its characters that draw you to their version of the subplot.

Unlike the Rohit V S-directed Kala, which was quite stylish and extrovert in its execution of hate and bigotry, or Jithin Issac Thomas’s unsettling portrayal of the septic tank cleaner in Pra. Thoo. Mu (part of the Freedom Fight anthology), Puzhu lets you view Kuttan’s world of hate without actually spelling things out.

The dramatic use of theatre to fill in the missing pieces of the puzzle may not entice everyone because it still leaves a lot to your imagination.

While there are instances in which Puzhu makes you a little uncomfortable, it unfortunately doesn’t let you empathise with any of its victims. This, I feel, is where I feel it largely fails.

Overall, while Puzhu is non-judgmental, it leaves you with just enough to ponder upon. 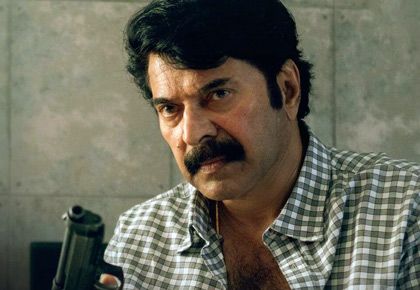