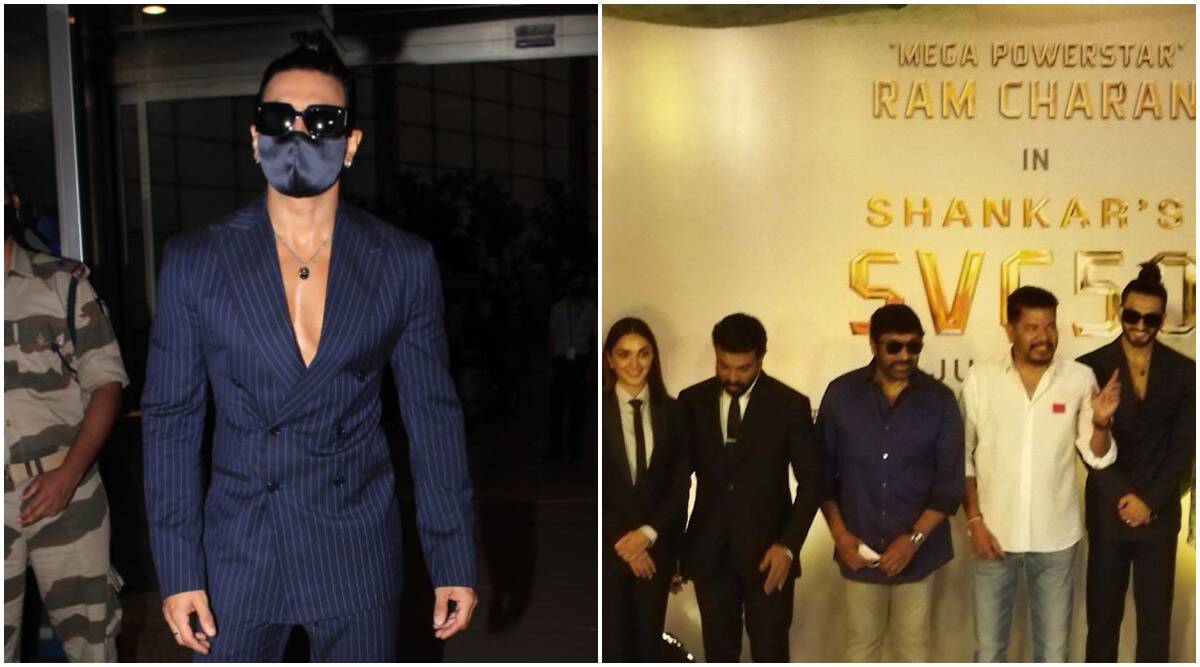 Ranveer Singh's latest look has left internet abuzz. The actor wore a pinstriped suit to RC 15 launch, but minus a shirt. Film's two lead actors Kiara Advani and Ram Charan were also in suits but Ranveer clearly stood out. 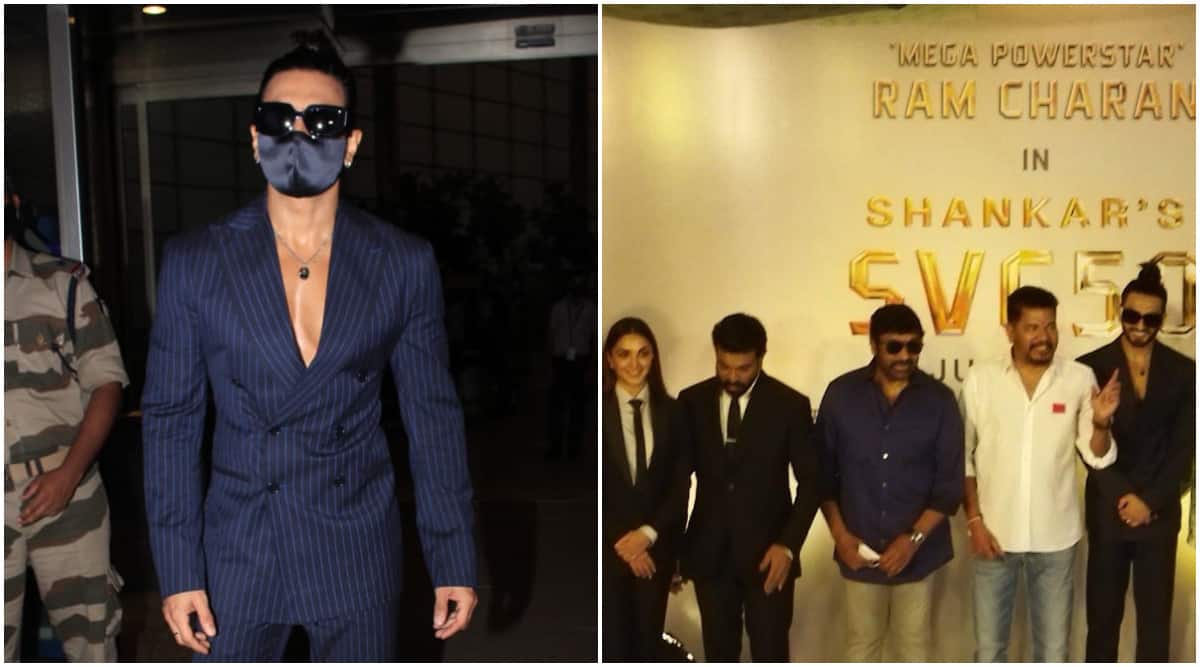 Everytime Ranveer Singh steps out, he ensures that he makes a fashion statement, that too a bold one. Ranveer was spotted on Wednesday at Mumbai airport as he left for the launch of Ram Charan’s next film, tentatively titled RC 15. The actor was dressed in a suit but dropped the shirt. He accessorised his look with two ponytails, making quite a statement.

Ranveer was clicked by paparazzi stationed at the airport and in the pictures that are now doing rounds on the internet, he is seen getting out of the car and strutting his way to the airport entrance. Ranveer was in a blue suit without a shirt, and donned shiny black leather shoes. He teamed it up with a mask, a cool pair of chunky glasses. Ranveer also posed for the paps before entering the airport. 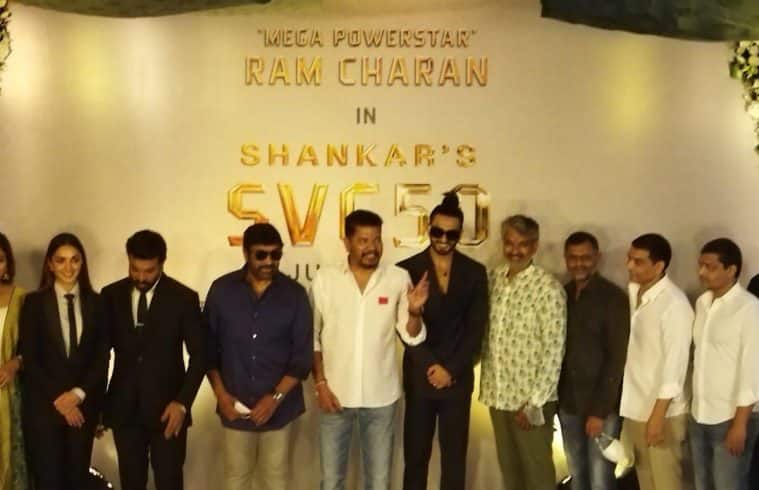 The Gully Boy actor even managed to stand out at the launch of the film where director SS Rajamouli and Chiranjeevi were also present. The film, directed by Shankar, stars Ram Charan and Kiara Advani. Kiara and Ram were also seen in suits but Ranveer, for obvious reasons, stood out.

Known for his quirky style, Ranveer had once opened up about the inspiration behind his fashion sense. He had said, “I’ve always been attracted to edgy avant-garde style. Growing up, in school and college, I was always open to experimenting – matching outfits with my haircuts.”

On the work front Ranveer will be seen in Cirkus with Pooja Hegde and Jacqueline Fernandez. Besides this, he also has ’83 with Deepika Padukone and Jayeshbhai Jordaar in his kitty. Ranveer has also started shooting for Karan Johar’s romantic comedy Rocky Aur Rani Ki Prem Kahani with Alia Bhatt. The film also stars Dharmendra, Jaya Bachchan and Shabana Azmi.