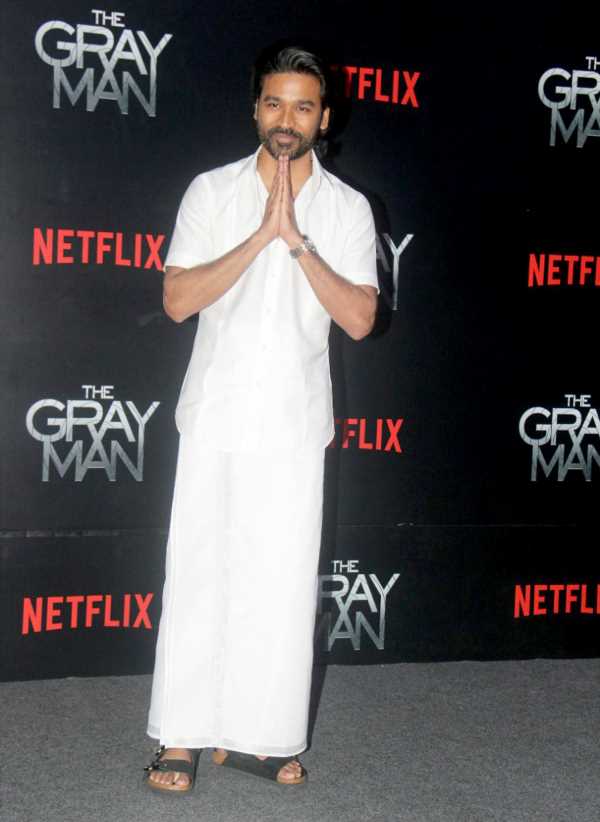 Joining the Russo brothers was Dhanush, who plays an assassin in the The Gray Man. Dhanush had attended last week’s LA premiere with The Gray Man‘s other stars: Chris Evans, Ryan Gosling, Ana de Armas and Billy Bob Thorton.

Joe has been to India before.

Three years ago, he was here to promote Avengers Endgame.

Glimpses from the Mumbai screening:

Dhanush wears a veshti to the The Gray Man screening. 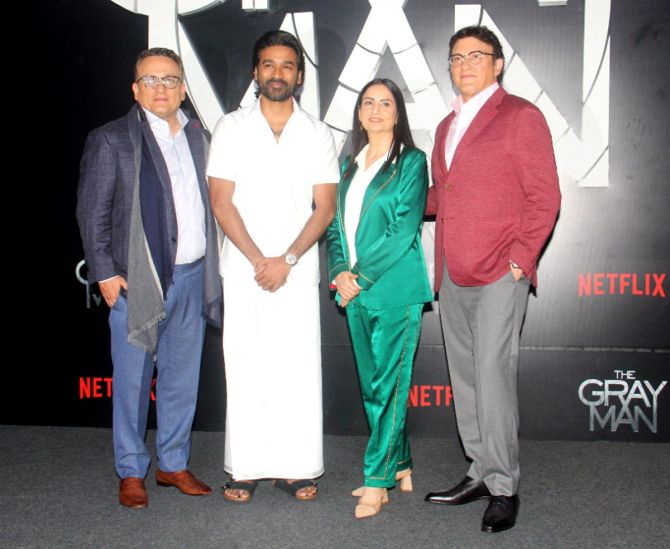 Dhanush and Vicky catch up. 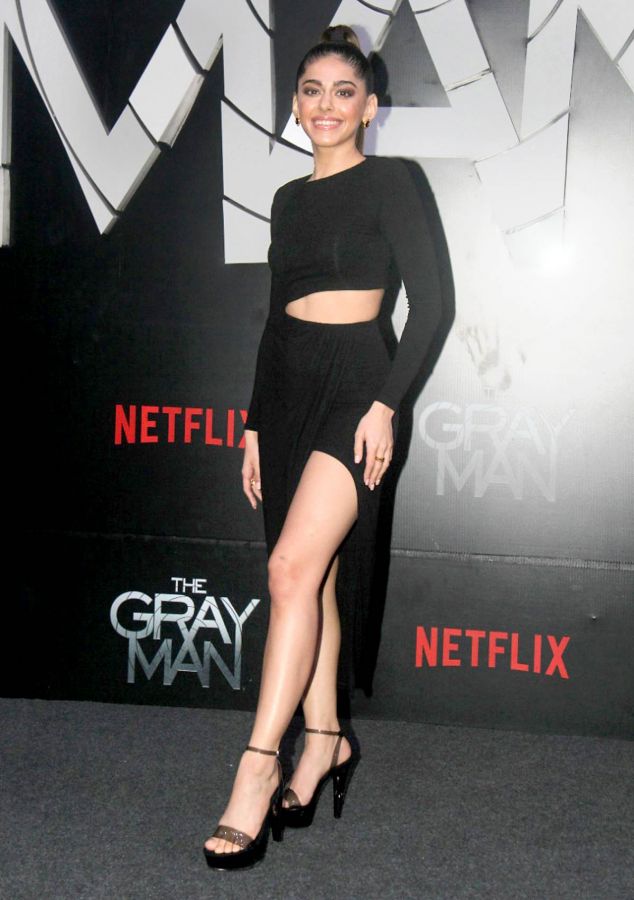 Alaya F glams up in black. 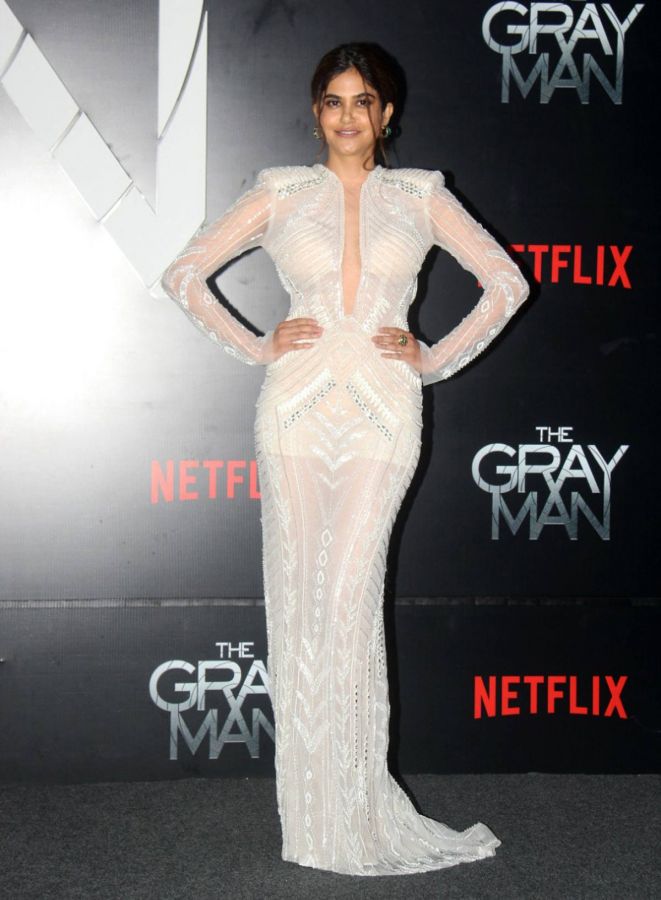 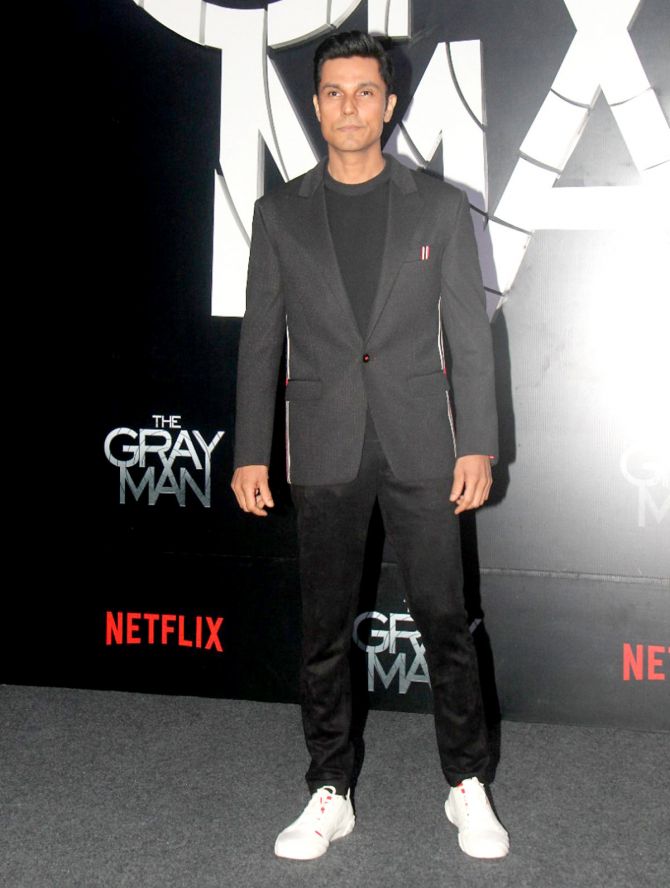 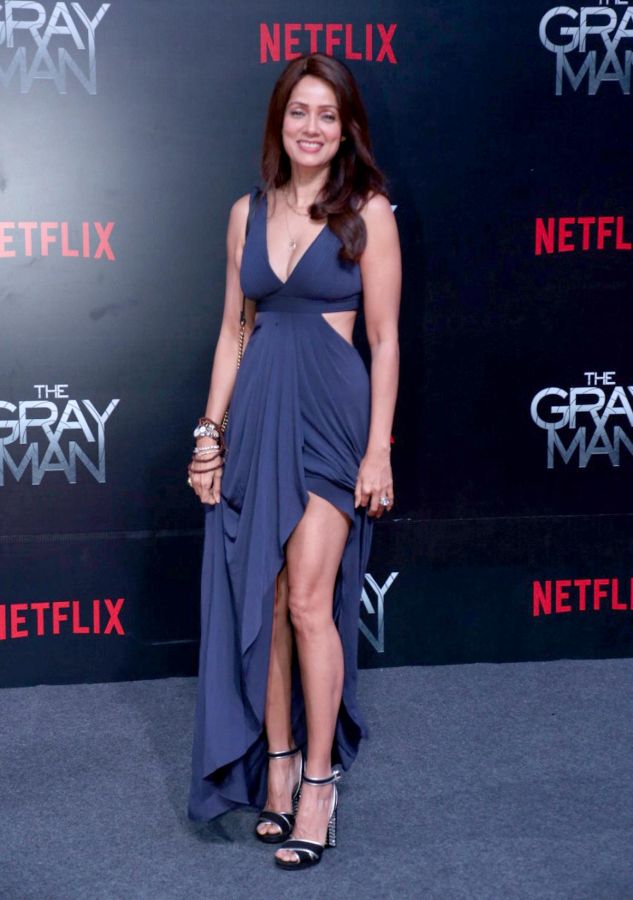 Vidya Malvade, who played an evil psycho in Abhay 3, streaming on ZEE5, smiles for the cameras. Director Aanand L Rai, who introduced Dhanush to Bollywood in Raanjhanaa joins the Russos for a pic. 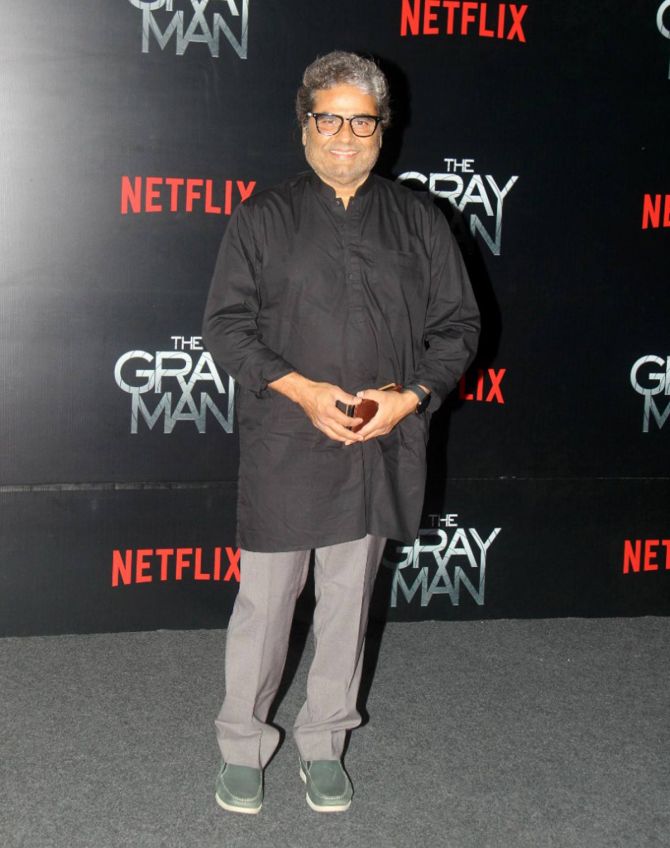 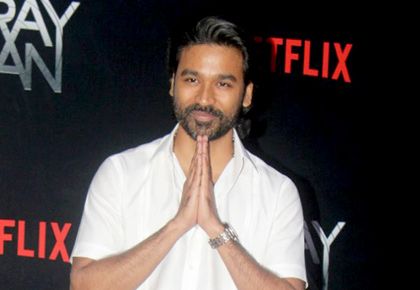