There is now a behind-the-scenes discussion to evict Sajid immediately.

When MeToo-tainted film-maker Sajid Khan made a quiet entry into the Bigg Boss house last week, the uproar that followed was only to be expected.

Social media is filled with howls of outrage. Singer Sona Mohapatra called out Javed Akhtar and son Farhan Akhtar — Sajid’s uncle and cousin — for not speaking out against Sajid’s clean-chit treatment.

Iranian actress Mandana Karimi, lately in the news for protesting in Mumbai against the code of dress imposed on women in her home country, announced her decision to quit Bollywood after Sajid’s entry into Bigg Boss. Mandana feels there is little respect for women in Bollywood, and she is not wrong.

In a video clip that Kangana Ranaut shared on social media from the BBC documentary Death In Bollywood, suicide victim Jiah Khan’s sister Karishma has made fresh allegations against Sajid.

This seems to have shaken up the Bigg Boss producers. There is now a behind-the-scenes discussion to evict Sajid immediately.

“The brand is affected. Salman Khan, who hosts the show, is also not sure whether the decision was the right one,” a source tells Subhash K Jha. “He (Sajid) is likely to be out sooner rather than later.”

No third season for Aarya? 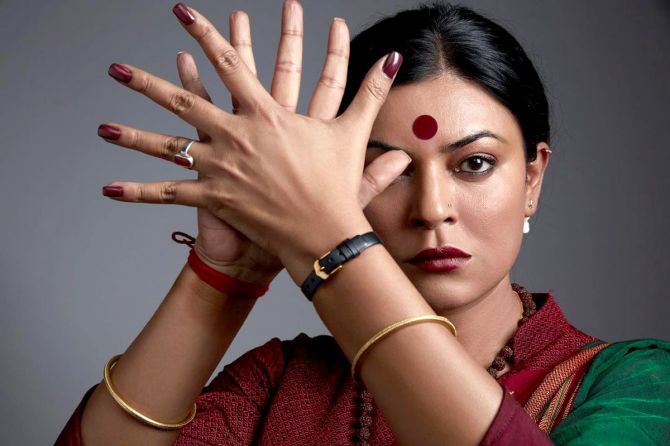 The ever-adventurous Sushmita Sen will play a transgender character based on transgender activist Gauri Sawant in Director Ravi Jadhav’s Taali.

Jadhav earlier helmed a provocative Marathi film Nude, which raised many eyebrows for its unabashed imagery.

Whether Jadhav’s new project would have the same bite as Nude remains to be seen.

Sushmita’s casting raises some creative issues. Can she pull off the Maharashtrian activist’s accent, attitude and chutzpah?

Incidentally, there is reliable information that there will be no third season of Sushmita’s Netflix series Aarya after the poor response to the second season. 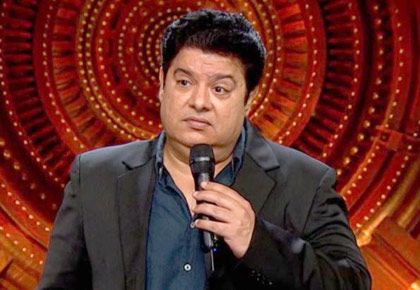