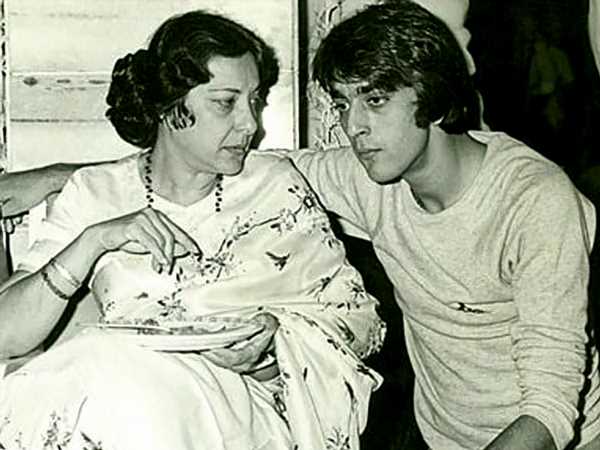 ‘I don’t think my troubles would have happened if she was with me. I kind of lost my way after she was gone,’ Sanjay Dutt once told Subhash K Jha about his mother Nargis, the legendary actress who passed away this day 41 years ago.

Nargis Dutt was in her 20s when she played her future husband Sunil Dutt’s 70-year-old mother in Mehboob Khan’s magnum opus Mother India, with Nargis in a performance that defined dramatic acting for all times to come.

Later on, Nargis was to confess that she never thought the film would become synonymous with her career.

She did other female-oriented films like Lajwanti and Raat Aur Din, but wherever she went, she was hailed as Mother India. 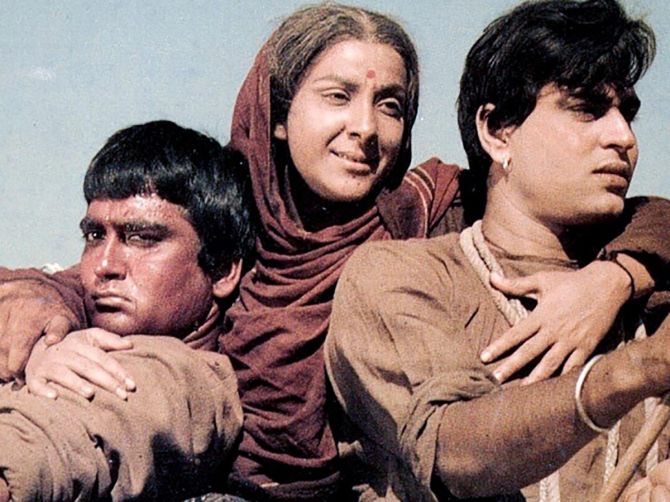 Her last wish was to see her darling son Sanjay Dutt on the big screen in Rocky.

That was not meant to be.

Sanjay Dutt once told me how he and his dad — the much-respected Sunil Dutt — wept for the woman they loved.

“I miss her, yaar. I miss her all the time,” Sanjay had once confessed to me.

“And you know what? I don’t think my troubles would have happened if she was with me. I kind of lost my way after she was gone. She was my anchor and fairy godmother. She made every wish of mine come true.” 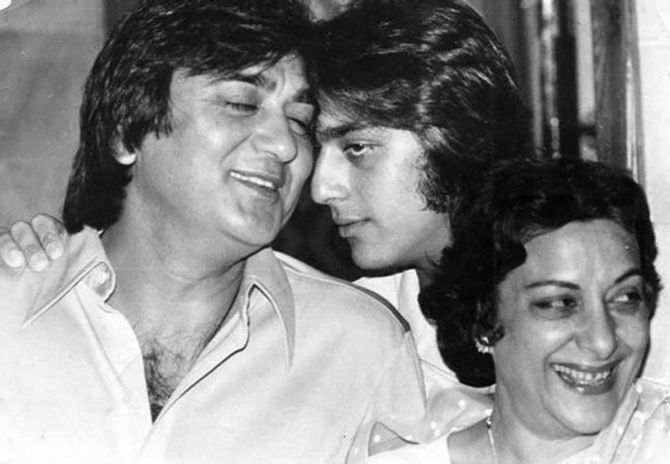 It is also true that Nargisji spoilt her son silly.

“She let him do whatever he wanted and covered up for him whenever Sanju’s disciplinarian father tried to control him. Duttsaab would ask where Sanju was, Nargisji would say he was in his room. She would sneak him back into the house in the wee hours as if he was sleeping the whole night,” a senior actress once told me.

She had the strength to walk out of a 10-year relationship with Raj Kapoor when she saw no marriage and no future.

Within months of the breakup, she met and fell in love with Sunil Dutt on the sets of Mother India.

Theirs was one of the most successful marriages in Bollywood.

After marriage, Nargis never looked back at her career.

Her final film Raat Aur Din, where she played a split personality and for which she won the National Award, was released after her wedding. 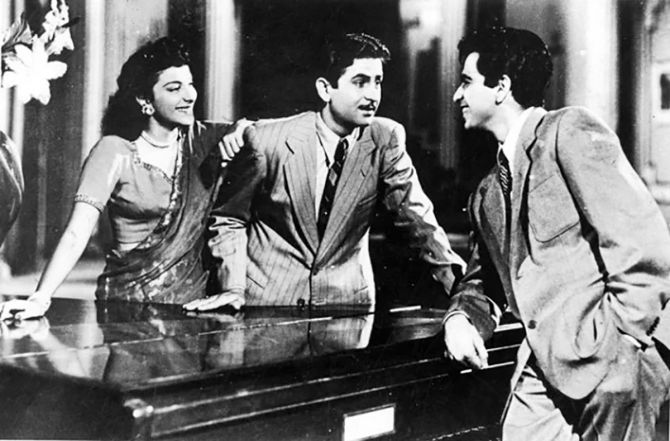 Some of her other notable films featured her as the strong resilient woman who often wore the pants in a marriage.

In Mehboob Khan’s Andaz (1949), she was the headstrong woman Neena, who sees nothing wrong in keeping male company in her circle of friends.

In Raj Kapoor’s Awara, she was again the headstrong, westernised cool lady.

An image change came with Lajwanti and Ghar Sansar, both co-starring Balraj Sahni, where she played the central role of the indomitable homemaker.

In 1957, a year after she broke away from Raj Kapoor, Nargis starred in Mother India.

Interestingly, I S Johar, known for his satirical comedy, made and released Miss India with Nargis in the lead, during the same year as Mother India. 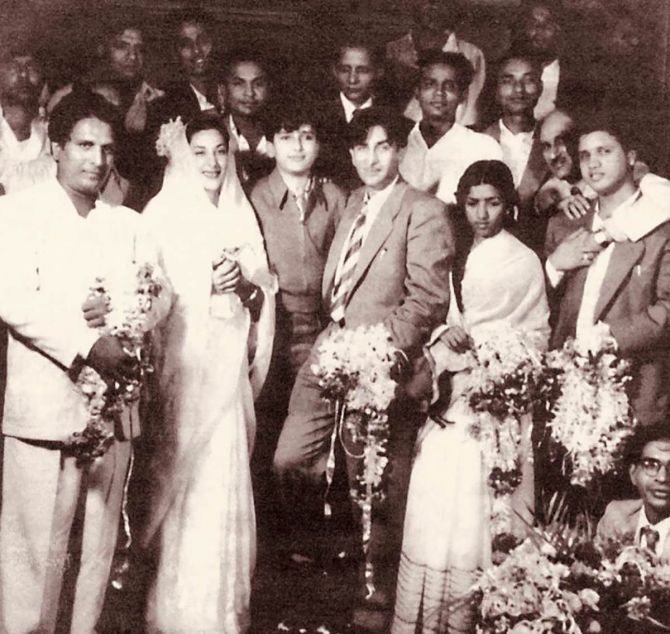 Contrary to widespread belief, Nargis’s best performance was not in Mother India.

It was in Adalat in 1958, where she played a reluctant prostitute with just the right amount of passion and pathos.

Lataji and Nargisji were close friends and the actress insisted on Lataji‘s voice.

Lataji once recalled, “Nargis lived in Marine Drive, quite close to Walkeshwar where I stayed, so we met at home as well as the recording studios. She used to be present for all the song recordings of Raj Kapoor’s films. She would bring sandwiches to the studios and feed us. Jaane kahan gaye woh din!“

Lataji remembered the actress as possessing tremendous elegance: “She was a woman with great poise. Her lifestyle clothes and speech were always proper. I never saw her improperly dressed. She always wore white saris with matching accessories. Since white was my favourite colour, she would send over the door-to-door sari sellers from Lucknow to my house. I have never seen her wearing non-white.”

She made her last appearance in a Raj Kapoor film in 1955, singing Jago Mohan Pyare in Lataji‘s voice. 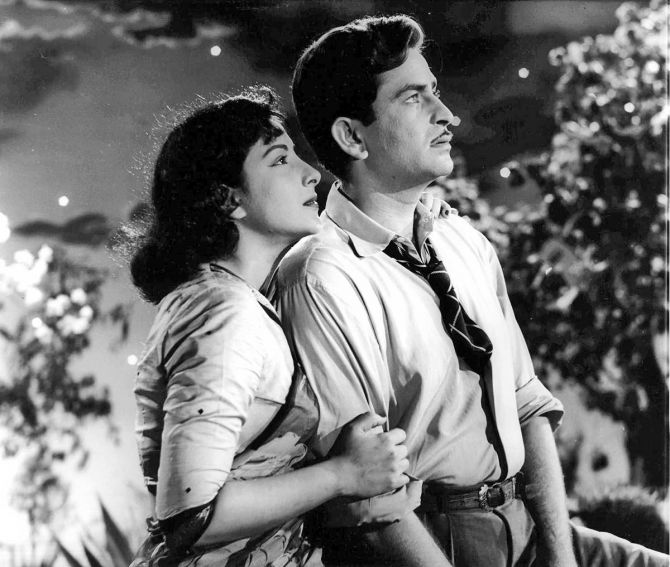 I remember the enigmatic Rekha’s words to me about Nargis: “She was visible everywhere, from cinema to politics. Yet, what mystique she conveyed! To this day, she’s an enigma to everyone, including her own children. Sanju remembers her only for the love that she showered on him and that he gave back to her unconditionally. Beyond that, he knows nothing about her.”