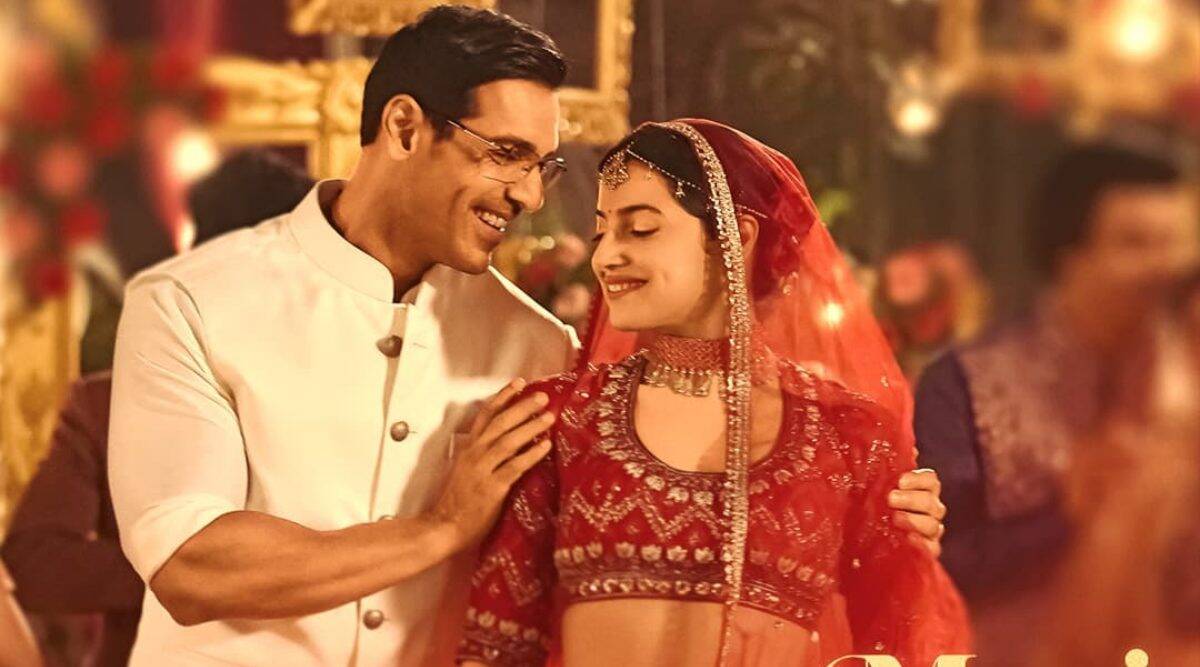 Satyamev Jayate 2 song 'Meri Zindagi Hai Tu' is a rehashed version of Nusrat Fateh Ali Khan's original song of the same name. It has been picturised on John Abraham and Divya Khosla Kumar. The makers of Satyamev Jayate 2 have released a new song from the movie featuring John Abraham and Divya Khosla Kumar. Titled “Meri Zindagi Hai Tu”, the romantic number is a rehashed version of Nusrat Fateh Ali Khan’s original song of the same name. The original composition was penned by Nasir Kazmi.

In the Satyamev Jayate number, Divya and John are soaked in love as they dance on the festival of Karwa Chauth. It has Divya decked up as a bride and John looks dapper in his traditional white attire. “Meri Zindagi Hai Tu” has been composed by Rochak Kohli and sung by Neetu Mohan and Jubin Nautiyal. Manoj Muntashir has given the lyrics of the song.