Directed by Hansal Mehta, Scam 1992 is based on the book The Scam by Debashish Basu and Sucheta Dalal. It stars Pratik Gandhi, Shreya Dhanwanthary, Sharib Hashmi, Satish Kaushik, Rajat Kapoor and others. “Bigg Bull, Man of Integrity, Bachchan of BSE”. These are some of the words used to describe Harshad Mehta, the subject of Hansal Mehta’s upcoming financial thriller Scam 1992 – The Harshad Mehta Story, whose trailer released today. Harshad orchestrated the Rs 5,000-crore 1992 securities scandal, which led to the exposure of many loopholes in the functioning of the stock market and banks.

In Scam 1992, Pratik Gandhi plays Harshad Mehta, the man who wants to create history and is not afraid of risks. He recognises fault lines in the functioning of the Bombay Stock Exchange and manipulates these to become its undisputed king. But then appears Sucheta Dalal, played by Shreya Dhanwantry, the journalist who exposes Mehta.

Watch the trailer of Scam 1992 – The Harshad Mehta Story here:

Going by the trailer, Gandhi seems to have gotten into the skin of his character and how. Dhanwanthary who has earlier impressed with her performance in The Family Man and A Viral Wedding looks the part of a journalist. Apart from them, the web series, which promises to be an intriguing affair, also boasts of a stellar cast including Sharib Hashmi, Satish Kaushik, Anant Mahadevan, Rajat Kapoor, Nikhil Dwivedi, K K Raina and Lalit Parimoo.

Directed by Hansal Mehta, Scam 1992 is based on the book The Scam by Debashish Basu and Sucheta Dalal. 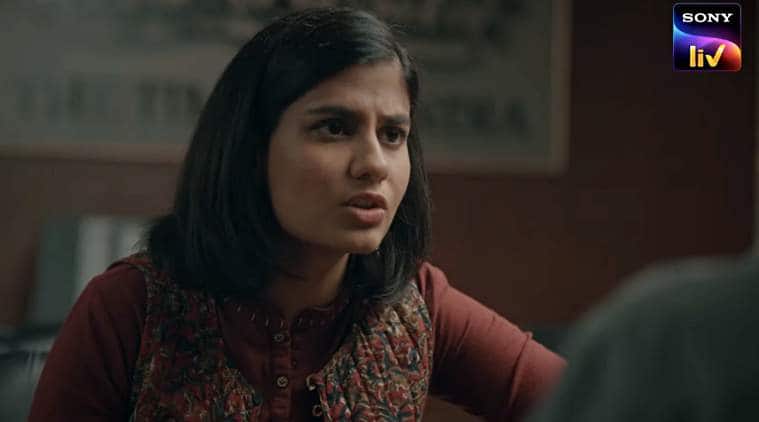 The shoot of the web series was wrapped up in March this year. Mehta had tweeted, “We wrapped a mammoth 85 days shoot spanning 6 months, 550 pages, 170+ characters and 200+ locations. It was tough but eventually satisfying. A great team saw this (and is still seeing it) through all the limitations and adversities. #Scam1992 is THEIR show. Thank you team!”

While announcing the project in 2018, Hansal Mehta had shared, “I had read The Scam many years ago and even toyed with the idea of making it into a film. The film never got made! I believe every story has its destiny. With our newspapers screaming scam every single day, I think the time for telling these stories was just right. When Sameer and I met to discuss what we could do together, and he offered this subject to me, I had to say yes! I have a lot of respect for Sameer and his knack of choosing content that is relevant and has the potential for mass viewership. I’m looking forward to bringing this thrilling drama to life!”

Scam 1992 – The Harshad Mehta Story will start streaming on SonyLIV from October 9.