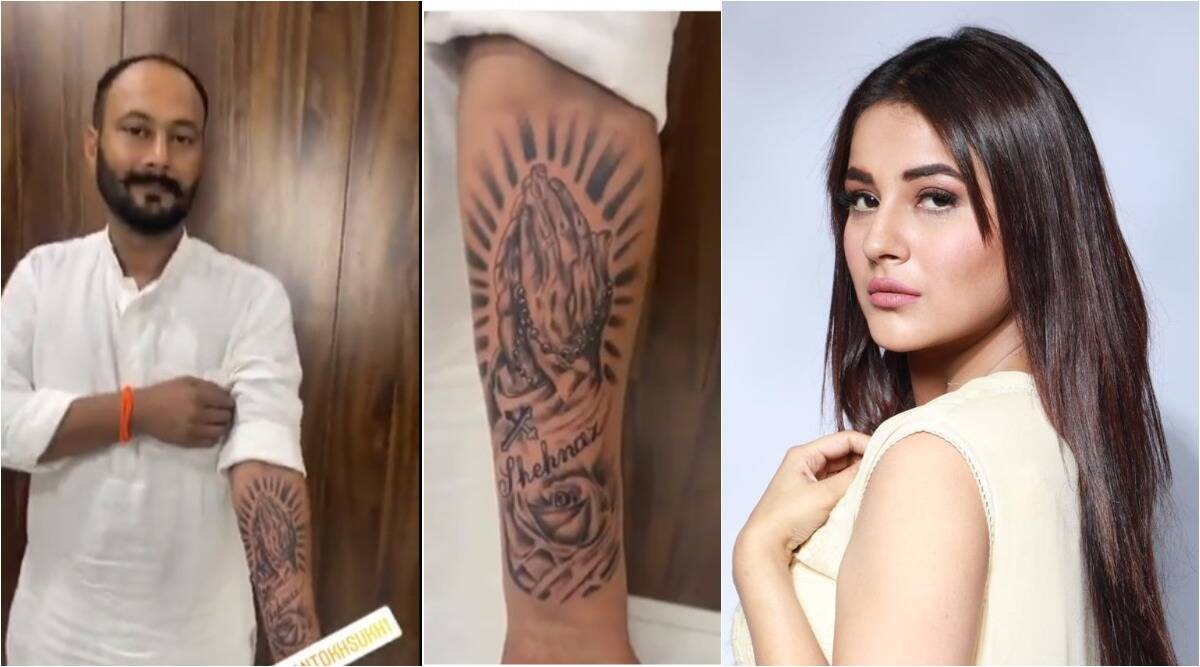 Shehnaaz Gill fan pages uploaded a video of her father tattooing her name along with a peace symbol. Watch here. Sidharth Shukla’s fans are yet to come to terms with his sudden demise. His family and best friend, and also rumoured girlfriend Shehnaaz Gill are said to be left distraught after the tragic incident. While Shehnaaz is trying hard to overcome his loss, her father has now tattooed her name on his hand as a mark of support for her.

One of Shehnaaz Gill’s fan pages Shehnaaz Ki Update shared a video of the actor’s father getting a tattoo of her name on his arms. Apart from the words Shehnaz, the design also has a folded hands with rosemary representing the act of praying. “He actually did a tatto thats sweet of him plz don’t judge him now for this #ShehnaazGill #Shehnaazians,” wrote a user. Another person wrote, “Shehnaaz ke papa ne shehnaaz ke liye tattoo banya , praud father thank you @santokhsukh1 , @santokhsukh2 papa gill.”

While fans lauded his action, a few mentioned how it’s a personal gesture and should not be publicised on social media. They also wrote that the two do not share a very warm relationship.

Sidharth Shukla passed away on September 2 after suffering a massive heart attack. A couple of days later, the actor’s family released an official statement requesting privacy.

“Heartfelt gratitude to everyone who has been a part of Sidharth’s journey and showered him with unconditional love. It definitely doesn’t end here as he now resides in our hearts forever! Sidharth valued his privacy, hence we request you to allow our family the privacy to grieve.” Thanking the police, the statement continued, “A special Thank You to the Mumbai Police force for their sensitivity and compassion. They have been like a shield, protecting us and standing by us every minute of the day! Please keep him in your thoughts and prayers. Om Shanti – The Shukla Family,” the statement read.