Today (August 1) is seen as a celebration of everything to do with the amazing superhero, seeing as his comic book debut, Amazing Fantasy issue 15, was released in August 1962.

To mark the occasion, Sony has released the logo for Spidey’s next solo outing in the Marvel Cinematic Universe, Spider-Man: Far From Home.

As well as the logo, Sony shared a new image from upcoming animated movie Spider-Man: Into the Spider-Verse, which shows Miles Morales looking at the original costume.

Of course, yesterday (July 31) saw the latest trailer for the Venom movie drop online. The film stars Tom Hardy as one of Spidey’s most famous bad guys, but isn’t set in the same continuity as the Marvel Cinematic Universe, and likely won’t feature an appearance by the webhead.

Despite the lack of MCU connections, it doesn’t mean that Sony isn’t planning to spin Venom off into multiple things. 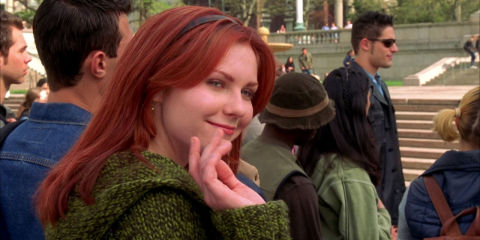 “We’re definitely planning a huge world with this Venom story,” director Reuben Fleischer confirmed at the San Diego Comic-Con panel. “We want to be able to satisfy our own desires and the desires of fans to explore all the beloved characters in this universe.”

Spider-Man: Far From Home is expected to have a lighter tone, similar to Homecoming. Lord knows we need it after Avengers: Infinity War.

Venom will be released on October 5, while Spider-Man: Far From Home is planned for release on July 5, 2019.