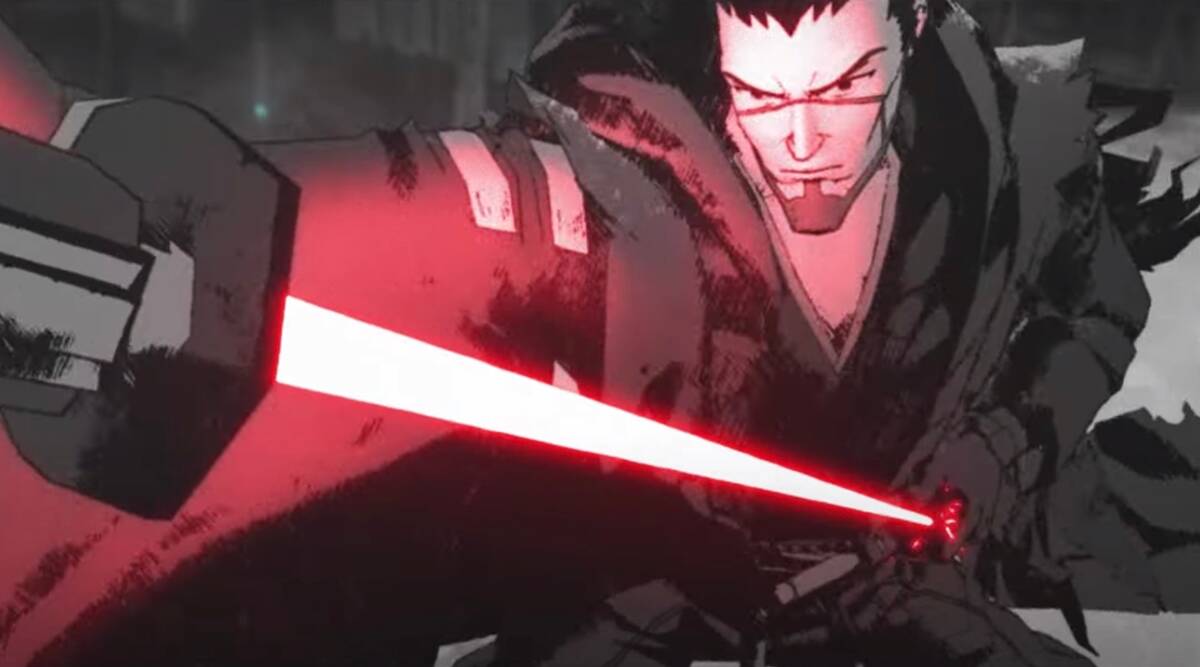 Star Wars Visions is often wonderful, and that is mainly because of the distinct visual styles and freshness on display here. This is Star Wars, unlike you have never seen before. Lucasfilm and Disney have certainly taken a creative risk here as Star Wars fans can be quite protective of the franchise and its tropes. And I think the risk has paid rich dividends. Star Wars has not felt this fresh since Rogue One.

The result is often wonderful, and that is mainly because of the distinct visual styles and freshness on display here. This is Star Wars, unlike you have never seen before.

Visions finally lets Star Wars get out of the shadow of the Skywalkers it has been in ever since the first movie came out in 1977. The shorts, despite coming under the overarching ‘anime’ umbrella, are unique in terms of imagery and tone.

The first short, titled The Duel, features a lone Samurai-like warrior called Ronan who sees the forces of the Empire, who are calling themselves Bandits, attacking a small village. He decides to help the villagers and takes on the Bandit Leader, who is revealed to be a Sith with a lightsaber.

As the name of the short suggests, there is a duel, and a few surprises too. The short lets the visuals do the talking, and spare use of colour and minimal dialogue works wonders.

Star Wars Visions is streaming on Disney Plus Hotstar.