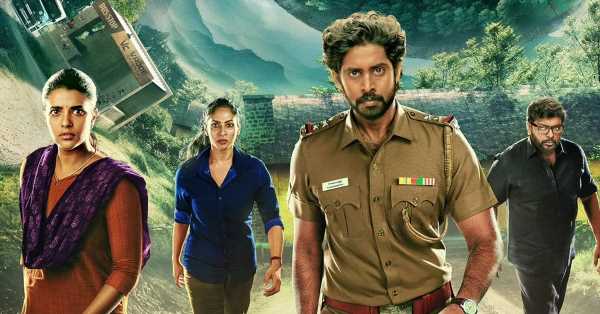 Even though each episode is about an hour long, you won’t reach for the remote to pause or even blink, applauds Divya Nair.

Suzhal: The Vortex is a Tamil Web series created by Pushkar-Gayatri (of Vikram-Vedha fame) and directed by Bramma and Anucharan M, starring Parthiban, Kathir, Sriya Reddy and Aishwarya Rajesh.

Suzhal is set in the rural town of Sambaloor known for Mayana Kollai, a nine-day annual temple festival attended and revered by almost everyone in the town barring a few non-believers.

The eight episode series begins with the onset of the festival when a fire breaks out in the village’s cement factory where workers were earlier protesting for a pay hike.

Shanmugam’s elder daughter returns to the village to find her sister, with the help of Regina’s protege and former classmate Sakkarai (Kathir).

As the investigation proceeds, on the sidelines of the festival, more skeletons tumble out of the closet.

Nothing and no one is as they seem to be.

On the third day of the festival, the bodies of Nila and Regina’s son Adhisayam (Fedrick John) are found in the quarry and their unusual love story opens up a new possibilities, theories and suspects.

Santhana Bharathi, as private investigator Kothandaraman, surprises us with new links and facts.

Even though each episode is approximately an hour long, you will not reach for the remote to pause or even blink.

Even towards the later half of the series, when some of us would have possibly guessed the course of events or even arrived at a conclusion, the plot thickens and the screenplay grips you.

Some of the aerial shots of the festival as well as the underwater sequence, when the bodies are first discovered, are visually breathtaking.

Actors Parthiban and Shriya ace their roles first as professional enemies who can’t stand each other, then gradually transitioning and bonding as grieving parents with a common cause.

Kathir and Nandhini keep us guessing about the nature of their relationship as they navigate the past and uncover the truth.

Much to our surprise, Gopika and Fedrick manage to create an enviable love story of sorts that is cute, silly yet poignant in its own way.

Their unusual chemistry can be a good reference for how teen love stories can be explored without explicit content.

Kudos to the creators for spinning magic out of what could have been an ordinary tale of assault and murder.

Suzhal does not try to be bigger than the small gullible town it is set in.

But it asks all the right questions and opens multiple windows of thought through its flawed, mysterious, but beautifully sketched characters.

There is a scene when Kathir visits Nila’s room and confesses how he is confused and nothing seems to be making any sense to him.

Nandhini uses the shape of a shadow to explain the importance of perspective. It’s a brilliant scene that also sums up the purpose of the series. 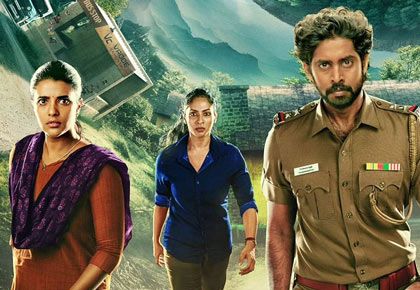