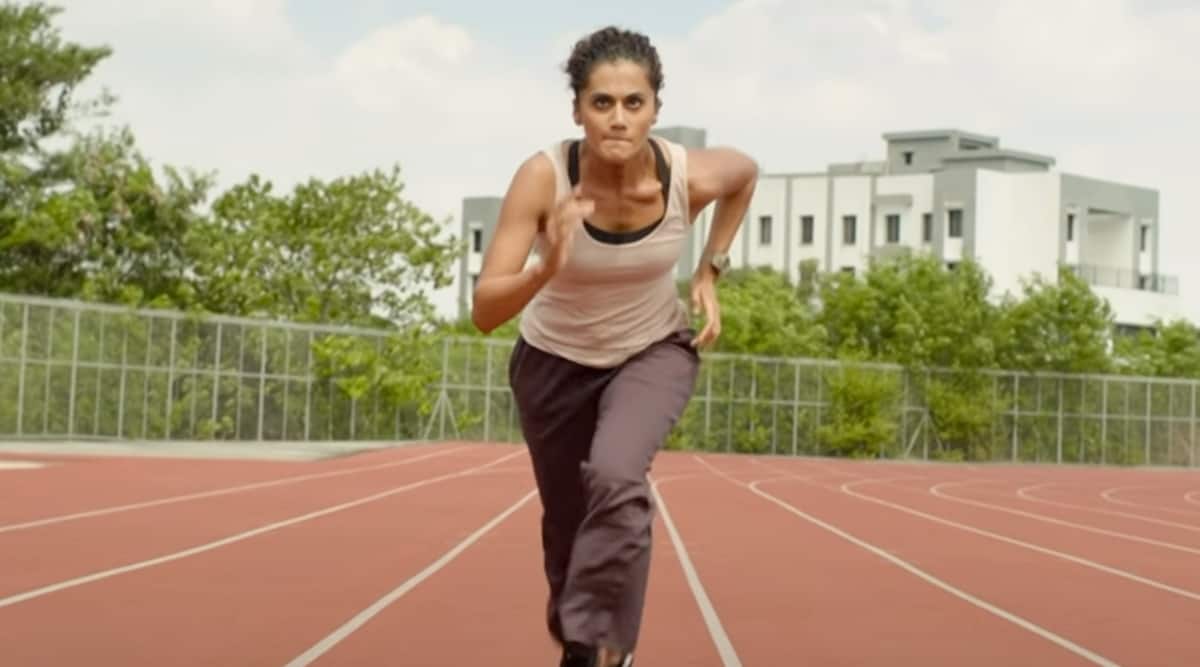 Taapsee Pannu on Friday thanked her fans for appreciating the trailer of her upcoming film, Rashmi Rocket which released a day before. On the sidelines, the actor also gave a fitting reply to trolls for calling out her physicality and “masculine” frame which she created as part of the preparations for the sports drama.

Rashmi Rocket has Taapsee playing a village girl who is a noteworthy sprinter. But on her way to becoming a national athlete, she undergoes gender testing that leaves her emotionally broken. She even gets banned when her body frame doesn’t fit in the conventional femininity, with many calling her “not a woman enough”. What follows is her struggle in the corridors of court as she fights a legal case against the athletics association to regain her lost respect and confidence.

Taapsee took to her Twitter account and shared a video which included screenshots of various comments that came her way prior to the release of the trailer, with many haters mocking her look in the film.

In the caption, Taapsee wrote, “Heartfelt thank you. From yours Truly. But there are many women who actually hear this daily for no fault of theirs. An ode to all the athletes who give their sweat and blood to the sport and their nation and still get to hear this. #RashmiRocket #AbUdneKaTimeAaGayaHai4.”

Rashmi Rocket has been directed by Akarsh Khurana, of Karwaan fame. It also stars Priyanshu Painyuli as an army man who’s in love with Rashmi, and Abhishek Banerjee who portrays a lawyer fighting her case of human rights violation.

Rashmi Rocket will premiere on ZEE5 on October 15.