A bevy of stars including Salman Khan, Kajol and Disha Patani marked their presence at the Tadap premiere. Ahan Shetty's debut film releases on December 3. 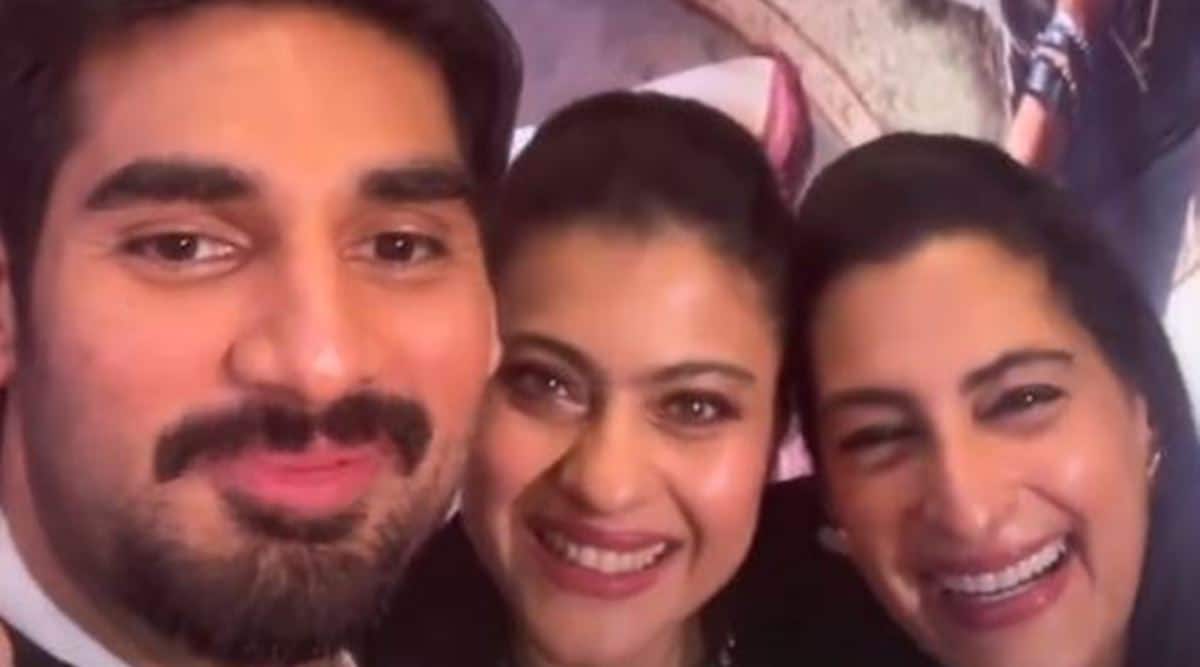 A bevy of stars attended the premiere of Ahan Shetty’s debut movie, Tadap, on Wednesday in Mumbai. From Salman Khan to Kajol, celebrities turned heads at the function. Salman Khan, who has been promoting his own film, Antim: The Final Truth, made sure to carve out some time for his friend Suniel Shetty’s son’s first premiere.

While Salman posed with his brother-in-law Aayush Sharma, it was Kajol whose amusing antics caught everyone’s attention. In a video, which is now being widely circulated on social media, the actor made adjustments and exchanged repartee with Suniel Shetty’s wife Mana Shetty. After waving off the paparazzi with a smile, Kajol fished out her own phone to take a selfie with the star of the moment, Ahan. Tadap is the Hindi remake of Telugu movie RX 100. Helmed by Milan Luthria, it will release on December 3. Earlier, in a PTI interview, Ahan had opened up about how he had been cast in the film, purely on the basis of his talent. “I was training for several years. I would meet producers and directors on sets as they are my father’s friends and colleagues but that doesn’t mean I would get a break from them. I wouldn’t say it was easy. Sajid sir saw my action and dance videos and called me,” Ahan Shetty stated.