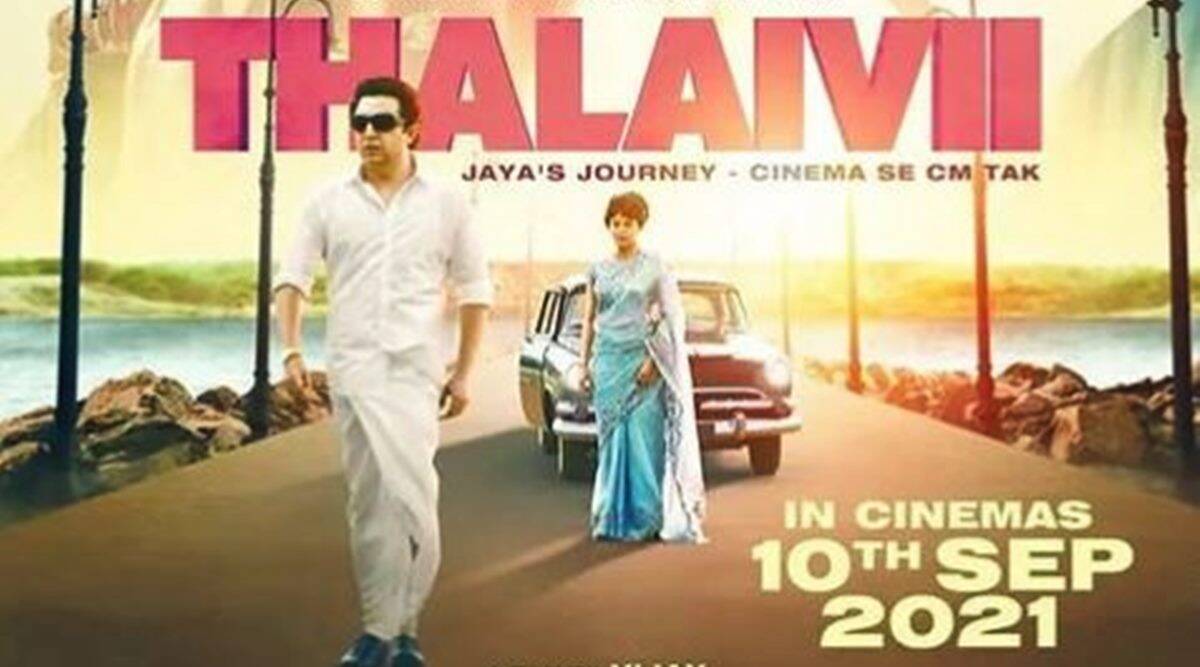 Kangana Ranaut took to Instagram and shared posts about her film Thalaivii, calling it the best film of her career. The first reviews of J Jayalalithaa biopic are in. Actor Kangana Ranaut is awaiting the theatrical release of her film, Thalaivii, which will hit screens on September 10. She took to Instagram stories after a screening of the film, and hailed it as one of the ‘best films of her career’, so far. Kangana, who plays the role of former Tamil Nadu Chief Minister J Jayalalithaa in the biopic, also mentioned that it was a ‘fulfilling’ experience and that she hoped it would bring the audience back to the theatres.

Kangana wrote, “What a gratifying experience to watch Thalaivii, the best film of my career so far.” In the next post she mentioned, “Thalaivii is a theatrical experience, hopefully Hindi multiplexes will also play it. I am confident that it will bring audiences back to theatres.” 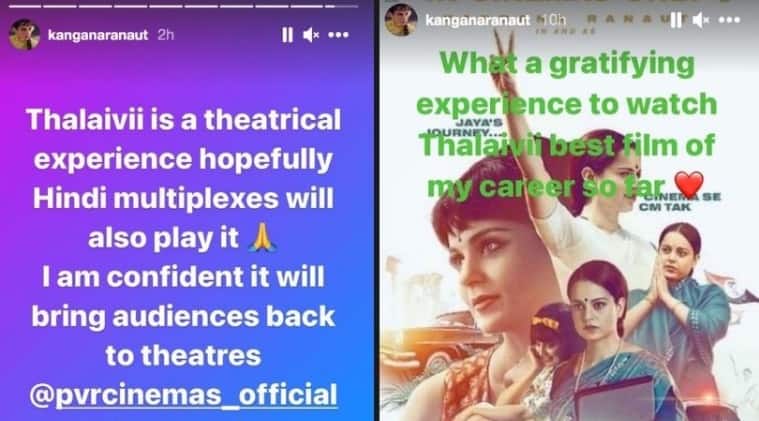 Just a few days ago, Kangana had shared a video saying that the pandemic had hit the cinema business badly, and producers are not getting support from theatre owners and multiplex owners to release her film. She  also added that they have rejected various offers from streaming platforms so they could release the film in a cinema hall. Earlier, she had said that theatres were ‘ganging up’ against her film, Thalaivii.

Meanwhile Thalaivii has been getting thumbs up from those who have managed to see it. The first review came in, “#Thalaivii is one of the finest biopics made in India with a lot of sincerity by Dir.#Vijay. Very well presented the life of #Jaya engagingly. While #KanganaRanaut is brilliant in her acting, all of us are going to love #NJR @thearvindswamisir. He is outstanding. Do watch.” Arvind Swamy, who also features in the film, responded to the tweet.

Thalaiviii was earlier scheduled to release in April, but was postponed, owing to the second wave of COVID-19 that hit India.