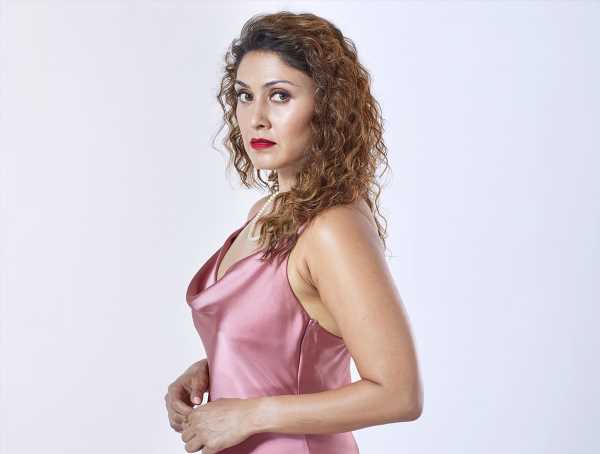 ‘Most of these dating sites are nothing but hook-up culture and I don’t relate to that.’

You may remember Manjari Fadnnis from the 2008 hit Jaane Tu… Ya Jaane Na, but her acting credits include films and shows across languages, including Kannada, Tamil and Telugu.

Seen in the Boman Irani thriller Masoom, we will see her next in the upcoming show Miya Biwi Aur Murder, co-starring Rajeev Khandelwal.

While the show sees the two in a troubled marital relationship, Manjari gives Rediff.com Contributor Mohnish Singh a glimpse inside her mind and morality: “I am totally against infidelity obviously, but it happens. It happens everywhere.”

The trailer of your show Miya Biwi Aur Murder looks promising. How did you bag this project?

I remember this was in 2020, during the lockdown, when we were auditioning from home.

I got a call from the casting director and I sent a home test.

I got a call back, telling me that the team wanted to have a meeting.

When the director narrated the script to me, I was blown.

The name of the production house is also Mad Entertainment and it was a mad crazy, crazy script. 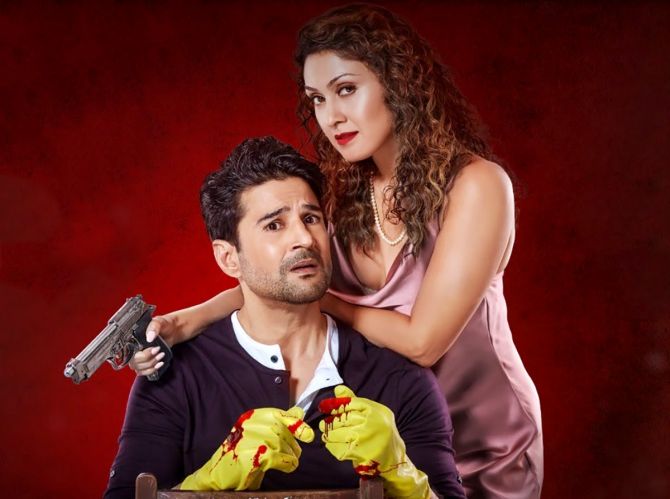 So, there is this dysfunctional couple, Jayesh and Priya.

I am a bored housewife of a cop who loves these detective shows, like CID and Saavdhan India.

She has watched everything so her knowledge of forensics and investigation is very strong.

She is very intelligent.

So, this couple, in spite of having everything, their marriage has hit rock bottom.

But they have to stand together to deal with gangsters, their delusional maid, these dead bodies, and this corrupt cop.

Writer Sambit Mishra, who has also written The Broken News, is a very, very talented writer.

It was a great script and it had everything going for it. Plus, it had Rajeev Khandelwal leading it.

I was very excited to work with Rajeev.

He is a fantastic actor.

It’s a very different kind of role for him as well because normally, everyone has seen him in tense roles. Here, he is light-hearted. 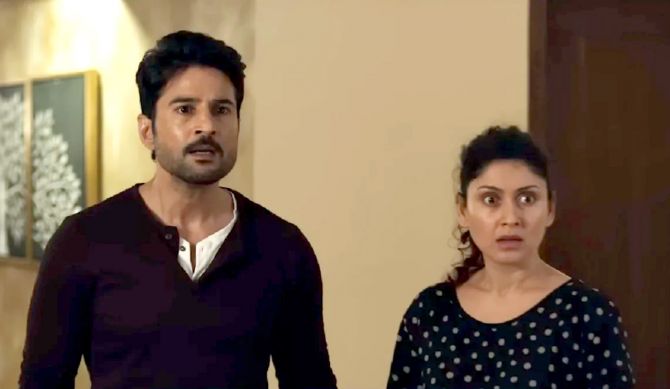 How was it working with Rajeev Khandelwal?

Rajeev is a fantastic guy.

He is not just a talented actor, but also a very grounded person.

He has no airs.

He is very cut off from the whole bubble of being a star, which is something I really appreciate about him.

We had a great time shooting this one. 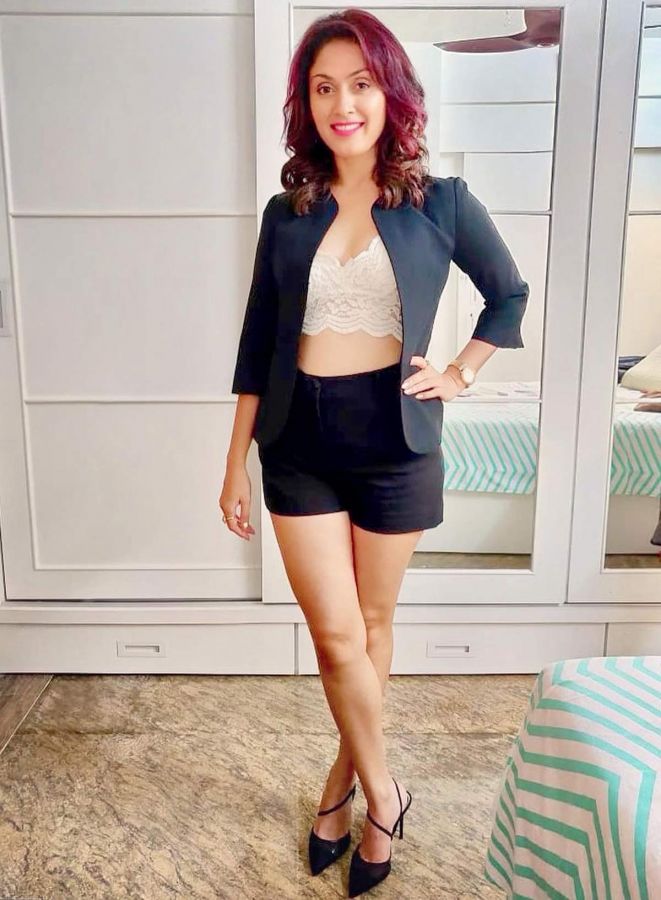 What is your take on infidelity?

I don’t think it is acceptable.

Loyalty is something I really value.

I am totally against infidelity obviously, but it happens. It happens everywhere.

How open are you to dating sites?

I am not open to that at all.

I think it’s great for whoever it works for.

For me, I am a complete old-school romantic.

I need things to happen naturally in my life, in a natural phase.

I am not looking for anyone and I don’t feel I will meet anyone.

If somebody comes into my life, it’s a bonus. If someone does not, it doesn’t matter.

I will have a great time.

Actually, I have a dating phobia.

I don’t feel the need to go find someone for myself.

I am very happy in my space.

If something has to happen in my life, it will happen naturally.

With dating apps accessible to everyone, do you think there is a major shift at how we look at love now?

See, most of these dating sites are nothing but hook-up culture and I don’t relate to that.

I need something deeper.

I need something more sincere.

I need something real.

It doesn’t work for me like that, but it does work for so many people, so why not?

There is nothing wrong with it.

If somebody wants to hook up, what’s wrong in that?

As long as it’s mutually agreeable to both parties, go have fun. 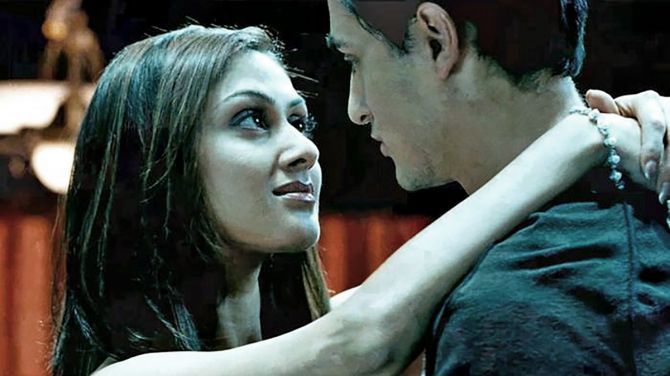 Your debut film Jaane Tu… Ya Jaane Na completes 14 years on July 4. Tell us something that we do not know about the film.

That film was another vibe altogether.

What a great team to work with!

How I got cast for it was a story by itself.

So, they had finished the casting of the entire film and there was only Meghna left. They had auditioned around 400 plus girls and they were tired.

They had finally shortlisted three girls, and the director (Abbas Tyrewala) was like, ‘That’s it! And now we won’t stop at anything.’

Casting director Pakhi Tyrewala, who is now Abbas’ wife, had bumped into me a couple of times randomly and one day she just said, ‘Listen, just come and audition for a role. There is only one role left. Hear it out and see if you would be interested.’

So, I heard the role and absolutely loved it.

I auditioned and she was like, ‘We found our Meghna.’

So, Abbas refused to see the audition.

Abbas and Pakhi were dating at that time and so they were just one day sitting at home, trying to watch a movie or something.

Then she was like ‘Oh, sorry! I will change.’

He loved it and then I was called for a proper audition.

The rest, we all know. 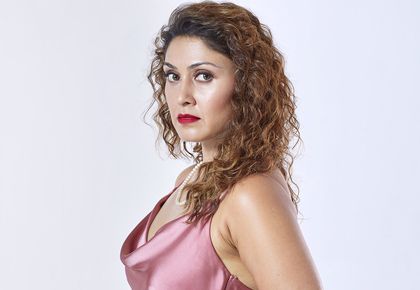