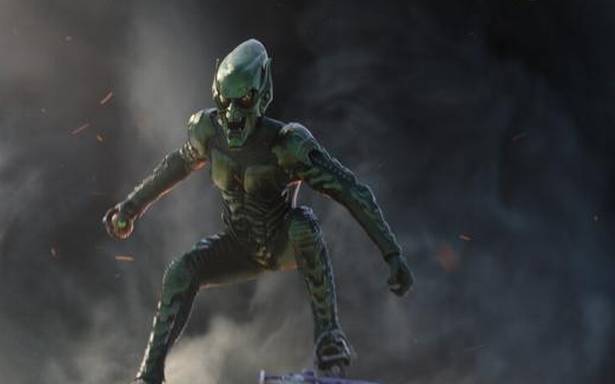 Could Willem Dafoe return in any of the upcoming Spidey films after his fate in ‘No Way Home’?

The best superhero films — well, most films that pit a protagonist against an antagonist — tend to turn out as balanced viewing experiences for audiences, when the duo has an equal face-off against each other, and the chemistry is palpable.

For all its immense success, most of the films in the Spider-Man franchise haven’t cracked the code when it comes to giving our friendly neighbourhood superhero a nemesis deserving of him.

The best-written villain — with a proper motive — who didn’t come off as corny or campy was Doctor Octopus played by Alfred Molina in Spider-Man 2 (2004), though audiences sympathised for the character. A few other exceptions were Vulture played by Michael Keaton in Spider-Man: Homecoming (2017) and of course, the most memorable of them all, Green Goblin essayed by the inimitable Willem Dafoe in the first Spider-Man (2002) film.

The problem with Spidey villains on screen

The villains in Sam Raimi’s trilogy followed a simple story arc with origins that somehow connected with the main character, in a way that was easy to understand for audiences. However, there was a definite lack of exposition and emphasis when it came to the baddies in The Amazing Spider-Man films directed by Marc Webb; the antagonists only turned out to be effective thanks to the the prowess of the actors playing them.

In the latest addition to the franchise, Spider-Man: No Way Home, Jon Watts takes a stab at redeeming the storylines of some of the earlier villains — such as Electro and Lizard — but falls slightly short due to the lack of screen time given to these characters in the film, despite it being a frenzied and entertaining watch.

Appearing for the first time in The Amazing Spider-Man #14 (July 1964) comic, after being created by Stan Lee and Steve Ditko, Green Goblin has had several origin stories, but to sum it up, he is just a guy in a goblin costume. The most compelling among these incarnations is Norman Osborn, a successful industrialist who is the father of Peter Parker’s best friend Harry Osborn.

In spite of some caricaturish mannerisms in Dafoe’s performance that did fit in line with Raimi’s style of filmmaking, the first ever-live action take on the super-villain — back in 2002 — remains highly memorable, thanks to the actor’s belligerent and unpredictable portrayal. Dafoe’s return as Green Goblin in No Way Home was, yet again, a stand out performance; a tad bit more mellow perhaps, but as deliciously manic and unhinged as always.

The way forward with Goblin as a meaningful antagonist?

Ever since superhero movies became a mainstream and profitable industry — Christopher Reeves’ Superman released in 1978 — there have been multiple instances of career-defining performances for actors as titular protagonists, as well as antagonists in such films.

Such roles didn’t just define careers, but also green-lit a completely new direction for the fictional characters, especially in the case of the villains.

Case in point; a dark take on the Joker was established in the graphic novel Batman: The Killing Joke, that came out a year before Tim Burton’s 1989 film Batman. However, Jack Nicholson’s legendary take on Batman’s most classic nemesis gave the character a new direction.

Nicholson’s genius was the first stepping stone for other iconic performances in various renditions of the same character — with different origin stories, backgrounds and motives — such as the Academy Award-winning turns by Heath Ledger in The Dark Knight (2008) and Joaquin Phoenix in Joker (2019).

Will Dafoe return in any of the upcoming Spidey films after his fate in No Way Home? Or will there be other iterations of the character with different actors carrying on the mantle, exploring what makes him who he is? Only time will tell, but for now, let’s just marvel at a 66-year-old showing every other Marvel villain in the last decade how its done!