Lyricist Yogesh, who worked across generations with everyone from Amitabh Bachchan and Rajesh Khanna to Amol Palekar and Shah Rukh Khan, passed away on May 29. He was 77.

The list of his songs is long, and choosing the top ten is a task. Joginder Tuteja makes an attempt here:

Anand became popular not just due to the crackling performances by Rajesh Khanna and Amitabh Bachchan and its sensitive narrative, but also because of the manner in which its songs were written, composed, sung and placed in the film. 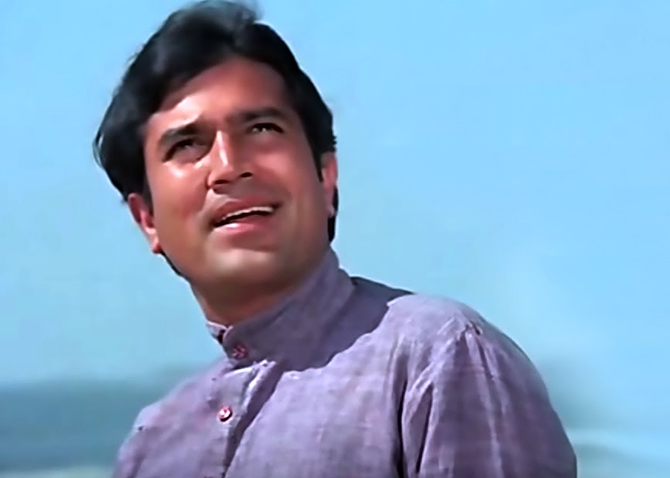 Other than Kahin Door Jab, another song that has terrific recall value is Zindagi Kaisi Hai Paheli.

If the lyrics were a sheer gem, the manner in which Manna Dey rendered it was priceless. 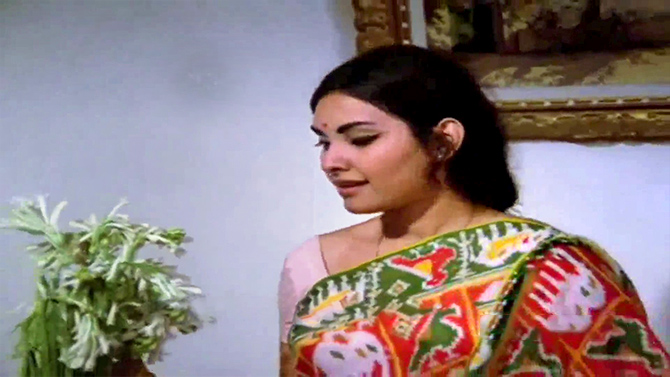 Picturised on Vidya Sinha, the title song of Rajnigandha was as simple as it gets.

In fact, the strength of Yogesh’s songs lay in their simplicity.

The 1970s was the time when newer ways of expressing love were being discovered, and Yogesh made his contribution to that as well. 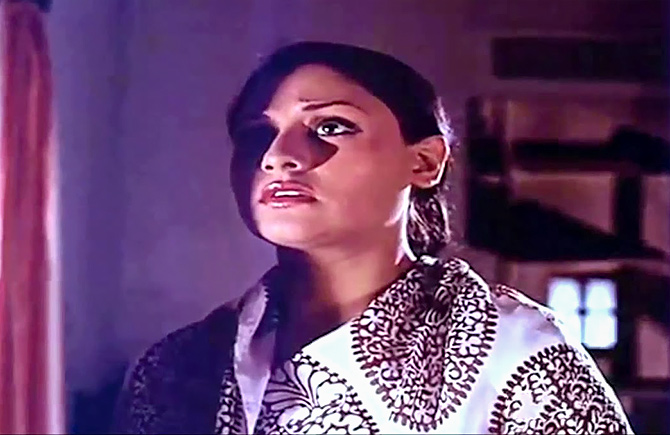 Yogesh formed a bond with Amitabh Bachchan and wrote several chartbusters for the actor.

One such song was Badi Sooni Sooni Hai, which had such beautiful words to explain the singer’s pain.

Kishore Kumar made it even more special. Another song that brought on emotions of sadness and loneliness was Aaye Tum Yaad Mujhe.

It was to the credit of the entire musical team, and of course, Yogesh, that listeners got to experience different flavors through these two songs in Mili. 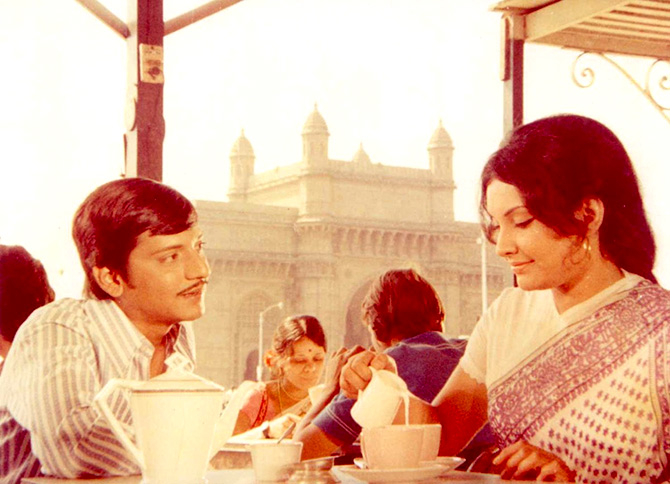 Another philosophical take on life by Yogesh.

He seemed to have a certain affection attached to the word ‘zindagi‘ and that is visible in songs like Zindagi Kaisi Hai Paheli Badi Sooni Sooni Hai, Na Jaane Kyon Hota Hai Yeh Zindagi Ke Saath and others. 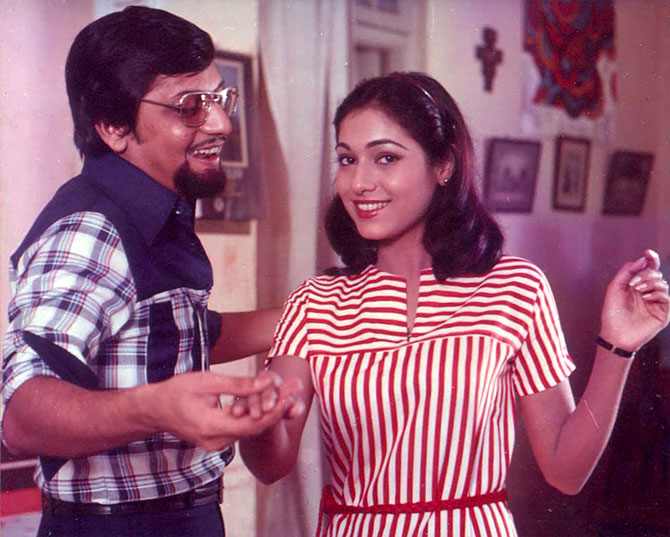 For Baaton Baaton Mein, Yogesh wrote a love song for a young couple played by Amol Palekar and Tina Munim.

It was all about falling in love ‘baaton baaton mein.’ Asha Bhosle and Kishore Kumar made sure that the sweet sound of falling in love was conveyed in a simple manner though Suniye Kahiye. 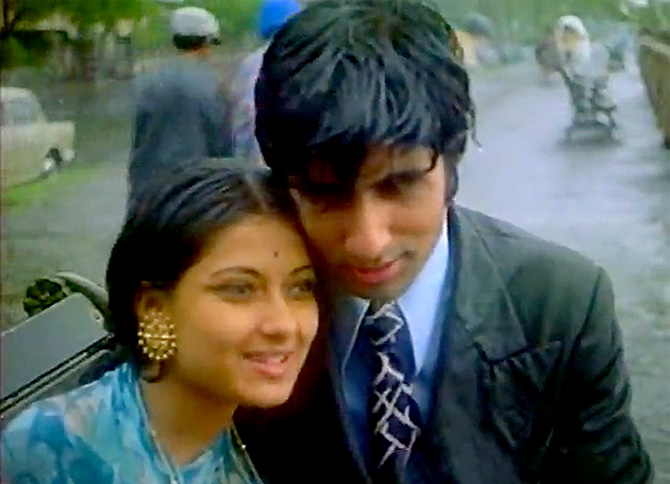 The song had everything from passion to desire coming together, and Kishore Kumar made sure that even decades down the line, the film Manzil is remembered. 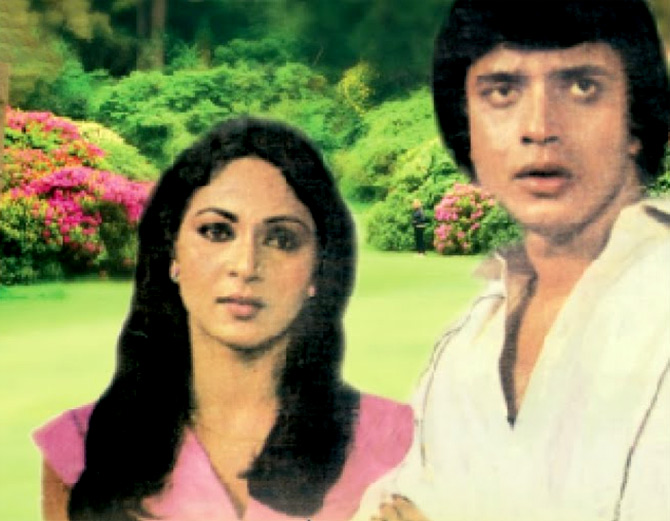 Picturised on Ashok Kumar and A K Hangal in the 1982 film where Mithun Chakraborty played the hero.

A song about living life to the fullest and romance having no age, Yogesh’s lyrics made sure nothing was out of place. 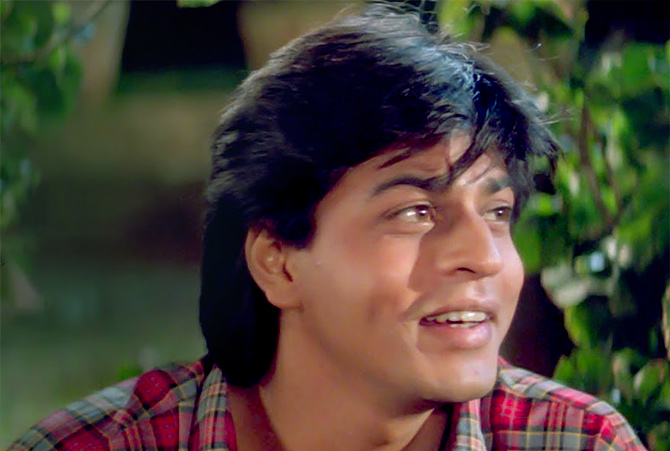 Back in the 1990s, when Shah Rukh Khan had just started working in films, he had signed a film called Yeh Lamhe Judaai Ke.

One of the songs in it got very popular, Tera Naam Lene Ki Chahat.

Unfortunately, the film was delayed and the song was pushed forward to 2004. Is there a constant fear of getting overshadowed by ‘more popular’ co-stars? Arjan Bajwa, Zeeshan Ayyub, Pavail Gulati and others weigh in Sara Ali Khan goes for a cycle ride with mask on, Bengali actor Koel Mallick and her family test positive for Covid-19