‘We are the land of stories.’

The Bollywood star said she was grateful to be serving on the jury, but hoped a time would come when India itself would be as prestigious a cinema centre as Cannes.

Deepika, who is part of the eight-member Cannes competition jury at the gala that opened on May 17, added that India needed to back homegrown talent with “conviction”.

“We have a long way to go as a country. I feel really proud as an Indian to represent the country, but, when we look back at 75 years of Cannes, there are only a handful of Indian films or actors or talent that has been able to make it.

“I feel, collectively, as a nation, we have the talent and ability; we just need conviction. There will come a day, I truly believe, where India won’t have to be at Cannes; Cannes will be in India,” Deepika said, following the inauguration of the India Pavilion.

The ceremony was streamed live on the Press Information Bureau’s official YouTube channel. 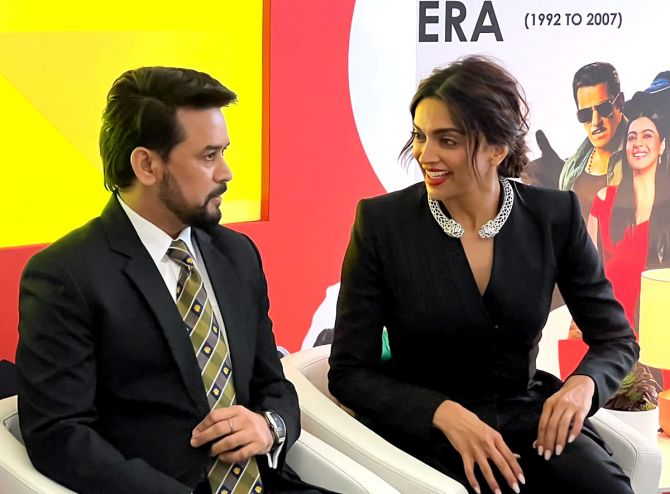 The India Pavilion was inaugurated on Wednesday at the Cannes Film Market by India’s Minister for Information and Broadcasting Anurag Thakur in the presence of music maestro A R Rahman, film-maker Shekhar Kapur, Central Board of Film Certification chief Prasoon Joshi, actors R Madhavan, Nawazuddin Siddiqui, Pooja Hegde, Tamannaah Bhatia and Urvashi Rautela and folk singer Mame Khan, among others.

India, which is also the country of honour at the 2022 Marche du Film (Cannes Film Market), marks her 75th year as an independent nation.

“I’m feeling proud because it’s the 75th year of Cannes,” Deepika said, “but it’s also the 75 years of India’s Independence. To have India as the spotlight country and to be part of the jury is something I never imagined and expected.” The star also credited A R Rahman and Shekhar Kapur, who are part of the government’s delegation to the festival, for bringing international recognition to India.

“I also truly believe that India is at the cusp of greatness. This is just the beginning. I want to thank people like Rahman Sir, Shekhar Sir. You all are really the ones who have put India on the map. It’s your contribution over the years that has allowed people like us to be here today.”

Citing the coincidence of British film-maker Richard Attenborough directing Gandhi and Kapur making Elizabeth and Elizabeth, The Golden Age, Rahman said he was “super inspired” to be in such august company.

The two-time Oscar winner, whose directorial debut Le Musk premiered at the Cannes Film Market’s Cannes XR programme, said he made the multisensory virtual reality film in English as he wanted to break barriers.

“The reason why I did this film in the English language was to see whether it’s possible to break those boundaries, to set a new bar. Even if it fails, it’s fine,” Rahman added.

Agreeing with Deepika, Kapur said, “The next Cannes is in India.”

“We are the land of stories. Earlier, we were dominated by the culture of the West. But now, the West is plateauing and the East is rising… Some culture, I’m not saying country, but one culture is going to be predominant,” the acclaimed film-maker, also known for films such as Masoom, Mr India and The Bandit Queen, said. Prasoon Joshi, who is also a lyricist, poet and writer, said the process of film-making should be simplified so that the dreams of aspiring artistes living in small and remote towns of the country come true.

“We talk about diversity. How will we achieve diversity unless there’s empowerment? That’s what we should try and achieve when you go back from here,” he said.

Madhavan said he would “envy” actors whose films used to premiere at the festival and now his directorial debut Rocketry: The Nambi Effect is set to have its world premiere at the Cannes Film Market on Thursday.

“I am here today as an actor, director, writer and a producer with my debut and I cannot begin to explain the amount of nervousness I feel,” the actor-film-maker said. Nawazuddin Siddiqui, the star of the Gangs of Wasseypur films and the Netflix series Sacred Games, urged the government to extend support to “stories that are local but can work at the global level.

“There have been many instances when such films did well and received awards at film festivals like Cannes but faced difficulties at the time of release back home. This pains me a lot because these kinds of films receive very little support. I hope the government will extend support to these films also.”

“Some of the most beautiful opportunities in my life have come to me when I’ve not been prepared for it, be it a film like Baahubali, which changed the way cinema is viewed in India today and opened windows for pan India films. Being here at Cannes feels like exactly the same opportunity,” Tamannaah said. 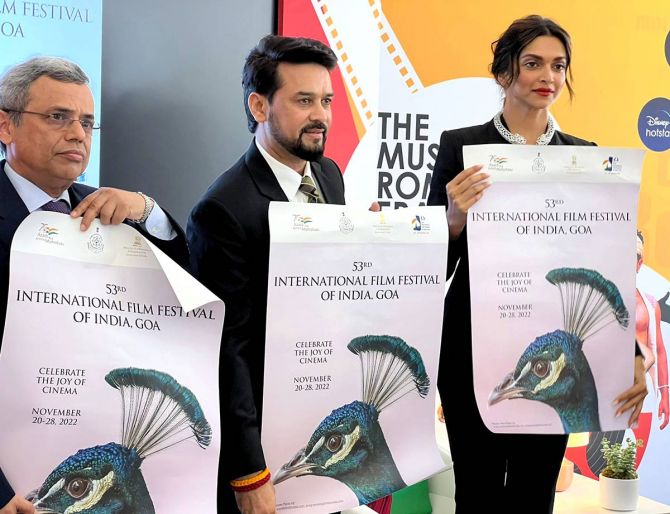 The delegation also launched the poster for the 53rd edition of the International Film Festival of India.

Delhi-based film-maker Shaunak Sen’s documentary All That Breathes and Pratham Khurana’s short film in Le Cinef (a competition for film schools) are India’s only cinematic representations at the main festival at Cannes.

The Cannes film festival concludes on May 28.

With inputs from PTI. 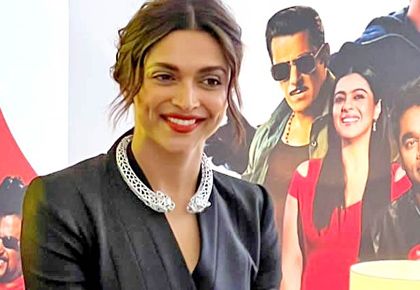