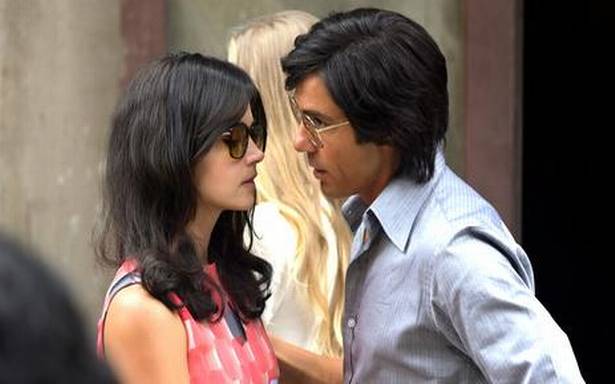 The limited series produced jointly by BBC One and Netflix, tells the story of Charles Sobhraj, who preyed on western tourists on the hippie trail in the 70s

Watching The Serpent is to relive the trusting times of travel in the ‘70s. The limited series produced jointly by BBC One and Netflix, tells the story of Charles Sobhraj (Tahar Rahim), who preyed on western tourists on the hippie trail in the 70s. He was called the Serpent for his slippery, slithery ways.

While the back and forth in time is annoying, The Serpent is super-thrilling. One can binge watch as Sobhraj cuts a swathe of destruction, while a Dutch diplomat, Herman Knippenberg (Billy Howle) doggedly follows his trail.

Though the attempt not to glamourise Sobhraj is laudable, it makes it difficult to see the hold he had over people without any sign of his famous wit and charm. He remains a cipher—a chilling psychopath that people should logically turn away from rather than actively seek out.

Opening at a swinging party in November 1975 at Kanit House in Bangkok, where Sobhraj moves around in the guise of charming gem dealer Alain Gautier, The Serpent goes back in time to a jewellery robbery in Delhi which got Sobhraj arrested, his marriage, the birth of his daughter and his seduction of his partner in crime, Marie-Andrée Leclerc (Jenna Coleman).

The show returns to the events at the party and introduces key players including Ajay, (Amesh Edireweera), Sobhraj’s second in command, and his neighbours Nadine (Mathilde Warnier) and Remi (Grégoire Isvarine), who helped Knippenberg build a case against Sobhraj.

There is also Dominique (Fabien Frankel), another hapless traveller that Sobhraj keeps ill enough to to help around the house —as he tells Marie-Andrée, “Keep him a little sick and he will do anything for you.” Dominique is one of the rare victims who manages to get away.

On Knippenberg’s side, there is his wife Angela (Ellie Bamber) who helps him with his investigation—Angela was not happy with the passive role she has been given in the show, Knippenberg’s boss, the long-suffering Ambassador van Dongen (William Brand) and his secretary, Lawana (Apasiri Kulthanan). Paul Siemons (Tim McInnerny, Percy from Black Adder) is the Belgian Foreign Service official who would prefer to deal with Sobhraj with a gun.

Though Sobhraj is called a serial killer, his murders seem opportunistic. While he tries to put a reason for his murderous ways, telling Monique, “From the age of 15, I was denied everything,” he seems to kill because it is the easiest way to get what he wants, be it money or false passports. When Sobhraj tells Ajay in Kathmandu to find a cheaper hotel, it reveals Sobhraj to be a racist apart from being a stone-cold psychopath.

While the dialogues are imagined, and some of the names changed, the series draws heavily on Richard Neville and Julie Clarke’s 1980 book, The Life and Crimes of Charles Sobhraj. In interviews to Neville, Sobhraj confessed to the murders, which he later denied.

Some things do not make sense like why Dominique didn’t go for help to the embassy rather than travel on a false visa. And when gathering evidence against Sobhraj, why didn’t Knippenberg try and convince Dominique to give evidence? Maybe watching too many crime shows makes us all armchair investigators!

Perhaps Sobhraj might not have thrived in these days of smart phones, instant communication, translation and map apps, stricter border controls and general distrust of helpful strangers while travelling. Sobhraj is a cautionary tale of not trusting the charming, helpful person in a strange country. By preying on innocent, naïve travellers, Sobhraj subverts our very ideas of hospitality and for that reason alone he deserves to be locked up with the key thrown away.

Everyone’s acting, from the leads to the supporting cast, is spot on. The look, feel and the sounds of hippie trail of the ‘70s are recreated perfectly. That colourful bus from London to Nepal with stops at Istanbul, Kabul, Tehran and Delhi bring a pang for the days when the world was a welcoming Eden — unfortunately with a serpent ready to strike.

The Serpent is currently streaming on Netflix