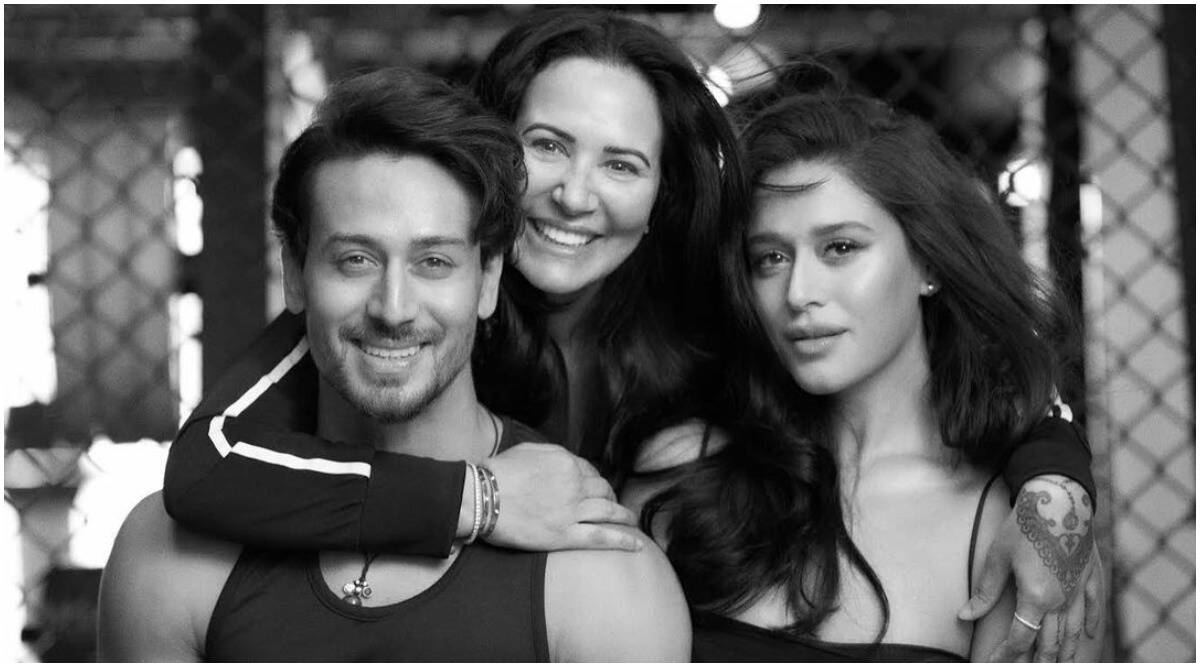 Tiger Shroff along with his family has shifted from their rented Bandra home to a plush apartment in Khar west, in Mumbai. Actor's sister Krishna speaks about their new home. Tiger Shroff and his family — father Jackie Shroff, mother Ayesha Shroff and sister Krishna Shroff — recently moved out of their Carter Road, Bandra home and shifted to a plush 8 BHK apartment in Mumbai’s Khar west area. Now, Krishna has opened up on how it has been since their moved into their new home.

“We shifted three weeks back, very quietly with a puja done with just the four of us- dad (Jackie), mom (Ayesha), Tiger and I. It was a small, intimate ceremony. We are fast settling down and loving every bit of it. Our Carter Road flat, where we last resided, was on rent. This home is our very own,” Krishna told TOI.

Krishna also revealed that since moving into the new house, Jackie has started spending a lot more time in this house now and shuttles lesser between Mumbai and his farmhouse at Lonavala.

Krishna also spilled the beans on how her mother decorated the house along with John Abraham’s brother Alan Abraham, who is an architect and an interior designer. Krishna said, “Mom was so busy for the last three-four months, day and night both. She shut us away from how she was doing up the interiors and then suddenly one day announced that we need to move bag and baggage. We somehow quickly managed the entire shift and lo! we are now loving every moment here. Above all, it gives us such an emotional feel about Tiger owning such a great property.”

Tiger’s new pad is in a posh locale in Khar west, his new neighbours are Rani Mukerji who has bought 3+4 BHK apartment in the same high rise. Cricketers Hardik and Krunal Pandya have also invested in the same property.

In an earlier interview, Tiger had spoken about vowing to buy a house for his mother while talking about the time they went bankrupt. “I remember how our furniture and stuff was sold off, one by one. My mother’s artwork, lamps… Things I’d grown up seeing around us started disappearing. Then my bed went. I started to sleep on the floor. It was the worst feeling of my life. I wanted to work at that age but I knew I could do nothing to help,” the actor had said touching on the time his family had to sell everything to pay the debtors. Boom, produced by Ayesha, had been pirated ahead of release and distributors had pulled out at the last minute.

On the work front, Tiger’s calendar seems to be jampacked. He is looking forward to the release of Heropanti 2, where he stars alongside Tara Sutaria. Ahmed Khan is helming the film. He also have Vikas Bahl’s Ganpath, an action drama where he reunites with his Heropanti co-star Kriti Sanon. The film will go on floors later this year and is scheduled to release in December 2022. He also has Ahmed Khan’s Baaghi 4 in the kitty. Apart from these projects, his Rambo remake is also in the pipeline.