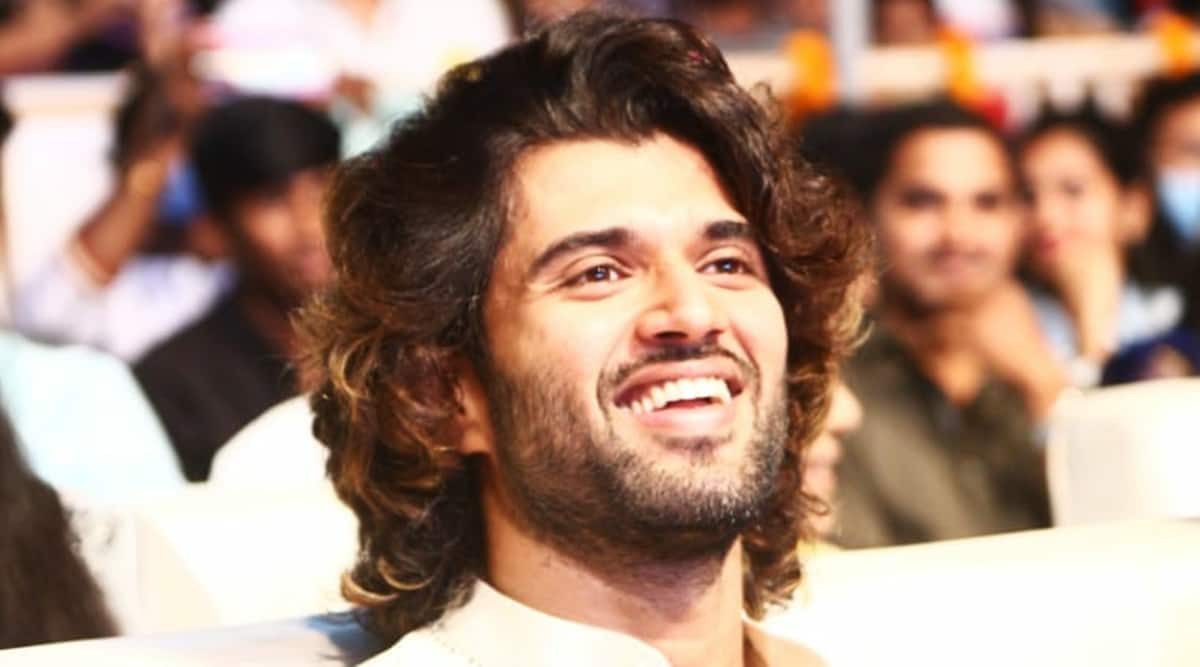 The pre-release event of Pushpaka Vimanam was held in Visakhapatnam on Sunday. Directed by Damodara, the movie stars Anand Deverakonda, Geeth Saini, Saanve Megghana, Sunil, Naresh, and Harsha Vardhan among others. The project is bankrolled by Govardhana Rao Deverakonda, Vijay Mattapally, and Pradeep Errabelly. Vijay Deverakonda, who is also the presenter of the movie, graced the pre-release event as a special guest and wished for the film’s success at the box office.

Speaking at the event, the Liger actor said, “I started King of the Hill with the intention of encouraging new film talent. But the truth is film production is taking a great toll on me (smiles). Producing a movie is a huge responsibility. Sometimes I feel like, ‘Is it needed for me?’ However, I feel encouraged today after people who are making their debuts with this film spoke about how this project has given them an opportunity for their future. My confidence in myself and my belief in fans are the two driving forces that encourage me to do whatever I want.”

“I have known Srujan (director Damodara) for the past eight years, and I am aware of his creative potential. I am happy today that you have done your first movie for my banner. I believe that you will become a great director with this movie. The next pillar of strength for this film is Anand Deverakonda. He has delivered a terrific performance besides doing several other duties related to filmmaking and promotions. The film’s lead actresses Geeth Saini and Saanve Megghana have done a great job. I wish they make good choices in the future. All the remaining actors and technical crew have contributed so much to this project. My gratitude and thanks to them. Apart from Pushpaka Vimanam, Kartikeya’s Raja Vikramarka is also releasing on November 12. I am sending you my love and best of luck as well,” he added.

On the work front, Vijay Deverakonda is presently shooting for Puri Jagannadh’s Liger. The team will fly to the US on November 12 for a major schedule involving Mike Tyson and other lead actors.