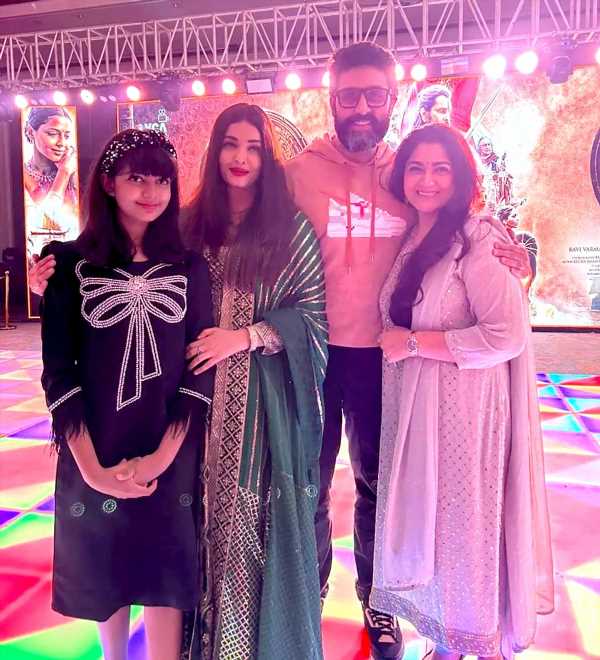 Even as Ponniyin Selvan: I arrives on OTT to enjoy a whole new audience after its theatrical release, Director Mani Ratnam hosted a party in Chennai.

Cast members arrived with their families and mingled with Tamil cinema’s biggest stars, making it a night to remember.

Kushboo shares a picture with the Bachchans: Aishwarya, Abhishek and Aaradhya, who turns 11 on November 16.

Aishwarya plays the antagonist, Pazhuvoor queen Nandini and carries the entire story on her shoulders. 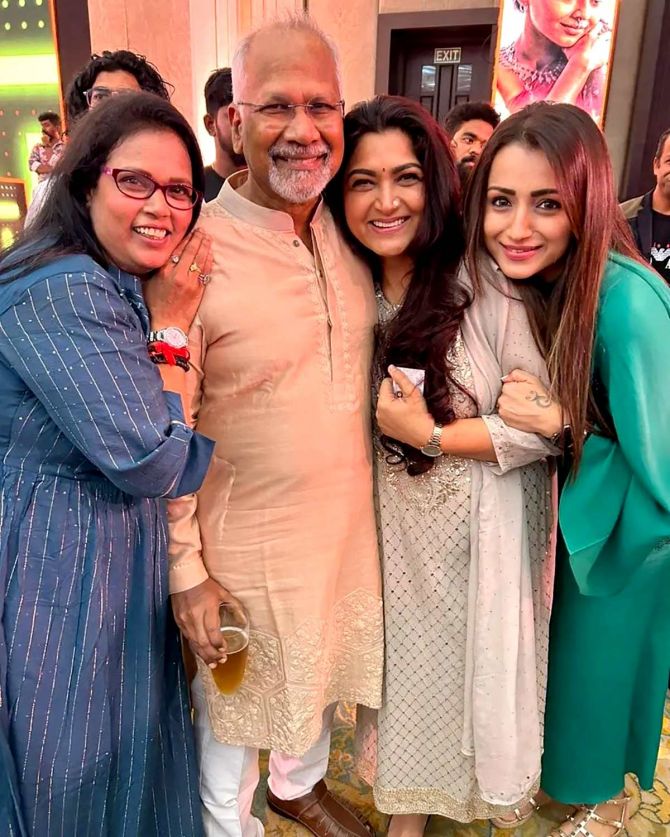 Trisha plays Chola princess Kundavai Devi in the film, whose hair jewellery was so heavy that she needed a backrest during the shoot. 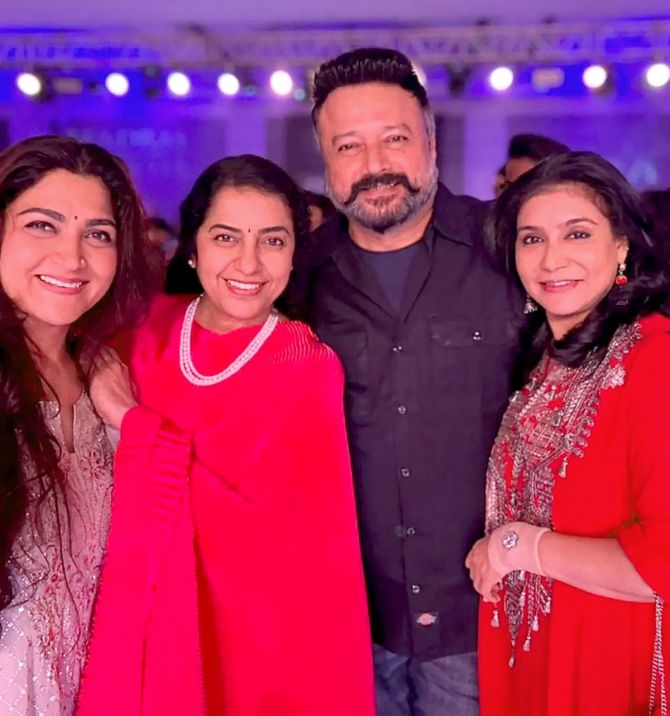 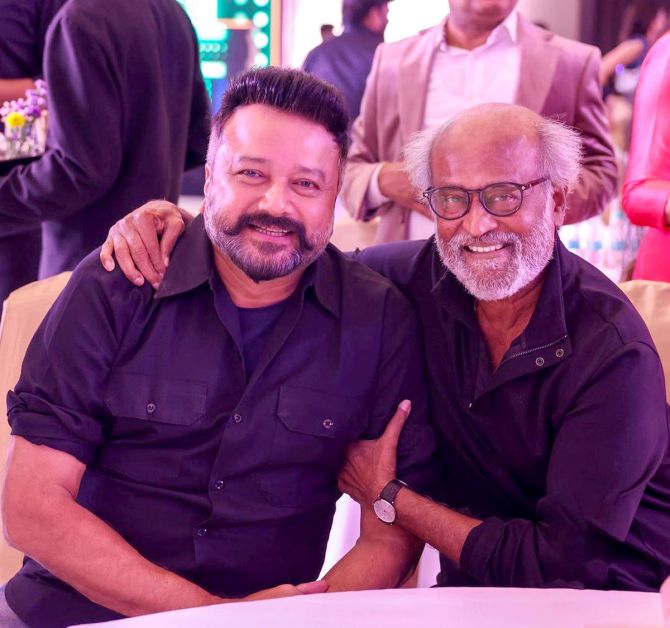 Jayaram tells us why he’s grateful to Rajinikanth: ‘Thank you superstar @rajinikanth sir for your kind words & appreciation for my work !! Forever been a fan of this man, it was a pleasure meeting him and talking to him’. 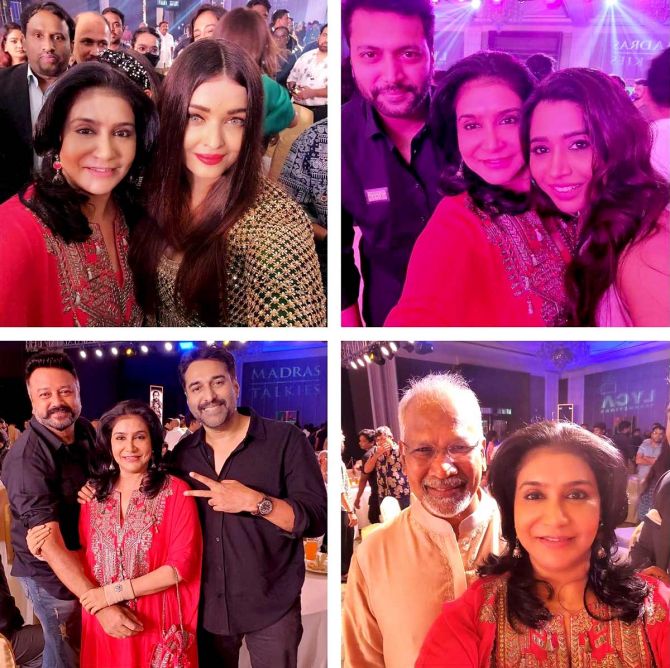 Lissy shares pictures from the party with Aishwarya, Jayam Ravi and his wife Aarti, Jayaram, A R Rahman and Mani Ratnam. 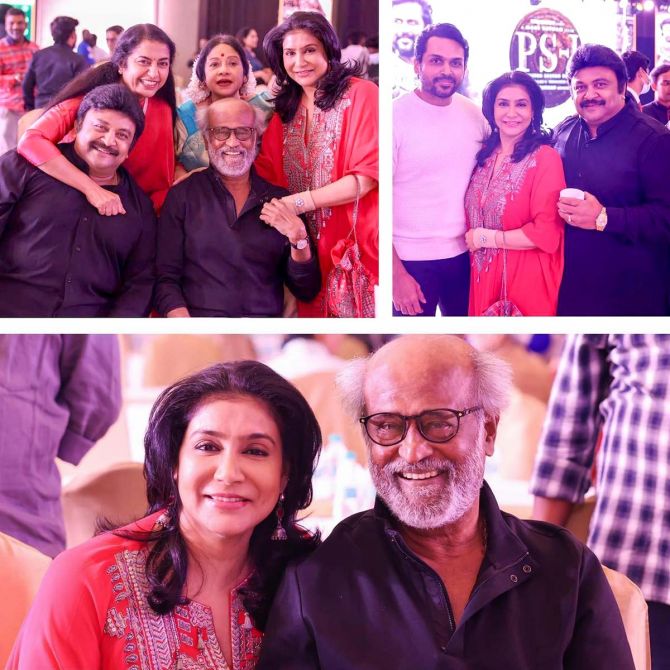 Prabhu, Jayachitra and Karthi join the cast for a picture. 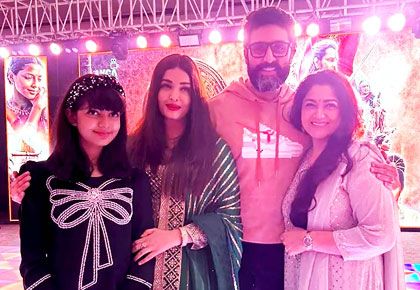