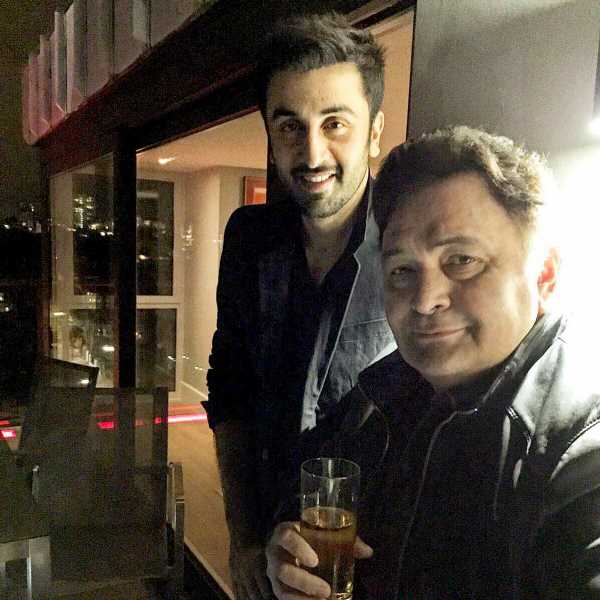 By the time they turned 40, Prithviraj Kapoor had done about 50 films, Raj Kapoor about 46 films and Rishi Kapoor about 80 films.
As Ranbir Kapoor turns 40, Deepa Gahlot explores the Kapoors cinematic landscape to find out where the young actor stands in comparison to his great grandfather, grandfather and father.

The nepotism debate is a recent phenomenon.

Before the rumbles began, the sons of actors (sometimes daughters too) were expected to become actors too.

Whether they succeeded or not was another matter.

The Kapoors were proud of their dynasty, established by Prithviraj Kapoor (1906-1972), so Ranbir Kapoor’s entry into the movies was preordained, like his father Rishi Kapoor and his grandfather Raj Kapoor.

Nobody minded back then; in fact, adoring articles about the ‘Son Rise’ in the industry were written, and the kids of stars were welcomed with open arms. 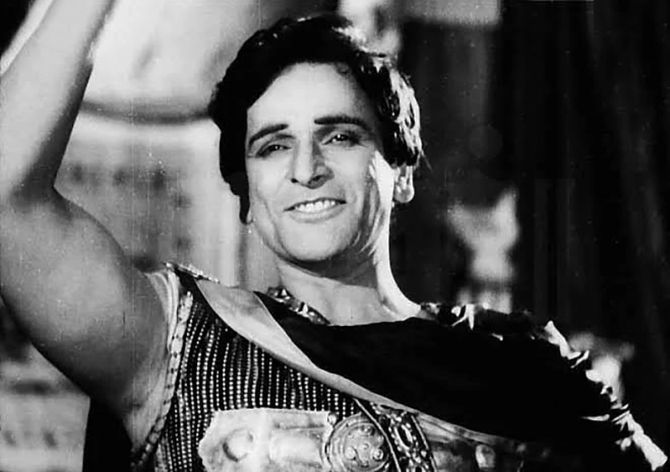 Prithviraj, Raj, Rishi and Ranbir worked in the industry in eras where the way of working was very different from what it is today.

The films were very different too.

In 1928, when Prithviraj Kapoor arrived in Mumbai (then Bombay) to work in films, he had to move the ladder slowly from bit parts to lead and character parts.

His best known role was Sikander, in which he played Alexander the Great to such perfection that history text books in India reportedly carried his picture.

Stardom then was not a gladiatorial sport as it is today, so while competition did exist, it was not fierce.

By the time he was approaching 40, Prithviraj Kapoor wanted to give back something to society, and started his touring theatre company, Prithvi Theatres in 1944.

In his 40th year, he did a couple of films and spent more time touring with his socially relevant plays.

He continued doing films because it was not possible to sustain a family and a troupe on theatre alone but for the next few years, the focus was on his plays. 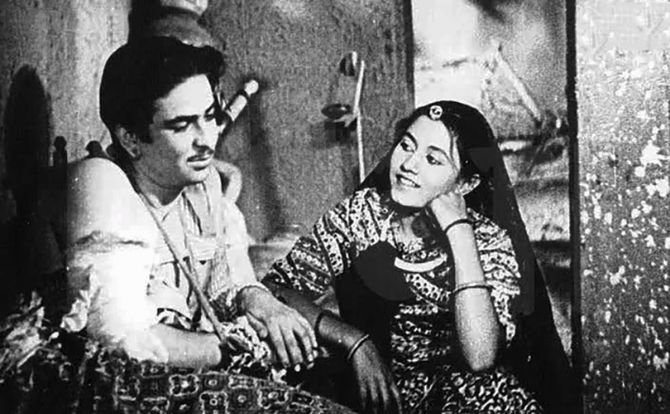 The former played the leading man in Neel Kamal at age 22, after acting as a child actor in four films. A year later he set up RK films, produced, directed and acted in Aag, making him the youngest film director of the time.

Rishi started his career at 18 with his father’s film Mera Naam Joker and then three years later, as leading man in Bobby, also made by Raj Kapoor.

Prithviraj Kapoor had not launched any of his sons (Shammi and Shashi Kapoor also made their own way in films) but Rishi got a leg-up from his father (as did his older brother Randhir, but not the younger Rajiv). 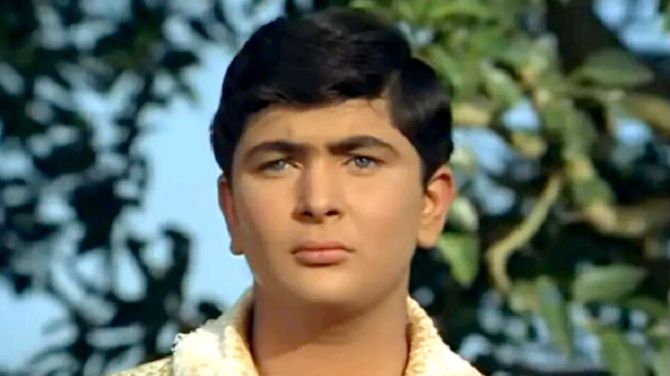 In comparison, Ranbir Kapoor made a rather late start at 25, without any overt support by his father, but loads of Kapoor goodwill in Sanjay Leela Bhansali’s Saawariya, which was a flop.

As he turns 40 on September 28, he has about 20 odd films to his credit, and more misses than hits.

However, there has never been any doubt about his immense talent, even though his choice of films has been odd — one of his new ones, Shamshera for instance, could not have been attractive even on paper.

Some of the films for which he received appreciative reviews did not do anything for his career — Jagga Jasoos for instance, or Bombay Velvet, Besharam, Tamasha. Maybe he was looking to work with interesting directors, whose films with him unfortunately misfired.

The films that he is remembered for, like Rocket Singh: Salesman Of The Year, Rockstar and Wake Up Sid, were not blockbusters, but they proved that he is an actor, who is willing to take risks. 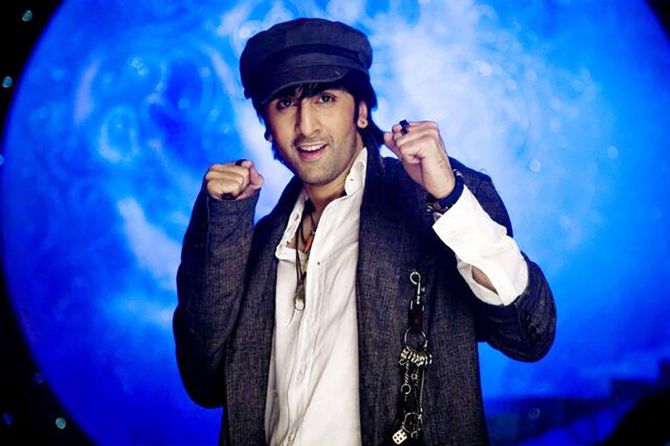 His father, for instance, played the ‘cute’ romantic hero well into his 40s, and did some of his edgiest work when he started playing character roles.

In his 40th year, Rishi Kapoor acted in Honeymoon, Bol Radha Bol, Deewana, Inteha Pyaar Ki and Kasak (those were multiple shift days), still the romantic, still carrying off those trendy sweaters, but starting to put on weight.

He did not want to play negative roles, however, and did not play a proper villain till much later (in Agneepath and D-Day) When he was in his 40th year, he directed and starred in the classic love triangle Sangam (1964), but his age was starting to show, and his leading man days were drawing to a close.

He did Sapon Ka Saudagar (1968) with a very young Hema Malini making her Bollywood debut, and then slid gracefully into older roles, and, of course, continued to make films

It would be difficult to slot Ranbir Kapoor so easily — he has done the mandatory romantic films, but also tried out other genres. Whatever the fate of those films may have been, he is always wonderful to watch on screen, whether he was the overgrown kid in Wake Up Sid or the ferocious bandit in Shamshera — this film’s only saving grace.

It is one of those odd showbiz facts that the biggest hit of his 15-year career is one in which he played another star, Sanju. The other film categorised as a superhit is Yeh Jawaani Hai Deewani. (See his biggest hits here.)

Unlike his parents Rishi and Neetu Kapoor (nee Singh), his grandfather and great grandfather, Ranbir is working at a time when stars sign fewer films, act in one or two film a year, and focus fully on them, on shooting as well as on promotion, which takes a whole lot of time and effort and is written into their contracts.

In the old days, stars did not bother about promotion or marketing, that was the producer’s or distributor’s job. 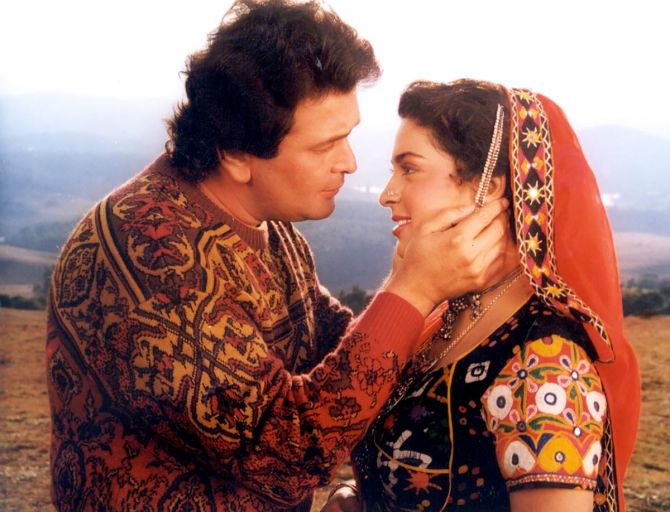 Rishi directed only one film Aa Ab Laut Chalein as compared to his father’s 10 as producer-director (he produced more under the RK banner), most of them hits, except for his semi-autobiographical epic Mera Naam Joker, in which Rishi played younger Raj Kapoor. It was the teen love story, Bobby, with Rishi as the lead that restored his father’s fortunes. 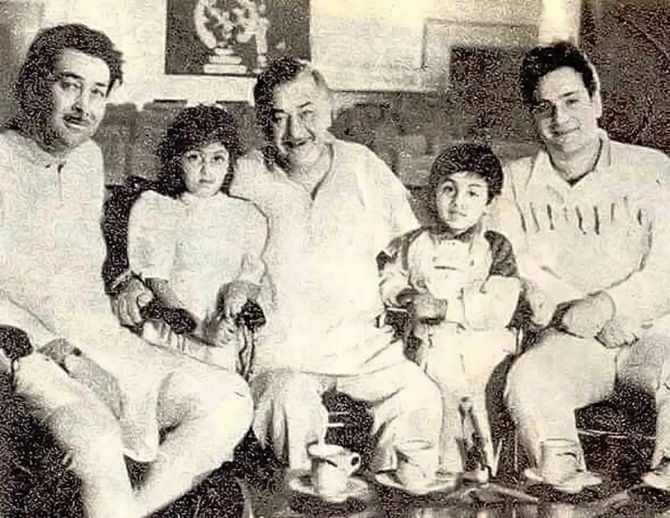 With such long-lasting careers, the Kapoor patriarchs had a number of classics to their credit.

In their day, audiences did not have other distractions (TV, DVD, OTT). They went to the theatres to see their beloved stars, and were much more unforgiving of bad films, as compared to today’s vicious social media trolls.

There were the gentle fanzines in Prithviraj and Raj Kapoor’s time, when Rishi Kapoor started his career, it was the age of the wicked gossip magazines, and stars had to exist in full view of the public so to say.

Ranbir not just has to face the constant paparazzi vigil but also snoops with cell cameras.

These days, a large chunk of a film’s budget goes to the star, so the stakes get higher.

If the star gets all the credit for a film’s success, he (or she) also has to bear the full brunt of the negativity when it fails.

Success today has been reduced to a Rs 100-crore opening weekend, the audience’s attention is divided over other entertainment options, and it is mostly luck and being in the right camp that has saved the careers of many a star kid, who, two decades earlier, could take career longevity for granted. 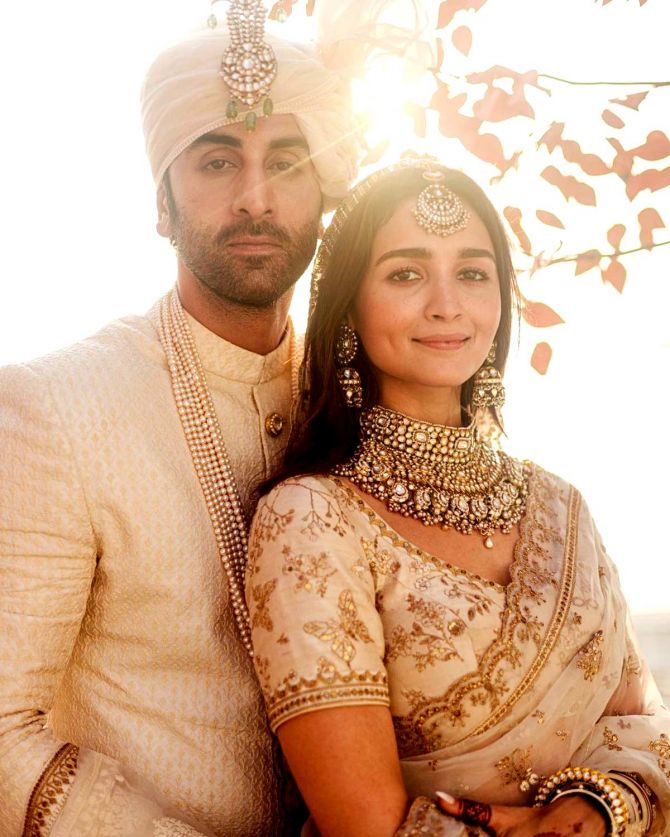 Another area in which Ranbir has been a late bloomer is marriage. After a few well-documented romances with A-list actresses, he settled down with Alia Bhatt a few months short of 40 and is on the way to becoming a father.

His father had worked with a number of new actresses, was not linked with any except Neetu Singh and married her when he was 28.

Raj Kapoor had an arranged marriage as early as 22, and despite the rumoured affairs, he stayed married as was the norm at the time.

Prithviraj Kapoor was married in his teens as was the custom then, and had a stable marriage. 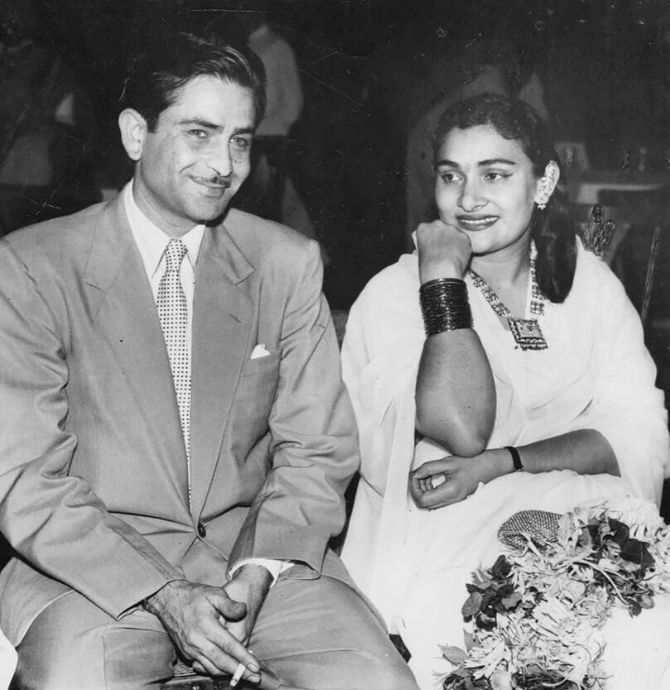 Ranbir has faced more competition than anyone in the Kapoor family did, but his talent (six Filmfare Awards so far) will undoubtedly see him through to the next phase of his career.

If he decides to emulate his grandfather, then film-making is in his genes.

But there is the training — before he entered the film industry, he had studied film-making and method acting at The School of Visual Arts and the Lee Strasberg Institute. 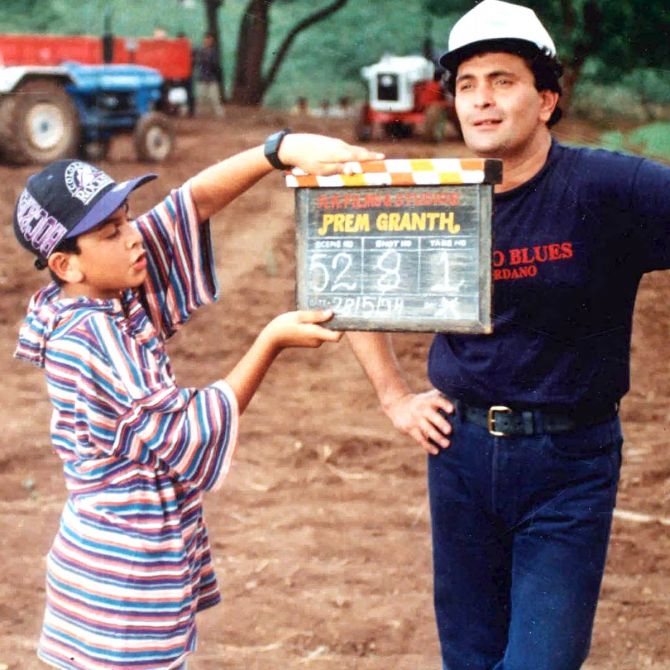 Before acting in Saawariya, he had assisted Bhansali on Black.

He has already formed the company Picture Shuru Productions, with Anurag Basu.

He has two films in the pipeline Sandeep Reddy Vanga’s Animal and Luv Ranjan’s untitled romcom.

If Brahmastra‘s part 2 is made, he will obviously be a part of it.

If 40 is considered the new 20, then Ranbir Kapoor has miles to go, and his family’s motto of Jeena Yahan, Marna Yahaan, Iske Siva Jaana Kahaan (Shailendra’s words, Raj Kapoor’s sentiments) to uphold. 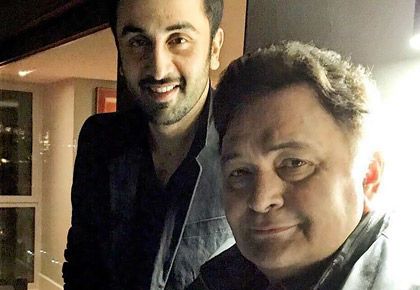