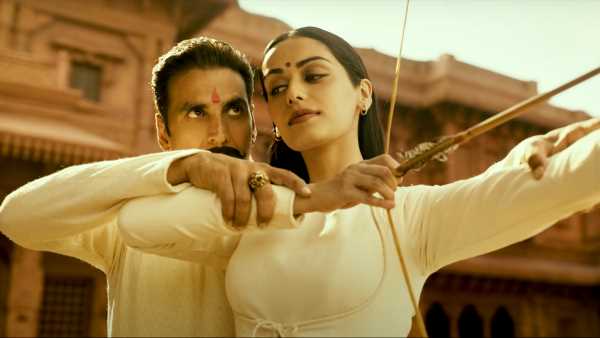 ‘I felt he was a little stout.’

How does Akshay Kumar, who serves up multiple releases in a year, deal with flops?

The actor, whose recent Bachchhan Paandey, did not set the box office on fire, told us how in the first part of an extensive interview.

His new film Samrat Prithviraj sees him play king for the first time, and the superstar reveals he was not convinced initially to play the role.

“A lot of people felt I did not look the part… I am very lucky to have gotten to play his role,” he tells Rediff.com Contributor Mohnish Singh.

We will see you play a king for the first time. What sort of preparation and physical training did you have to go through?

Director Dr Chandraprakash Dwivedi did all kinds of research.

He researched for about 18 years on this script and wrote the screenplay.

He has been involved with it for so many years, but unfortunately, he never got a chance to make this film. No producer was ready to make it.

Then Aditya Chopra came in, and slowly, I got a chance to be a part of this film.

I learned about the film and, later, they approached me for the lead role. But I was a little bit concerned about playing this character.

I am sure you have all read about Prithviraj Chauhan in your textbooks. You must have seen his pictures in your history books.

Then Dr Dwivedi explained to me that his pictures shown in the textbooks and on the Internet are merely the imagination of someone. Someone envisioned him like that and drew it.

He said, ‘According to me, he was very athletic.’

He said, ‘Akshay, he died at the age of 36. He fought some 18 wars. Each war was to be fought for 20-25 days. Every day of war was about 10 hours. Do you think this kind of (stout) man would be fighting? You are wearing at least about 30-35 kilos, and then your sword weighs about 20-25 kilos, and you are fighting. My research says is he was a very athletic person.’

Then, I started imagining myself as that character.

A lot of people felt that I did not look the part. But the explanation is very clear.

That is how I decided to do the role and play this athletic king. What kind of input came from you for Prithviraj?

Why would I give any input?

I have a man who has done the study for 18 years.

He goes according to the book.

He has gone according to Prithviraj Raso, written by Chand Bardai.

There is no room for any mistakes here.

No liberty was taken.

On the contrary, I was very impressed with him.

He has been a creative director on two of my films, Oh My God and Ram Setu. How was filming a historical drama different from the films you have starred in so far?

I just followed what my director said, even the dialogue of how the king would talk, how he visualised him

I even had to ask him where he wanted me to have the pauses.

He used to mark my pauses and say, ‘I want you to say it like this.’

I used to say the exact word that he had written.

I didn’t budge an inch.

If it’s written ‘kovri‘ there, I have to say it. I cannot say ‘chori‘.

Whatever he has researched and studied about it, he has brought that to the table.

You spoke about Prithviraj Raso. And as per that, Prithviraj spoke 14 languages. Do we get to see you speak multiple languages?

The film lasts for two hours and five minutes. Whatever the main aspects of his life were, they have been shown.

If it was a Web series, we could have collaborated and made it.

But it is not a Web series, unfortunately.

We have shown as much as possible. Action resonates with you, and this is a period drama with a lot of action in it. Did you undergo any special training for it?

A little bit of sword fighting and that’s it.

Obviously, the horse riding and all.

But I’ve known that since I started my career.

But this has been a different experience.

I have never played a king before.

You will not believe what kind of a man Prithviraj Chauhan was. He had spoken about equality with women at that time.

He was the only king who got married to Sanyogita and told her, ‘You will sit on the same throne as mine because you and I are going to rule Delhi.’

In fact, there was a revolt against him because of that.

Some men were like, ‘Do you want a woman to rule over us? Do we have to take orders from a woman?’

I was shocked to know that at that time, he had thought about the equality between men and women.

It was also amazing how he would forgive his enemies.

He used to speak to his enemies with respect.

There are many other things that he fought against that were wrong.

I kept reading about him and learning about him. I am very lucky to have gotten to play his role.

I remember in my history book, we had just a paragraph on Samrat Prithviraj Chauhan.

I still remember my mother used to teach me history and geography, and I am sure your mothers and fathers would teach you too.

My mother used to teach me, and when I told my mom that I was playing Samrat Prithviraj Chauhan, she was happy.

I asked her, ‘Do you remember you used to teach me?’

I wish I could have shown this film to my mother.

She would have liked it.

I would have said to her, ‘You used to teach me just a paragraph about him, and today I am able to do an entire film on him.’ How was it working with Manushi Chhillar, and how did your chemistry in the film turn out?

She is an evolved actor.

She is beautiful, and everybody knows that, and that’s why she is Miss World.

In the first film, you get the role of a queen.

It is not an easy role because playing a girl next door is very easy, as you are like that. But to play a queen, something that you have never done in your life before, is difficult.

She have to have that poise, dignity and aura, and she did very well.

She used to come here (at YRF) for months and train with Dr Chandraprakash Dwivedi. She has worked very hard.

And the other beautiful thing was that she has a great memory.

She used to recite her dialogues as well as those of her co-stars.

I used to be like, ‘Arey, why are you saying my dialogues?’ You are the only actor who has worked with all the beauty pageant winners.

I think they have all done very well, be it Lara Dutta, Priyanka Chopra or Bipasha Basu.

I hope Manushi will do well too.

I remember Aishwarya Rai’s third or fourth photoshoot was with me for a magazine called Showtime, so I have worked with practically everyone.

When you work with a newcomer today, do you feel they are more prepared?

Yes, they are very, very prepared.

They can actually make you feel bad.

They know everything because they are exposed to so many things that we were not.

I openly admit that I learn a lot from young people such as my son who teaches me so much.

Their knowledge and way of looking at relationships are so different. 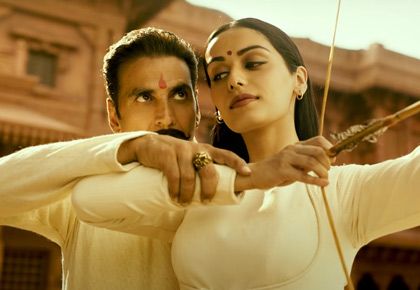 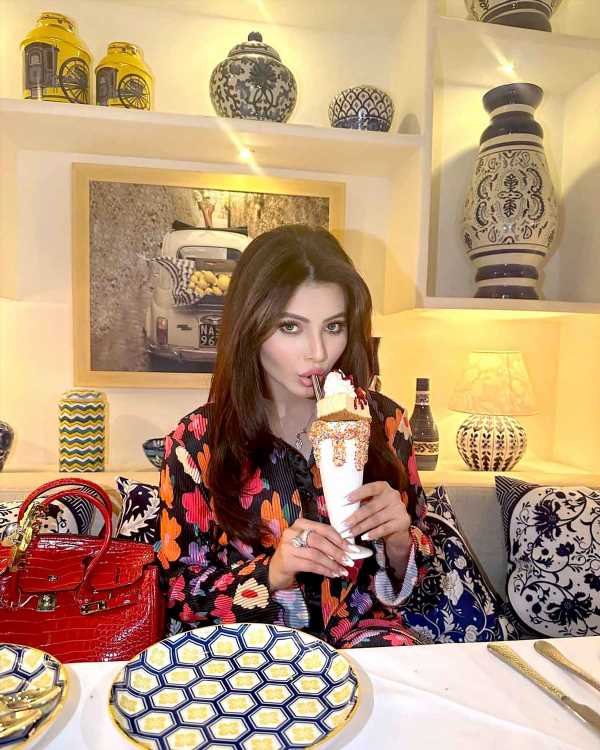 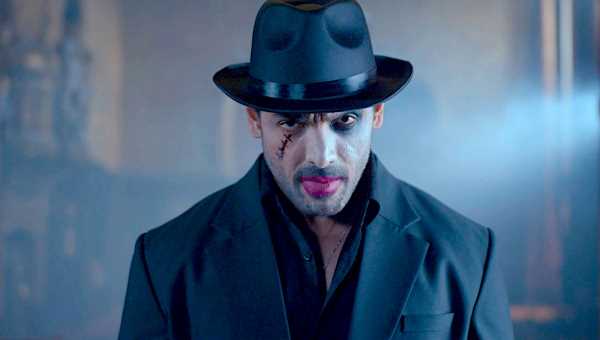 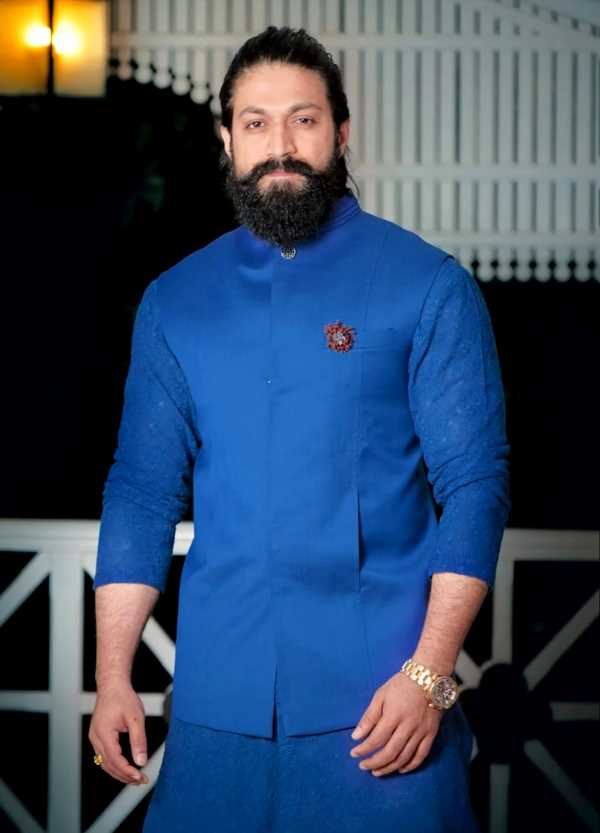