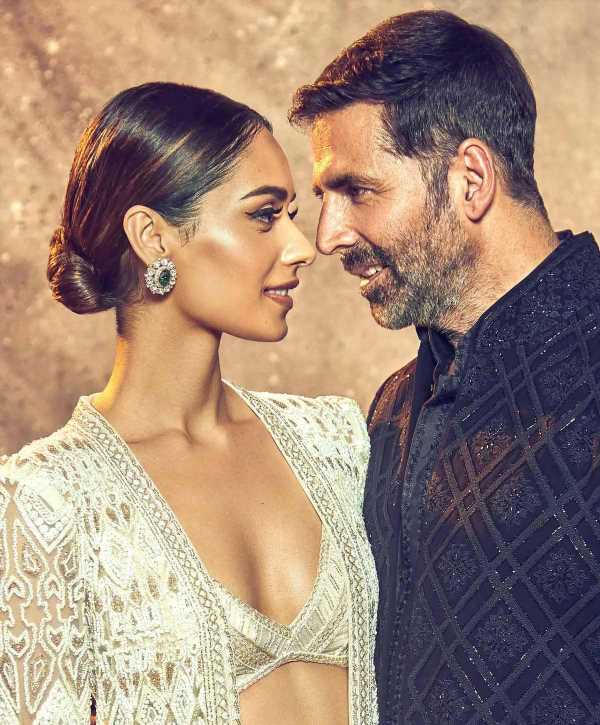 ‘On Monday, you have to pick yourself up and start working on another film and be happy on the set.’
‘You cannot carry your sad face everywhere.’
‘You have to go and enjoy yourself, your work.’

Akshay Kumar lays claim to an electric portfolio of films that has brought home the big bucks.

He currently awaits the release of Samrat Prithviraj, where he plays a king for the first time in his career.

Akshay tells Rediff.com Contributor Mohnish Singh, “I hate it when somebody says south industry or north industry, we are all a common industry. It is important that we understand that this is how the Britishers came and divided us. We don’t seem to have learned our lesson.”

The first of a two-part interview:

You tested COVID-19 positive a second time. How are you feeling now?

I am fine now.

I rested for four-five days and now I am feeling fine.

What happens is when you go to your office, you can wear a mask. Unfortunately, actors can’t.

When I am working, the other actor is spitting on me and I am spitting on him. So it is not possible for us to be safe.

In my profession, there is nothing called ‘work from home’.

Having said that, I do remember doing six-seven ads from home.

I just shot myself at home, and I gave it to them. After a long time, you had a flop in Bachchhan Paandey. How do you deal with failure after delivering back-to-back hits?

Dealing with failure is the same.

I have not just had 13-14 flops, but there was a time in the middle where eight-nine of my films flopped.

I always say that you can feel bad for a flop from Friday to Sunday.

On Monday, you have to pick yourself up and start working on another film and be happy on the set.

You have to go and enjoy yourself, your work.

Good films are made because you enjoy the film.

A lot is being said and written about south films giving a tough competition to Bollywood. What’s your take on that?

I don’t believe in this divide.

I hate it when somebody says south industry or north industry, we are all a common industry.

I think we should stop asking this question.

It is important that we understand that this is how the Britishers came and divided us. They invaded us and ruled us.

We don’t seem to have learned our lesson.

The day we understand that we are all one industry, I think things will start working much better.

I was recently questioned why I am doing two remakes, to which I said, why shouldn’t I?

What is the problem with it?

O My God was remade in Telugu. The film did really well here as well as there.

I did their Rowdy Rathore, and it worked there as well as here.

Why does anyone have an issue with that?

People have a problem with songs being remixed. Why?

We are making originals as well as remakes.

If there is a good south Indian film and we are taking the rights and remaking here, what’s the issue?

Tomorrow: Why Akshay was wary about playing Prithviraj Chauhan!