Here are today's top developments from Afghanistan, which is facing a humanitarian crisis following the dramatic takeover of the country by Taliban. 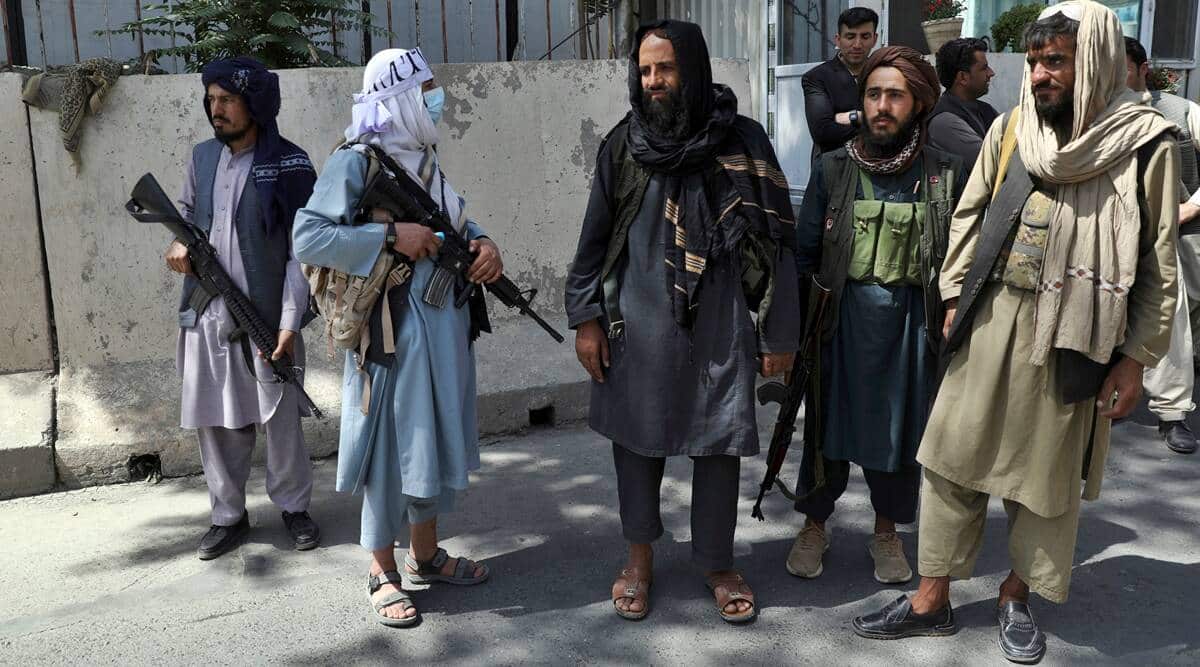 Ahead of an emergency G7 meeting on Afghanistan, a Taliban spokesperson on Monday warned there would be “consequences” if an extension is sought to the August 31 deadline for the US-led troop withdrawal from the war-torn country.

Taliban spokesperson Dr Suhail Shaheen, while speaking to Sky News, said that the month-end deadline was a “red line”, as any extension would imply an extended occupation of the country.

“It’s a red line. President Biden announced that on 31 August they would withdraw all their military forces. So if they extend it that means they are extending occupation while there is no need for that,” Shaheen was quoted as saying by PTI.

The  Taliban were responding to Joe Biden’s Sunday message that said the evacuation was going to be “hard and painful” and that “a lot could still go wrong”. Meanwhile, another Taliban spokesman, Zabihullah Mujahid, while addressing a press conference of Muslim clerics, urged the US to push back against “western propaganda about the Taliban” and said the US was undermining their rule by sending planes and offering Afghans asylum.

Gunfire at Kabul airport kills one

A firefight just outside Kabul’s international airport, where chaos to evacuate those fleeing the Taliban continues, killed at least one Afghan soldier early Monday. 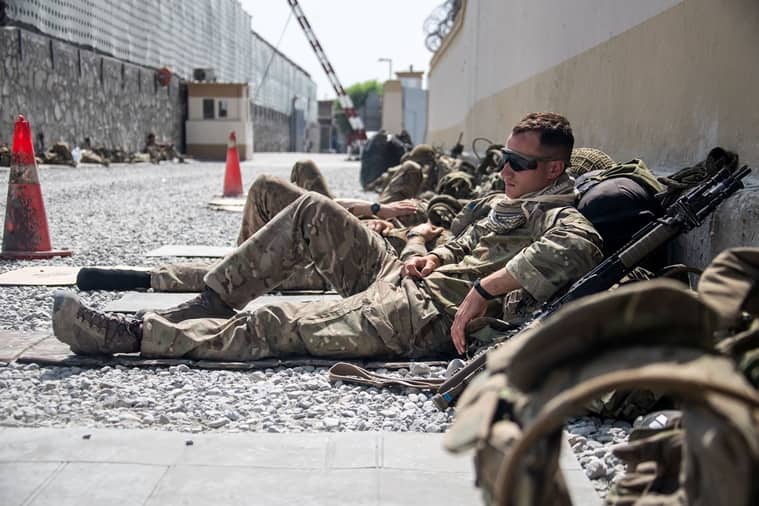 According to the Associated Press, gunfire broke out near an entrance to the airport, where at least seven Afghans died a day earlier in a panicked stampede of thousands of people. The circumstances of the shooting, which occurred around dawn, remained unclear.

However, the German military tweeted saying that one member of the Afghan army was killed and three others were wounded by “unknown attackers”. An Italian humanitarian organisation that operates hospitals in Afghanistan said it had treated six patients with bullet wounds from the airport. The Taliban forces have recaptured three districts in northern Afghanistan that fell to local militia groups last week, a Taliban spokesman on Monday.

The districts of Bano, Deh Saleh, Pul e-Hesar in Baghlan province were taken by local militia groups in one of the first signs of armed resistance to the Taliban since their seizure of the capital Kabul on August 15, news agency Reuters reported. 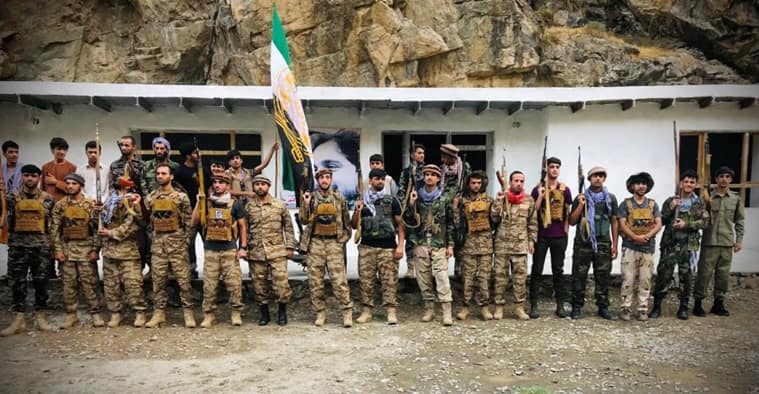 Taliban forces had cleared the districts and were established in Badakhshan, Takhar and Andarab near the Panjshir valley, according to the Twitter account of spokesman Zabihullah Mujahid.

Forces loyal to Ahmad Massoud, son of the anti-Soviet mujahideen commander Ahmad Shah Massoud, have established themselves in the Panjshir valley, a mountainous area northwest of Kabul which resisted the Taliban before 2001. 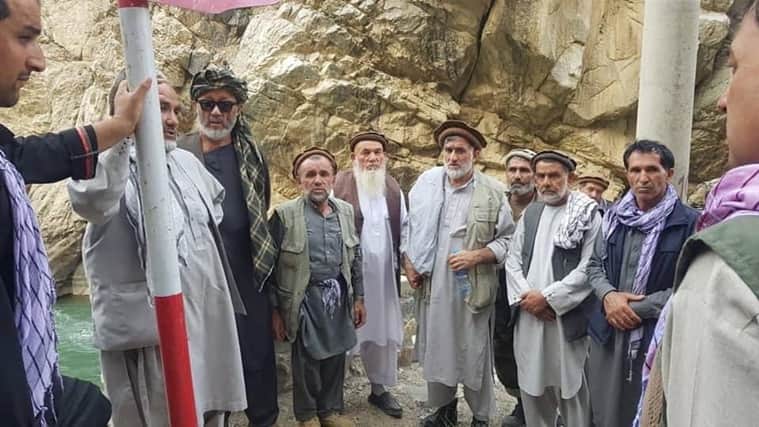 Massoud, whose forces include remnants of regular army and special forces units, has called for negotiations to form an inclusive government for Afghanistan but has promised to resist if Taliban forces try to enter the valley.

Earlier, the Taliban had said that hundreds of fighters were heading towards Panjshir but there has been no immediate confirmation of any fighting.

Japan to send military planes to Kabul to evacuate Japanese

Defense Minister Nobuo Kishi said the planes will pick up Japanese nationals and Afghans who worked for the Japanese Embassy and development agencies. 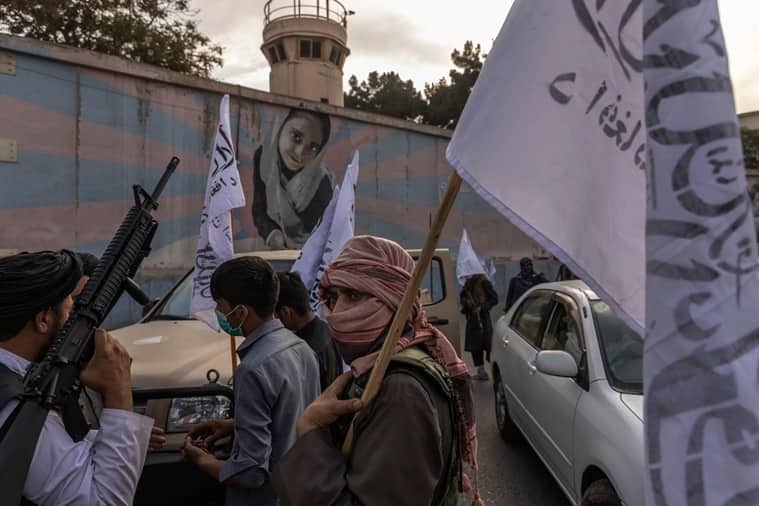 “The local situation is rapidly becoming fluid … and we are doing everything we can to get them out of the country,” Kishi said.

Japan had closed its Kabul embassy on August 15 and set up a temporary office in neighboring Turkey two days later. However, local employees at the embassy and other Japan-related organisations remain in Afghanistan.

Pakistan has urged the Taliban and other leaders in Afghanistan to try to reach an “inclusive political settlement” as soon as possible. Pakistan Foreign Minister Shah Mahmood Qureshi issued the appeal at a news conference ahead of his upcoming visit to several regional countries. 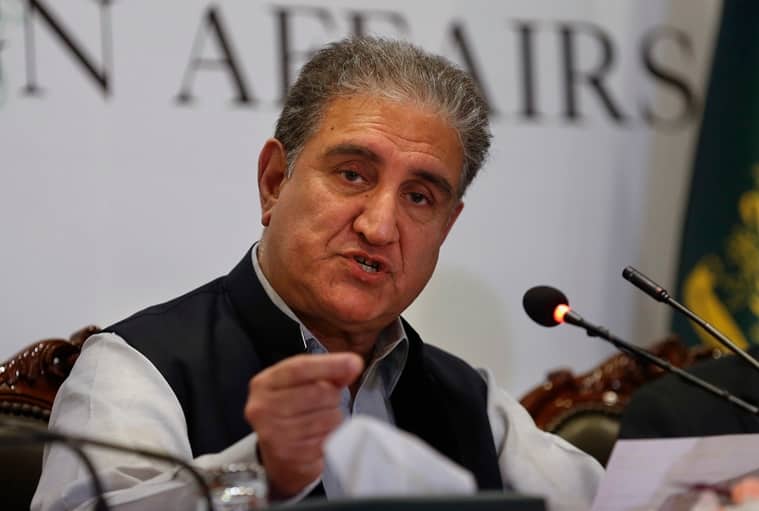 According to AP, Qureshi will leave for Uzbekistan on Tuesday on a trip that will also include stops in Tajikistan, Turkmenistan and Iran to discuss the situation in Afghanistan. He said he had already spoken with officials in China by phone.

Qureshi said it was a good sign that the Taliban were already talking to some other Afghan leaders, including former president Hamid Karzai. Qureshi said Pakistan will continue to play its role for a peaceful and politically negotiated solution of the Afghan issue.