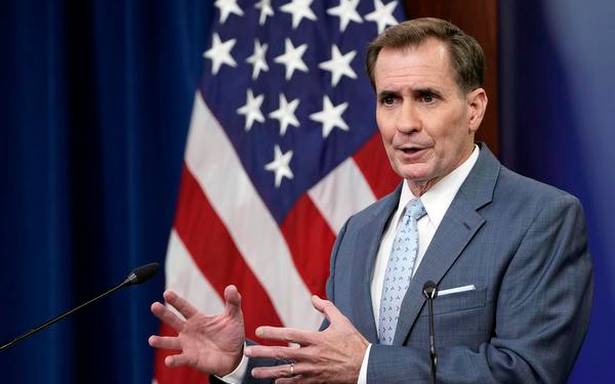 India, the U.S. and several other world powers have been talking about the need to ensure a free, open and thriving Indo-Pacific in the backdrop of China’s rising military manoeuvring in the region.

China’s aggressiveness and the coercive nature in the resource-rich Indo-Pacific region is a frequent topic of discussion among the Quad nations, the Pentagon has said.

In November 2017, India, Japan, the U.S. and Australia gave shape to the long-pending proposal of setting up the Quad to develop a new strategy to keep the critical sea routes in the Indo-Pacific free of any influence, amidst China’s growing military presence in the strategic region.

“There are lots of outcomes to the Quad relationship. And they don’t all have to do with China… It’s not that the Quad exists simply to counter China or their influence,” Pentagon Press Secretary John Kirby told reporters on September 30 at a news conference here.

“Now, obviously, what China’s doing in the Indo-Pacific region, the aggressiveness, the coercive nature with which they try to press their claims, certainly is a frequent topic of discussion with all our allies and partners, and certainly inside the Quad,” he said.

“What the Quad arrangement gives us is another terrific opportunity to work multilaterally on all kinds of initiatives that can help create what we really want here, which is a free and open Indo-Pacific region. And there’s a lot that goes into that, and not all of it has to do with China,” Mr. Kirby said.

Recently, on September 25, Prime Minister Narendra Modi along with his counterparts from Australia and Japan attended the first in-person meeting of Quad leaders hosted by U.S. President Joe Biden.

India, the U.S. and several other world powers have been talking about the need to ensure a free, open and thriving Indo-Pacific in the backdrop of China’s rising military manoeuvring in the region.

China claims nearly all of the disputed South China Sea, though Taiwan, the Philippines, Brunei, Malaysia and Vietnam all claim parts of it. Beijing has built artificial islands and military installations in the South China Sea.