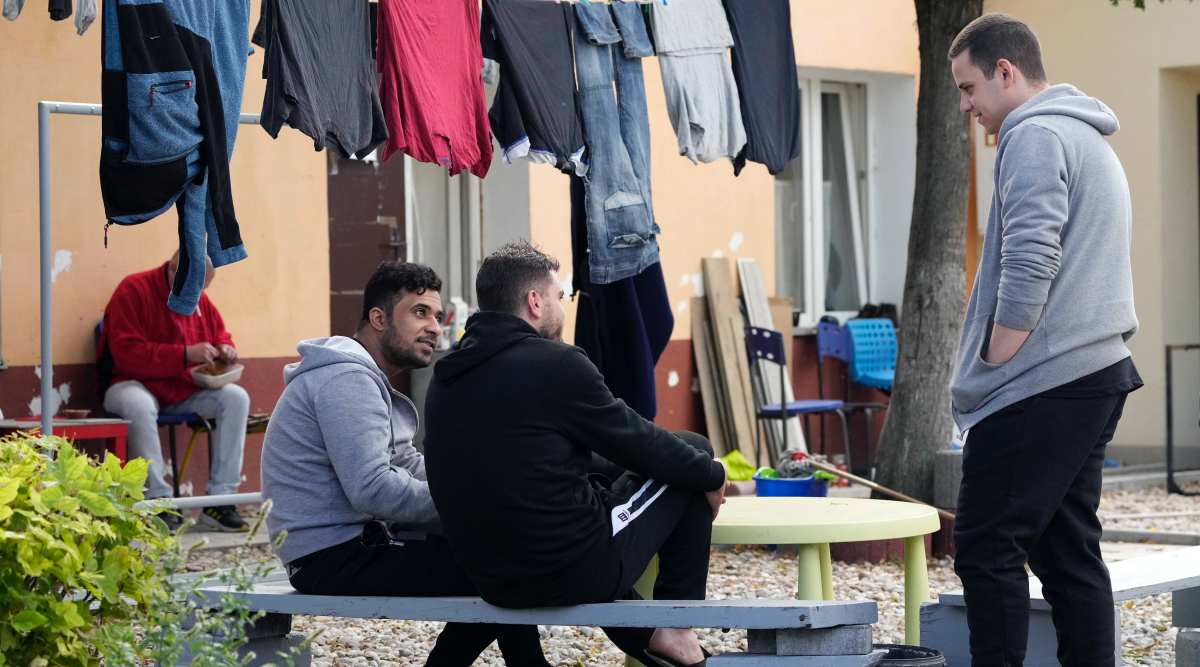 The choice for the father was pitiless: seeking medical help would mean a return to Belarus and the end of his family’s desperate journey to Europe. 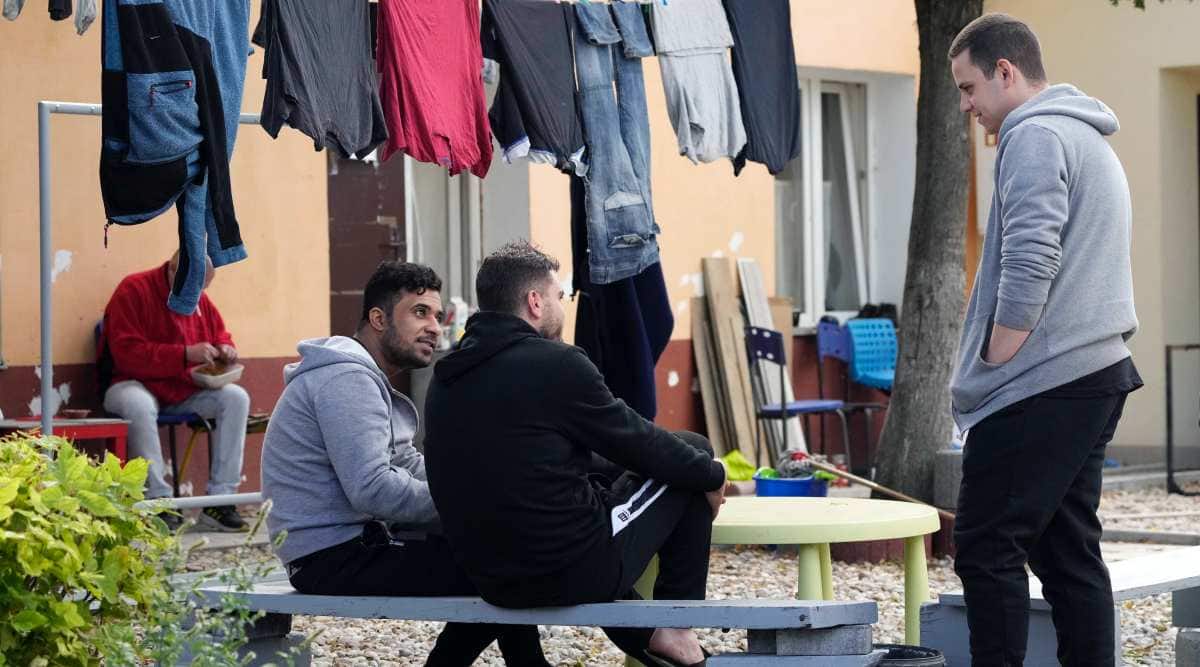 The father had walked in circles in the rain-drenched Polish forest, cradling his sick daughter, delirious after three days with barely any food or water as temperatures dipped toward freezing. He was soaked, shivering and facing a terrible choice.

His daughter, 2, has cerebral palsy and epilepsy. He had wrapped her in a thin coat to protect her from the cold, and she needed urgent medical attention. The father, an Iraqi Kurd who gave his name as Karwan, had guided his family across the border from Belarus but was now in a forested area patrolled by Polish soldiers and border guards.

The choice for the father was pitiless: seeking medical help would mean a return to Belarus and the end of his family’s desperate journey to Europe.

“I can call for an ambulance for you, but border guards will come with it,” Piotr Bystrianin, a Polish activist who arrived to help, told the family, who said they wanted to request asylum in Poland. He had found them after hours of searching in the dark, alerted to their whereabouts by a locator pin sent by cellphone.

Karwan’s family had stumbled into a geopolitical fight between Belarus and Poland that has escalated into a man-made humanitarian disaster for Europe. At least five people who crossed illegally into Poland have died in recent weeks, some of hypothermia and exhaustion, according to Polish officials, and three nearly drowned in a Polish swamp.

“Many more will die as weather conditions get worse,” Bystrianin said. “Our government treats these people worse than criminals, who get taken to prison, as if they are not human beings, just rubbish to be thrown away. What is the plan — to get people killed?”

There is strong evidence that President Alexander Lukashenko of Belarus is using migrants to punish the European Union for imposing sanctions on him for cracking down hard after a disputed election last year. The migrants — some fleeing poverty in Africa and elsewhere and others escaping war in countries like Afghanistan and Iraq — are allowed to enter Belarus and then encouraged to cross over into Poland, a member of the European Union, with hopes of dispersing across the region.

Poland’s right-wing government, determined to keep out refugees and economic migrants, has flooded the eastern border area with security agents while keeping out prying eyes by declaring it an emergency exclusion zone off limits to all but residents.

Opinion polls indicate that a majority of Poles support the government’s approach. But the government — apparently worried about a backlash against the policy — last week began demonizing migrants as terrorists, pedophiles and sexual degenerates who rape animals.

This effort partly backfired, drawing disapproval even from some officials and from the Catholic Church, a powerful force in Poland that rarely criticizes the government.

Archbishop Wojciech Polak, head of the Polish church, said in an interview that it was “harmful” for the government to suggest that “every refugee is a terrorist or a sex offender,” adding: “We cannot accept that people die in front of our eyes.”

In a detailed report, Amnesty International last week documented how Polish border guards had held 32 Afghan asylum-seekers in “horrendous conditions for weeks” and then pushed them back over the border into Belarus in violation of international law. In a separate report, the Helsinki Foundation for Human Rights said that “Poland is conducting mass illegal pushbacks at its border with Belarus.”

Some officials are pushing back against the government’s policy. Poland’s deputy commissioner for human rights denounced the treatment of asylum-seekers as a “scandal” that shows “the darkest possible image of Poland.”

The government’s official line is that it is defending the European Union’s eastern frontier from “hybrid attacks” by Lukashenko, whom Poland accuses of sending migrants across the border to sow disorder.

Poland’s border force said that more than 11,000 people tried to enter illegally from Belarus in August and September, compared with around 120 during all of last year.

The increase started this summer after the European Union imposed sanctions on Belarus for forcing down a passenger jet carrying a Belarusian dissident. Lukashenko’s government initially steered the migrants toward Lithuania but directed them south to the Polish border after Lithuania erected a fence.

Both Lithuania and Poland have reinforced their borders, laying coils of razor wire and fortifying existing barriers, borrowing anti-migrant methods pioneered by Hungary at the height of Europe’s migrant crisis in 2015.

The European Union, loath to see a repeat of that crisis and another surge of support for populist, anti-immigration politicians, has mostly supported the efforts of Poland and Lithuania to keep out people trying to enter from Belarus.

“The aggression from the Lukashenko regime deserves a firm and united response from the EU,” Ylva Johansson, the union’s migration commissioner, said Thursday after meeting with Poland’s interior minister, Mariusz Kaminski.

Kaminski outraged liberals and dismayed some of the ruling party’s supporters when he held a briefing last week featuring what he claimed was a photograph taken from a detained migrant’s cellphone showing a man copulating with an animal.

TVP, a state television station that acts as a bullhorn for the ruling party, headlined its report on the briefing: “He raped a cow and wanted to get into Poland? Details on migrants at the border.”

But the picture turned out to be a still from a zoophilia pornography movie available on the internet and involved a horse, not a cow.

Poland has taken in hundreds of asylum-seekers airlifted from Afghanistan since the Taliban took power in August, but hostility to migrants sneaking across the border has been a constant feature of Poland’s ruling Law and Justice party. In 2015, ahead of elections that brought it to power, its leader said they carried “all sorts of parasites and protozoa.”

Still, many in Poland feel Kaminski’s performance crossed the line.

“If anyone else did what he did, they would be in prison for showing photographs that incite ethnic hatred in such a crude way,” Marek Nazarko, mayor of Michalowo, a town near the Belarus frontier, said in an interview last week. He denounced Kaminiski’s account of eastern Polish towns besieged by violent sexual deviants arriving from Belarus as “vile” lies. “These people are not criminals and have not disturbed order in any way in my town. They are peaceful, desperate people who just want to cross to a better life,” said the mayor, a former police officer.

Last week in his town 20 detained foreigners, including eight children, were led screaming by security officers in black balaclavas onto a bus that took them back to the Belarus border, witnesses said. All were then tossed out of Poland.

The episode prompted Nazarko to call an emergency session of the town council and adorned its chamber with symbolic coils of barbed wire.

Invited to attend, the acting head of the town’s border post, Piotr Dederko, voiced unease about his orders from Warsaw. “I don’t have the heart to take these people to the border and throw them away,” he said. “These are really tough situations.”

The council voted unanimously to turn the town’s fire station into a “help point” with food and temporary shelter for migrants who make it out of the exclusion zone. But to avoid breaking the law, the mayor agreed that the border service would be alerted about those seeking help.

“In Poland today we are living in a situation where it is criminal to help people,” he lamented.

Mateusz Wodzinski, a resident of Lapicze, a tiny border village, said the government had defied human decency by tossing out hungry, freezing people “like pieces of trash.”

And the calm of his village has been destroyed by the din of surveillance helicopters and guard dogs barking. “It is basically like a war zone out here now.”

Bystrianin, the activist who found Karwan’s family near the forest, spends his nights looking for desperate people, roaming country roads and tracks in a car loaded with donated food, water, blankets and dry clothes.

Standing in a clearing early Saturday, Bystrianin, who heads the private charity Fundacja Ocalenie, waited patiently for the distraught family to make their decision.

Worried that his ailing daughter and others in the group might not survive, Karwan decided it would be best to seek medical help. Two ambulances arrived and, as he had been warned, border guards came, too.

Four family members were taken to the hospital and six others to the border to be forced back into Belarus. Bystrianin and a fellow activist, Dorota Nowok, in the area to provide food and clothing, were fined for entering a restricted zone.