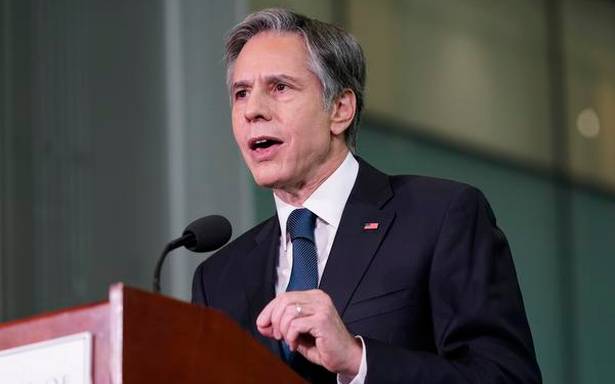 Mr. Blinken was speaking on Tuesday at a joint news conference with Qatar’s top diplomats and defence officials.

U.S. Secretary of State Antony Blinken says the State Department is working with the Taliban to facilitate additional charter flights from Kabul for people seeking to leave Afghanistan after the American military and diplomatic departure.

Mr. Blinken was speaking on Tuesday at a joint news conference with Qatar’s top diplomats and defence officials. He said the U.S. has been in contact with the Taliban “in recent hours” to work out arrangements for additional charter flights from the Afghan capital.

Mr. Blinken said the Taliban have given assurances of safe passage for all seeking to leave Afghanistan with proper travel documents. He said the United States would hold the Taliban to that pledge.

Mr. Blinken said the United States believes there are “somewhere around 100” American citizens still in Afghanistan who want to leave. The State Department had previously put that estimate at between 100 and 200.

Mr. Blinken and U.S. Defence Secretary Lloyd Austin are in Qatar to thank the Gulf Arab state for its help with the transit of tens of thousands of people evacuated from Afghanistan after the Taliban took control of Kabul on August 15.