Sean Dearly had his right hand and forearm in a cast, but did not detail his injuries. He had undergone surgery to repair a severed tendon in his hand, the Northern Territory News reported. 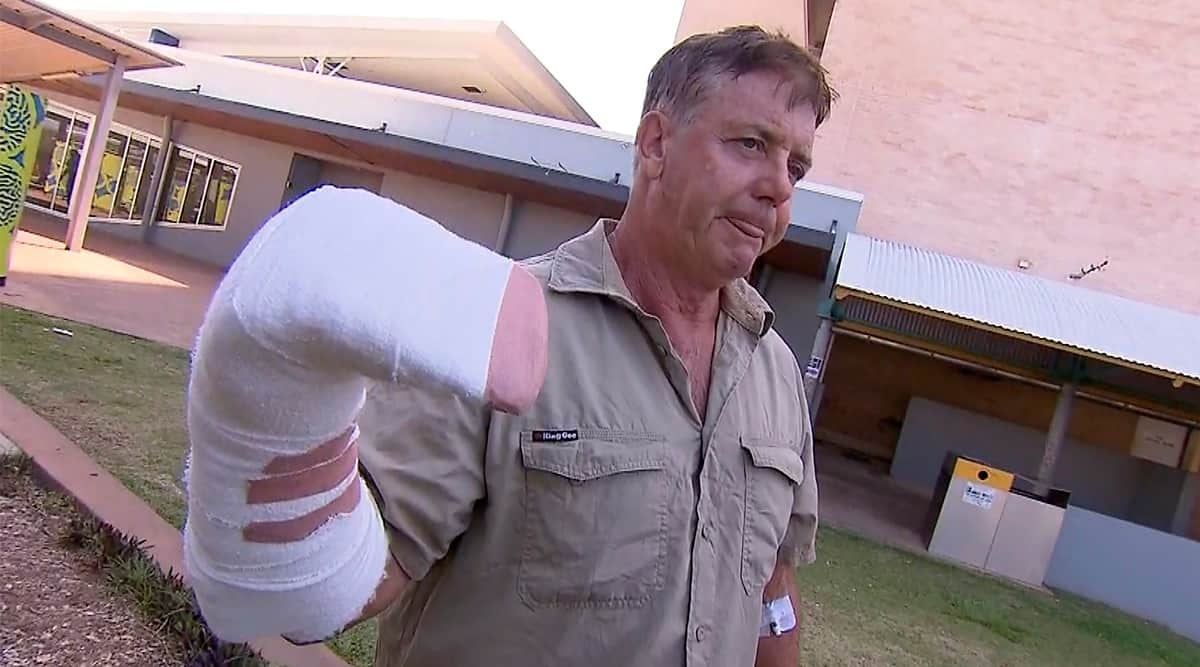 An Australian wildlife tour operator said he was lucky to escape more serious injury or even death when a crocodile lunged from a river and clamped his hand in its jaws.

Sean Dearly was attacked on Monday on the Adelaide River which is renowned for its “jumping crocodiles” — large crocodiles that rise vertically from the water to snatch chicken carcasses dangled from long poles extended from tourist cruise boats.

The 60-year-old Dearly spoke Wednesday about his encounter with a young 2.2-meter (7-foot) crocodile.

“I’m feeling all right. I’m a bit sore in the arm, of course, but, yeah, I survived it,” he told Nine Network television.

Dearly had his right hand and forearm in a cast, but did not detail his injuries. He had undergone surgery to repair a severed tendon in his hand, the Northern Territory News reported.

Dearly said he told the 18 tourists on his cruise on Monday to keep their entire bodies inside the boat at all times for safety.

He then did the opposite when he decided to retrieve a pole he had been using to feed meat to raptors and had dropped overboard.

He was about to grab the pole and “immediately something lunged on to me,” Dearly said.

The crocodile remained clamped on to his arm as he drew back.

“I’ve lifted a crocodile up and I’ve gone: ‘My god, what have I got here?’ And I’m thinking: ‘What are we going to do about this? It’s hanging off my arm,’” Dearly said. Dearly said he hoped the crocodile would not twist its body, which could have caused more serious tearing wounds and potentially dragged him overboard.

“If it had gone into a twist, it would have given me a bit of grief,” Dearly said.

“It went for another bite and it actually released its grip and I just got my arm out as soon as it released. So I was pretty lucky it dropped back down in the water,” he added.

An ambulance was called to the scene but Dearly had already left in a car to make the hourlong journey to the nearest hospital at Palmerston, near Darwin.

“If it had been one of our bigger crocodiles, we’ve got Brutus and the Dominator up the river there, massive animals,” Dearly said, referring to Adelaide River crocs that are respectively 5.5 meters (18 feet) and 6 meters (20 feet) long.