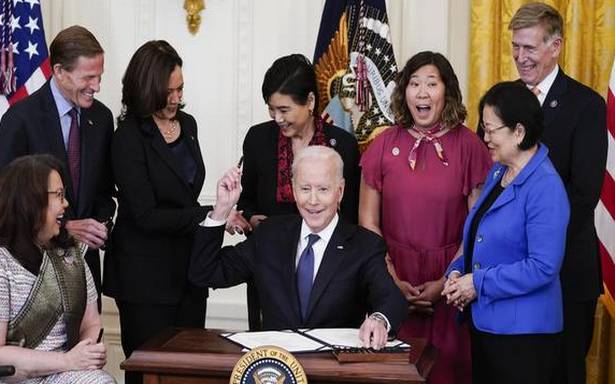 Mr. Biden and Vice President Kamala Harris, who is Black and Indian, discussed reports of stabbings, shootings and other attacks against Asian American and Pacific Islander individuals and their businesses since the start of the pandemic

President Joe Biden on Thursday, May 20, 2021, signed legislation to curtail a dramatic rise in hate crimes against Asian Americans and Pacific Islanders and expressed pride that lawmakers who seem to agree on little else came together against hate and racism.

Mr. Biden lavished praise on Democrats and Republicans for approving the bill by lopsided margins and sending it to the White House for his signature.

Several dozen lawmakers attended the bill signing ceremony, one of the largest groups to visit Mr. Biden at the White House during the pandemic.

Mr. Biden, who stressed his wish to help unite the country as he campaigned for office, said during the East Room event that fighting hate and racism should bring people together.

“I’m proud today of the United States,” he said.

The new law will expedite Justice Department reviews of hate crimes by putting an official in charge of the effort. Federal grants will be available to help local law enforcement agencies improve their investigation, identification and reporting of bias-driven incidents, which often go underreported.

Some activists opposed the legislation’s reliance on law enforcement.

Mr. Biden and Vice President Kamala Harris, who is Black and Indian, discussed reports of stabbings, shootings and other attacks against Asian American and Pacific Islander individuals and their businesses since the start of the pandemic a little over a year ago.

Ms. Harris said such incidents had increased six-fold during that time.

She said that while the new law brings the US closer to stopping hate, “the work to address injustice, wherever it exists, remains the work ahead.” The AAPI Victory Alliance, a policy and advocacy organisation for Asian Americans and Pacific Islanders, complimented Mr. Biden for quickly signing the bill.

But executive director Varun Nikore said the law is “only one piece in the long fight” for equity and opportunity for communities of color.

Mr. Nikore said Asian Americans and Pacific Islanders will use the “electoral prowess” they demonstrated last year to elect leaders who will advocate for their community.

“Ending Asian hate should never be a partisan issue,” he said.

The bill-signing scene at the White House was reminiscent of pre-pandemic times, and the bill itself marked a fleeting moment of bipartisanship in a Congress that has struggled all year to overcome partisan gridlock over issues ranging from COVID-19 aid to the definition of “infrastructure.” House Speaker Nancy Pelosi, D-Calif., and more than 60 guests from Congress, the Justice Department, and advocacy groups, along with White House aides, mingled freely and barefaced due to new public health guidance that people fully vaccinated against COVID-19 can stop wearing face masks while indoors with other fully vaccinated people.

Maine Sen. Susan Collins was the only Republican lawmaker seen in the audience.

At the end of the program, Ms. Harris and lawmakers who led the effort to get the bill passed surrounded Biden as he sat at a desk and signed it into law

China’s ‘Bat Woman,’ at the center of a pandemic storm, speaks out 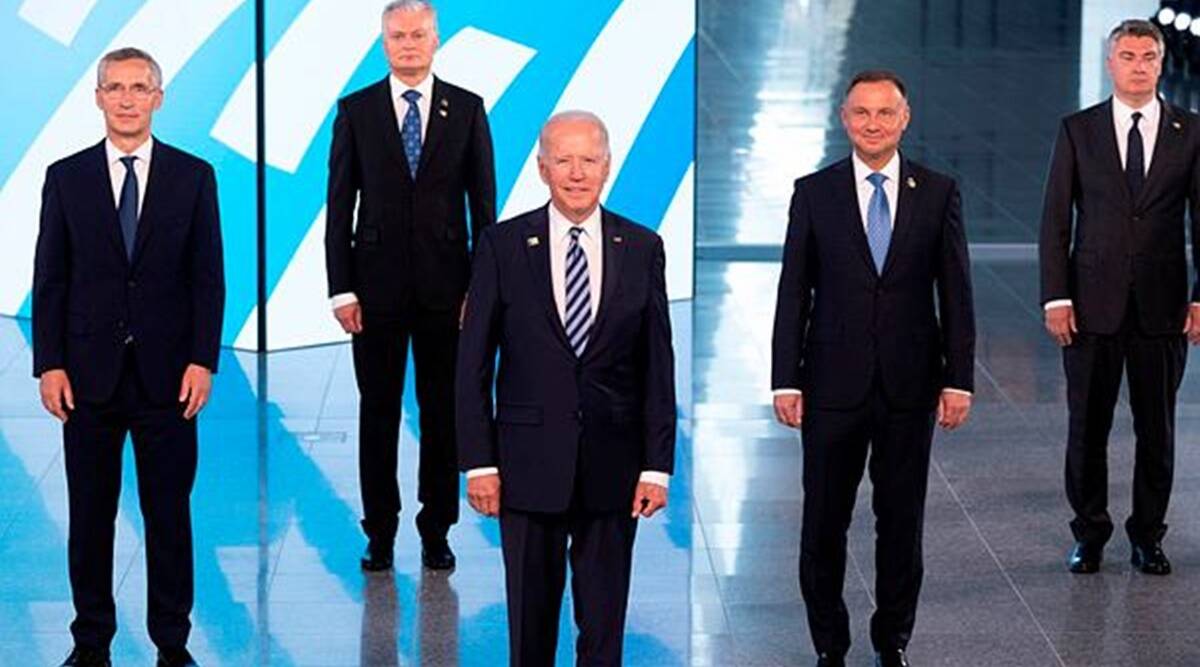 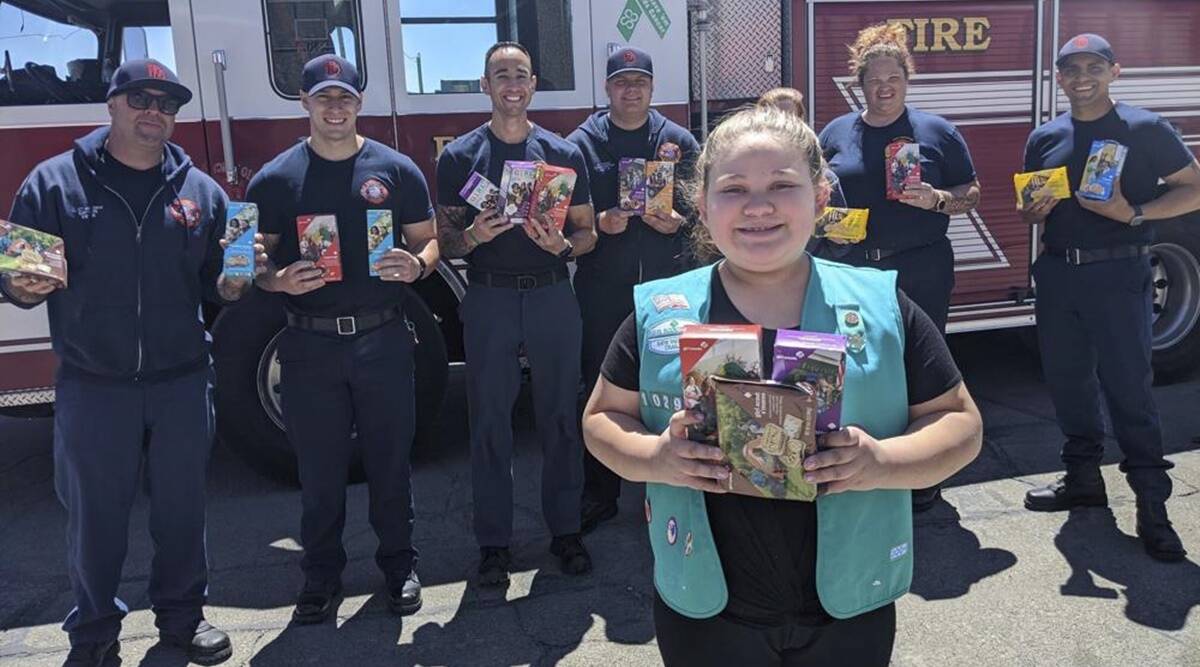