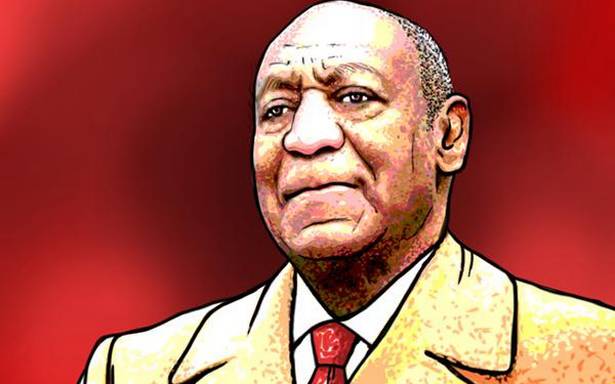 Cosby was born William Henry Cosby Junior, in Philadelphia, Pennsylvania, on July 12, 1937, one of three children to Navy mess steward William Senior and domestic worker Anne. Although his father abandoned their family while Cosby was still a young child, he went on to have a four-year stint as a Navy medical corpsman, during which time he completed high school and secured an athletic scholarship at Temple University in Philadelphia.

Cosby performed well in sports, yet dropped out of university when his comedy career began its meteoric uptake. Nevertheless he returned to academia a few years later to finish his BA and then acquire both an MA and a PhD in Education. Cosby married television producer Camille Hanks in 1964 and they had six children, of whom one, Ennis, died tragically after being shot in 1997.

While Cosby’s career as a comedian began soaring in the late 1950s and early 1960s, including his debut as a stand-up at Philadelphia’s The Underground Club and bookings at New York City’s prestigious Gaslight Café, he struck gold with his first comedy album, “Bill Cosby Is A Very Funny Fellow, Right!,” which received a 1963 Grammy nomination. He went on to win six consecutive Grammys through the decade.

It was from the mid-1960s, spanning 1965 to 2008, and across 10 U.S. States and one Canadian province, that highly publicised allegations began to surface against him, including of rape, sexual assault facilitated by drugging victims, sexual battery, and other crimes related to sexual misconduct.

Despite the many allegations and accusers that Cosby faced, his conviction ultimately came in the case brought by one accuser, Andrea Constand, director of Operations for the Temple University women’s basketball team. Ms. Constand alleged that when she met Cosby at his home in January 2004, he gave her pills on the pretext of reducing her stress, but following that he sexually assaulted her.

Subsequently Ms. Constand filed civil charges against him, yet that case was settled out of court for an unspecified amount in 2006. Nevertheless, in December 2015, Cosby was arraigned on one charge of aggravated indecent assault regarding Ms. Constand’s allegations. In April 2018, Cosby was found guilty on three counts of felony aggravated indecent assault against Ms. Constand, and then in September of that year, he was sentenced to three to 10 years in State prison.

Cosby managed to get his conviction overturned on June 30, 2021, because of a legal loophole, the fact that in his civil case in 2005, erstwhile District Attorney for Montgomery County, Pennsylvania, Bruce Castor, made a promise that Cosby would not be charged in a criminal case because he had deposed in the civil case brought by Ms. Constand. The Supreme Court last week said the prosecution in 2018 violated Cosby’s right against self-incrimination by using statements he made in the civil litigation.

This decision has resulted in a setback for the gains achieved through the #MeToo movement of recent years. Since #MeToo kicked off, Cosby’s was the first major criminal conviction, following allegations of sexual assault made against disgraced Hollywood producer Harvey Weinstein.

While most TV producers have indicated that they would continue to stand by their decisions to shun the idea of ever signing Cosby on for any new programming after his release, it remains to be seen whether a man once regarded as an icon of wholesome family values then revealed to be a sexual predator will succeed in rehabilitating his public image.