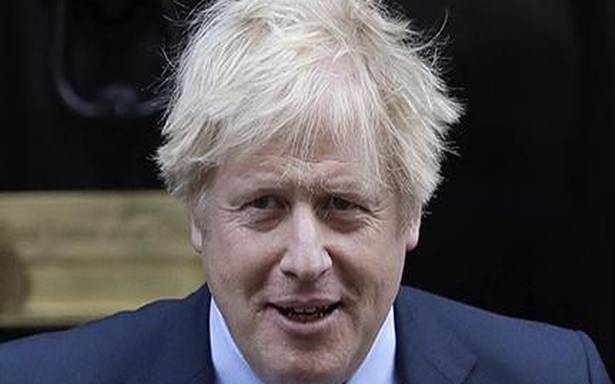 The House of Commons voted by 319 to 248 to back the proposed Health and Social Care Levy, a new 1.25% tax on workers and employers across the country, to be effective from April 2022.

The House of Commons voted by 319 to 248 on Wednesday evening to back the proposed Health and Social Care Levy, a new 1.25% tax on workers and employers across the country, to be effective from April 2022.

The dividend rates for companies will also go up by the same amount to cover what Johnson described as “biggest catch-up programme” for the state-funded NHS in the wake of the COVID-19 pandemic. It is expected to raise an extra GBP 12 billion a year towards health and care costs.

As the move breaks one of the ruling Conservative Party’s central election manifesto pledges, it has angered many of Johnson’s backbench Tory MPs.

However, the move was not expected to trigger a major rebellion within the ranks during the Commons vote. Five Conservative MPs, including Esther McVey, Sir Christopher Chope and Sir John Redwood, voted against the proposal and a further 37 did not vote. The latter figure will include some MPs who had permission not to attend and were paired with members of the Opposition.

“No Conservative government ever wants to raise taxes, and I will be honest with the House, I accept yes I accept this breaks a manifesto commitment, which is not something I do lightly,” Mr. Johnson had told the Commons earlier in the week when he laid out the plans.

“But a global pandemic was in no-one’s manifesto. I think the people in this country understand that in their bones and they can see the enormous debts this government/the Treasury has taken,” he said.

He is also said to have a last-minute plea on Wednesday to potential Tory rebels to support his social care and NHS package ahead of a snap vote in the House of Commons. He told the powerful 1922 Committee of backbench Tory MPs: “We should never forget after all we’ve been through that we are the party of free enterprise, the private sector and low taxation.” The tax will begin as a rise in National Insurance (NI), a compulsory contribution in the annual tax bill, and will increase the country’s highest level in 70 years to about 35.5% of GDP by the end of the Parliament.

During the Commons debate, several Tory MPs in the so-called “red wall” working class areas, who had won over seats from the Opposition Labour Party in the 2019 general election, warned that it was regressive and would disadvantage lower earners and people living in areas with low house prices.

U.K. Health Secretary Sajid Javid has promised MPs that he would be “watchful for any waste” of the GBP 12 billion a year tax revenue, but details on how the money will be spent are yet to be fully laid out.