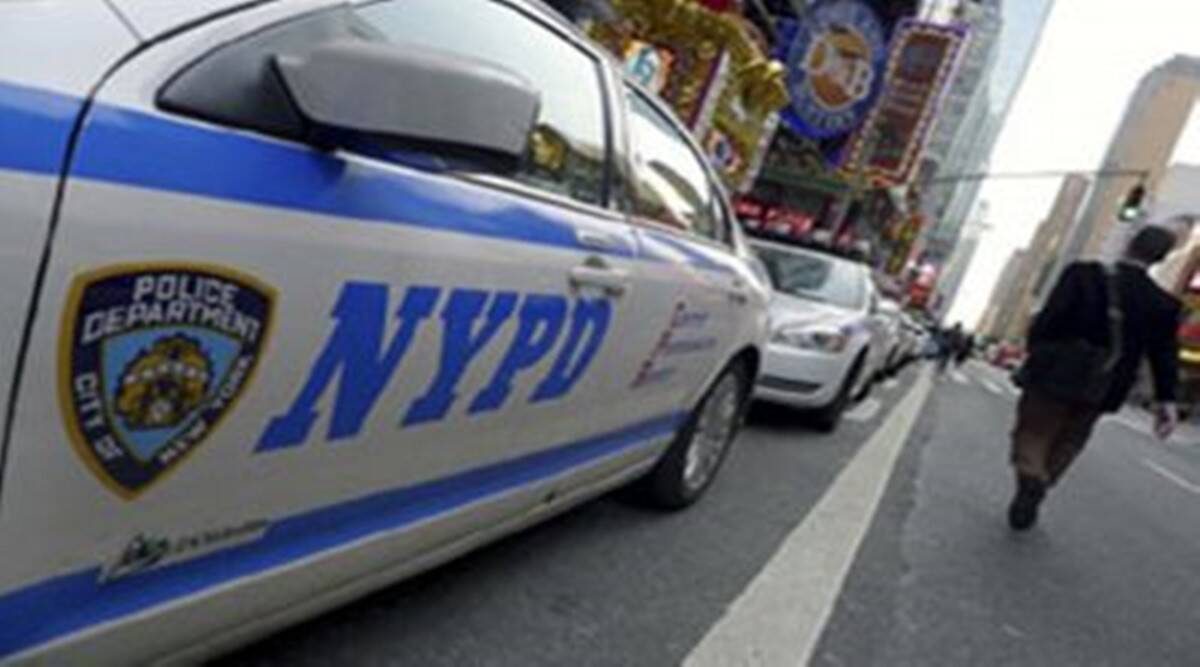 Written by Ali Watkins It was an unusual forearm tattoo that police said led them to Luis Reyes, a 35-year-old man accused of stealing packages from a Manhattan building’s mailroom in 2019. But the truth was more complicated: Reyes had first been identified by the New York City Police Department’s powerful facial recognition software as […] It was an unusual forearm tattoo that police said led them to Luis Reyes, a 35-year-old man accused of stealing packages from a Manhattan building’s mailroom in 2019.

But the truth was more complicated: Reyes had first been identified by the New York City Police Department’s powerful facial recognition software as it analysed surveillance video of the crime.

His guilty plea earlier this year was not solely the result of keen-eyed detectives practicing old school police work. Instead, it was part of the sprawling legacy of one of the city’s darkest days.

Since the fall of the World Trade Center, the security apparatus borne from the Sept. 11 attack on the city has fundamentally changed the way the country’s largest police department operates, altering its approach to finding and foiling terror threats, but also to cracking minor cases like Reyes’.

Policing technology has always advanced along with the world at large. And police have long used surveillance cameras to find suspects caught on video, publicising images of people and asking the public for help identifying them. But both supporters and critics of the shift say it is almost impossible to overstate how profoundly the attacks changed American policing — perhaps most acutely in New York, which lost 23 of its own officers that day, and hundreds more from 9/11-related illnesses in the years since.

The Police Department has poured resources into expanding its surveillance capabilities. The department’s budget for intelligence and counterterrorism has more than quadrupled, spending more than $3 billion since 2006, and more through funding streams that are difficult to quantify, including federal grants and the secretive Police Foundation, a nonprofit that funnels money and equipment to the department from benefactors and donors.

Current and former police officials say the tools have been effective in thwarting dozens of would-be attacks. And the department has an obligation, they say, to repurpose its counterterrorism tools for everyday crime fighting.

“It’s what everybody would want us to be doing,” said John Miller, deputy commissioner for the Police Department’s Intelligence and Counterterrorism bureaus, “instead of just saying, ‘Well, these were just for counterterrorism. So if it’s not a bombing we’re not going to use them. I’m sorry you got mugged.’”

But others say the prevalence of the department’s technological arsenal subjects ordinary New Yorkers to near-constant surveillance — a burden that falls more heavily on people of colour. According to one estimate from a recent analysis by Amnesty International that was shared with The New York Times, a person attending a protest march between Washington Square Park and Sixth Avenue is likely surveilled by police cameras for 80% of their march.

Eric Adams, the Brooklyn borough president and the heavy favorite to become the city’s next mayor, said he intends to audit and reevaluate how counterterrorism and surveillance resources are deployed and used in the city.

Derrick Ingram remembers the laser — that red dot, hovering in his bedroom, trained there by an armed police officer posted across the courtyard from his apartment last summer.

“It was one of the most intense experiences,” he said.

The police had identified Ingram using facial recognition tools they applied to his Instagram profile, intercepted his phone calls and used drones to peer inside his apartment. Dozens of officers descended. The response seemed suited to a terror threat, Ingram said.

But Ingram, an organiser and activist, was not a terror suspect. Officers were seeking him in connection with his participation in a protest, where they said he spoke through a bullhorn near the ear of a patrolwoman, causing her temporary hearing loss. He would later be charged with assault of a police officer — a case that was subsequently dropped.

The intensity of the police operation was shocking, Ingram said.

“It kind of felt stupid. I felt like it was a waste of taxpayer money and funds,” Ingram said. “We’ve created a monster that’s kind of always existed within America, but we’ve given that monster — because of 9/11, because of other terrorist attacks and things that have happened — unquestionable, unchecked power.”

Safeguards meant to limit the police’s ability to monitor political activity were suspended. Thousands of additional cameras and license plate readers were installed around Manhattan, part of the lower and midtown Manhattan security initiatives.

Only recently — because of a law passed by the City Council last summer, to police officials’ dismay — did the breadth of the Police Department’s surveillance dragnet begin to become clear. The law, known as the POST Act, requires the department to provide a public accounting of its post-9/11 technological arsenal.

Police officials have proved reluctant to fully comply with the transparency requirements, and have historically kept such expenditures secret even from the city’s own comptroller. But according to figures maintained by the city’s Independent Budget Office, the Police Department’s spending on intelligence and counterterrorism nearly quadrupled between 2006 and 2021, up to $349 million from $83 million in 2006, the earliest year for which the office keeps data.

For a department that was running entire precinct houses on single computers at the time of the attacks, the expansion has been stunning, said Raymond W. Kelly, whose second stint as New York City Police Department commissioner began just months after the attacks. Kelly led a frantic, rapid effort to bring the department up to speed.

“We brought in thousands of computers and lots of other technology to try to get the department into the 21st century,” Kelly said.

He challenged the notion that the surveillance apparatus in New York troubled many residents. Most Americans are used to having their pictures taken even while shopping in a department store, he said.

“Your picture was probably taken 30 times while you were in that store,” Kelly said. “I don’t think the average person has the concern about privacy that many of these activist groups have.”

In documents released earlier this year, police acknowledged their use of a vast network of license plate readers, thousands of surveillance cameras, mobile X-ray vans and digital tools that are used to scrub social media profiles and retain deleted information. Much of the resulting data can be collected and stored without a warrant.

The tactics have become ubiquitous in criminal cases, including investigations of low-level crime. Asked to identify recent cases in which police used such surveillance measures, public defenders from across the city said it was difficult to think of one that had not.

“My office defends tens of thousands of cases each year, and I would be shocked if we have a single case of any level of severity that did not include some form of surveillance technology,” said Elizabeth Vasquez, director of the science and surveillance project at Brooklyn Defender Services.

Most often used, lawyers say, is the Police Department’s Domain Awareness System, which fuses data from several different surveillance tools — license plate readers, closed-circuit television streams, images that can be analysed with facial recognition software, or phone call histories — and associates the data with a person or address.

The department has acknowledged that the platform was not developed as a crime-fighting tool, but rather, has been repurposed into one: “Originally designed as a counterterrorism platform, DAS is now a program that aggregates a substantial quantity of the information NYPD personnel use to make strategic and tactical decisions,” read a draft policy paper posted on the department’s website.

The police say safeguards exist around the information that the department collects — warrants, for example, are sometimes required to query stored data, and facial recognition software cannot be the sole reason for an arrest. But civil liberties advocates say the kaleidoscopic data network collected by the police has effectively turned the city into a surveillance state, even for law-abiding New Yorkers.

Donna Lieberman, executive director of the New York Civil Liberties Union, said her organisation was already concerned with creeping police surveillance in the 1990s. Not long before the attacks, the group had mapped out every camera they could find in the city. In hindsight, she said, the exercise would prove naïve.

“We made a map, and we had dots — we had pins at that time — where there were cameras. And when we did that, there were a couple of thousand,” Lieberman said. “We repeated the survey at some point after 9/11, and there were too many cameras to count.”

The remaking of the intelligence division

In the months and years after Sept. 11, the Police Department under Kelly set about building a system that would protect the city from another attack.

The department established a counterterrorism bureau and remade its intelligence division, including the Demographics Unit — a secretive police unit that kept tabs on Muslim New Yorkers, even without evidence of a crime.

“The theory was, in the course of regular policing, police officers around the country would run across little bits of information that, when added to other kinds of information, would potentially reveal terrorist plots in the making,” said Faiza Patel, director for the Brennan Center’s Liberty and National Security Program, which researches the intersection of civil liberties and surveillance. “In order to do that, they really lowered the threshold for information collection.”

The department still defends its practices, but later settled a lawsuit alleging it had illegally spied on Muslim New Yorkers, and officials say it no longer employs the kinds of demographic surveillance it used following the Sept. 11 attacks. Today, many of the division’s resources have returned to tracking gang conflicts and gun crime (it also maintains a division to track extremist groups).

Still, the scars from the surveillance of Muslim New Yorkers remain, and the policing methods behind it — data collection and intelligence-gathering — have stuck.

Ingram, the activist who was arrested after a Black Lives Matter protest against racism in policing, was one of several people involved in last summer’s demonstrations who said they were eventually interviewed by city and federal counterterrorism officers.

“When the definition of ‘terrorism’ becomes anyone you don’t agree with, that’s utterly terrifying,” said Hannah Shaw, who was arrested during a protest last summer and turned over to federal anti-terrorism agents for questioning.

“There’s certainly more police presence,” Umbach said. “That is an ongoing trend that predates 9/11. It continues for reasons that have nothing to do with terrorism.”

What has changed, he said, is the tools that police have at their disposal.

“Government funding developed these tools for war and then they get repurposed for policing,” he said. “And that’s a real issue.”

For those in law enforcement who lived through the pressure of a post-9/11 world in New York, the nexus between counterterror work and policing street crime seemed a natural progression.

“It’s hard to explain sometimes how difficult the work was early on, with all the threats that we were facing, and the expectation that we were going to stop every single thing,” said Carlos Fernandez, a former FBI agent in charge of counterterrorism in New York City who worked closely with the Police Department after Sept. 11. “That was a very challenging environment to work in.”

The tools developed in the aftermath of the attacks proved to be useful in fighting street crime too, Fernandez said.

“I think to a large degree it’s been very beneficial,” Fernandez said. “But without the proper checks and balances, anything that’s good can also be used for bad reasons.”