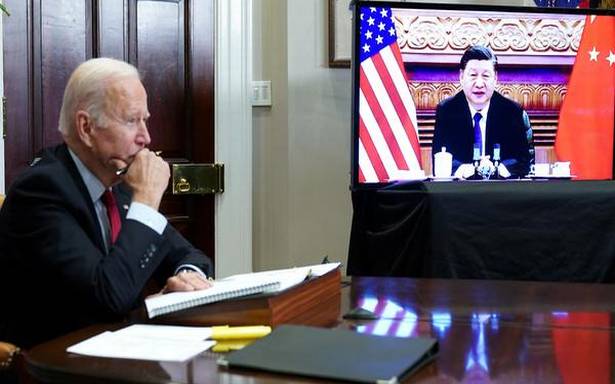 China also dismissed complaints of abuses against Uyghurs as lies

The Chinese government on Friday denounced a US law that restricts imports from Xinjiang as a violation of international law and dismissed complaints of abuses against mostly Muslim minorities in the northwestern region as lies.

President Joe Biden signed the measure Thursday amid mounting tension including appeals by activists for a boycott of February’s Winter Olympics in Beijing. It prohibits US businesses from importing goods from Xinjiang unless they can be proven not to have been made by forced labour.

Chinese officials reject the accusations and say the camps are meant for job training and to combat radicalism.

The accusations are “vicious lies concocted by anti-China forces,” said Mr. Zhao. “Residents of all ethnic groups there enjoy happy and fulfilling lives.” Chinese state media have criticised foreign shoe, clothing and other brands that express concern about Xinjiang and publicized calls for boycotts of their goods.

On Thursday, chipmaker Intel Corp. apologized for asking suppliers to avoid sourcing goods from Xinjiang, a major source of silica used in processor chips. Global Times, a newspaper published by the ruling party, called the company’s request “arrogant and vicious.”