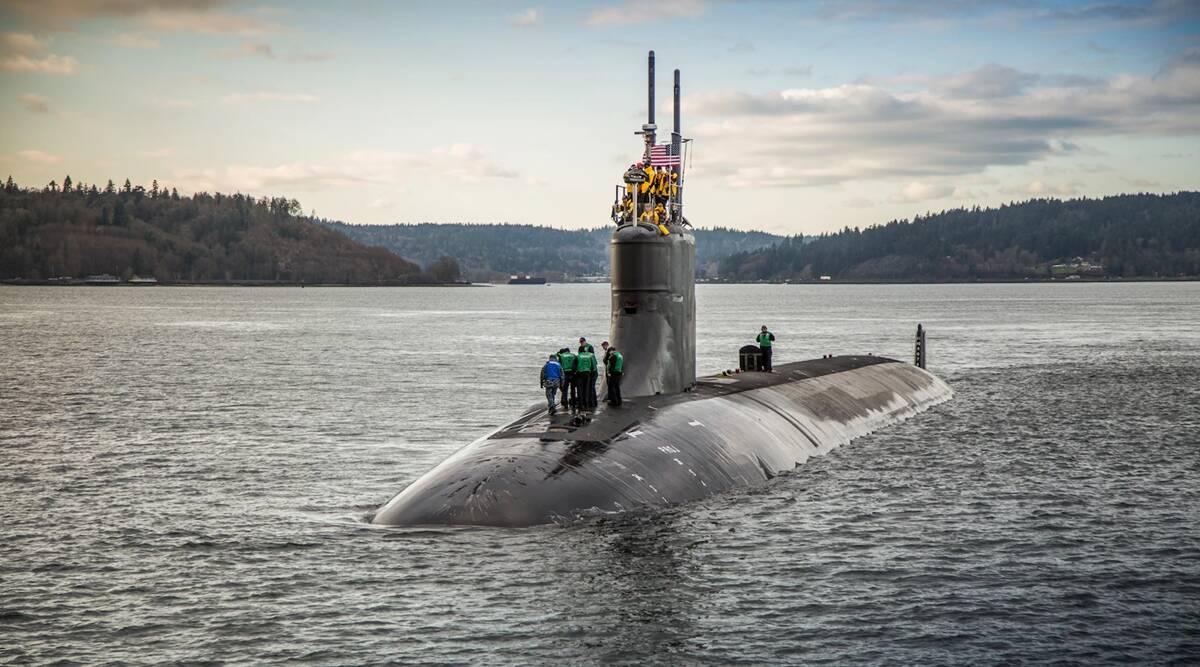 The US has been periodically sending its naval and air patrols through the SCS, challenging China's claims of sovereignty over the area and also to assert the freedom of navigation. 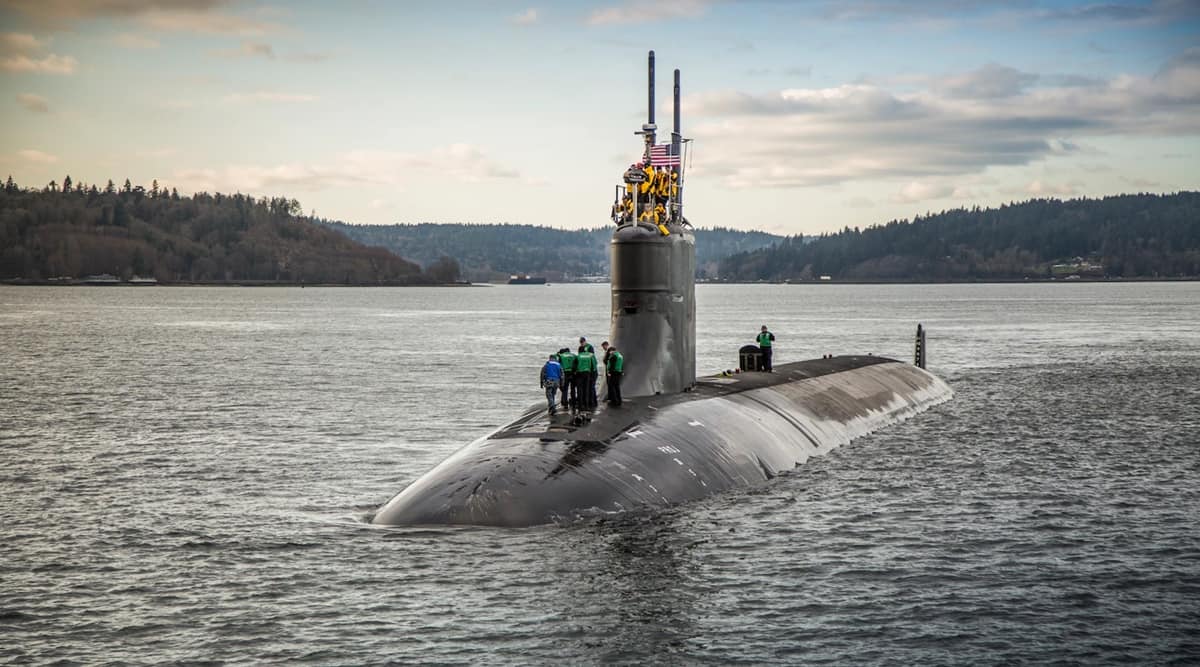 The Chinese military is still in the dark over what damaged the US nuclear submarine when it was on the prowl in the disputed South China Sea early this month, while satellite photos of the moored vessel showed that the sub may have had a head-on collision, rendering it “deaf and blind,” according to a media report on Saturday.

A recent satellite image suggests that the damage to the American submarine, the USS Connecticut may have been caused by a head-on collision with a pint-sized submerged object in the South China Sea (SCS), according to Chinese military experts.

The incident four weeks ago may have occurred in waters near the disputed Paracel Islands in the SCS controlled by China, indicating the Chinese Navy could have detected the American sub on its way to Guam but was not aware of its damaged condition, the Hong Kong-based South China Morning Post reported.

Earlier this month, media reports said that the US nuclear-powered submarine was damaged after it struck an object underwater in the SCS.

Eleven sailors on board the USS Connecticut were injured in the accident. None of the injuries were life-threatening, an announcement by the US Pacific Fleet said.

It is unclear what the Seawolf-class submarine may have hit as the US Navy’s announcement of the accident days later did not give further details such as the extent of the damage, what the sub had collided with or the specific location.

Reacting to the incident, Chinese Foreign Ministry spokesman Zhao Lijian told a media briefing here on October 8 that “China is severely concerned about this accident” and asked the Pentagon to provide an explanation.

“The US as the side involved in this incident should inform the relevant details including the location, purpose of this navigation, details of the accident and what did the submarine run into and whether any nuclear leakage has taken place and whether local maritime environment was harmed,” he had asked.

After the incident, the submarine managed to travel to the US Navy’s base in Guam and the first publicly available image of the moored vessel showed that the sonar dome of the Seawolf-class sub’s nose had been taken out, suggesting its bow sonar system was damaged in the incident on October 2, the Post report said.

The satellite photos of the submarine USS Connecticut were captured by the American private Earth imaging company Planet Labs on October 20, and published by American technology and military site The Drive.

“It’s almost certain that the USS Connecticut was hit in a head-on collision that cracked its sonar dome, the most important sensor system, meaning the sub became effectively blind and deaf underwater and had to escape immediately,” Macau-based military observer Antony Wong Tong said.

Paracel Island of the SCS is called Xisha islands by China.

China claims sovereignty over all of the South China Sea. Vietnam, Malaysia, the Philippines, Brunei and Taiwan have counter claims.

Beijing is engaged in hotly contested territorial disputes in both the South China Sea and the East China Sea. It has built up and militarised many of the islands and reefs it controls in the region. Both areas are stated to be rich in minerals, oil and other natural resources and are also vital to global trade.

The US has been periodically sending its naval and air patrols through the SCS, challenging China’s claims of sovereignty over the area and also to assert the freedom of navigation.

Cao Yanzhong, a researcher with the People’s Liberation Army (PLA) Academy of Military Science has claimed that the US warships and planes carried out over 2,000 close spying missions aimed at China this year as rivalry between the two countries heightened.

The targets of these missions included Chinese controlled islands and reefs in the SCS as well as the coastal area of the Chinese mainland, Cao told the 10th Xiangshan forum, an annual Chinese military conference recently.

Wong further said that information suggested that the collusion of the US submarine could have happened close to the exclusive economic zone claimed by China around the disputed islands, even if the US did not recognise such a zone when conducting freedom of navigation operations in what it says are international waters.

“The collision may have happened less than 43 nautical miles from the Paracels, and a sub-operation is much more sensitive than those of surface vessels, pushing the US Navy to keep a low profile and avoid alerting their Chinese counterparts. The fact that the American sub could stay underwater for so long suggests that the damage was not serious,” Wong told the Post.

Beijing-based naval expert Li Jie said that the Chinese Navy may have been aware of the American sub’s route through the region but did not establish where the incident occurred and just let it pass.

The damage could have been caused by something the size of an underwater drone, rather than another submarine, the expert said.

“This accident reminded the People’s Liberation Army Navy to further beef up China’s underwater surveillance capability, as well as its defensive strength in the region,” Li added. 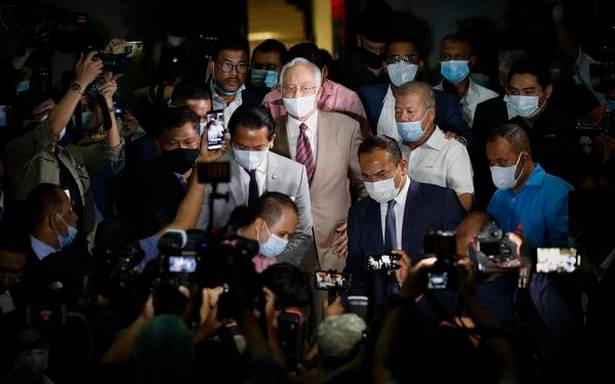 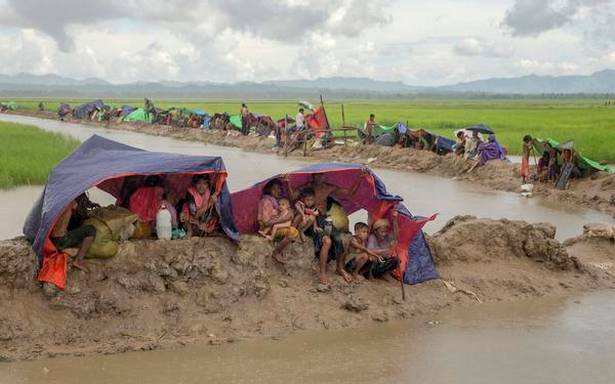