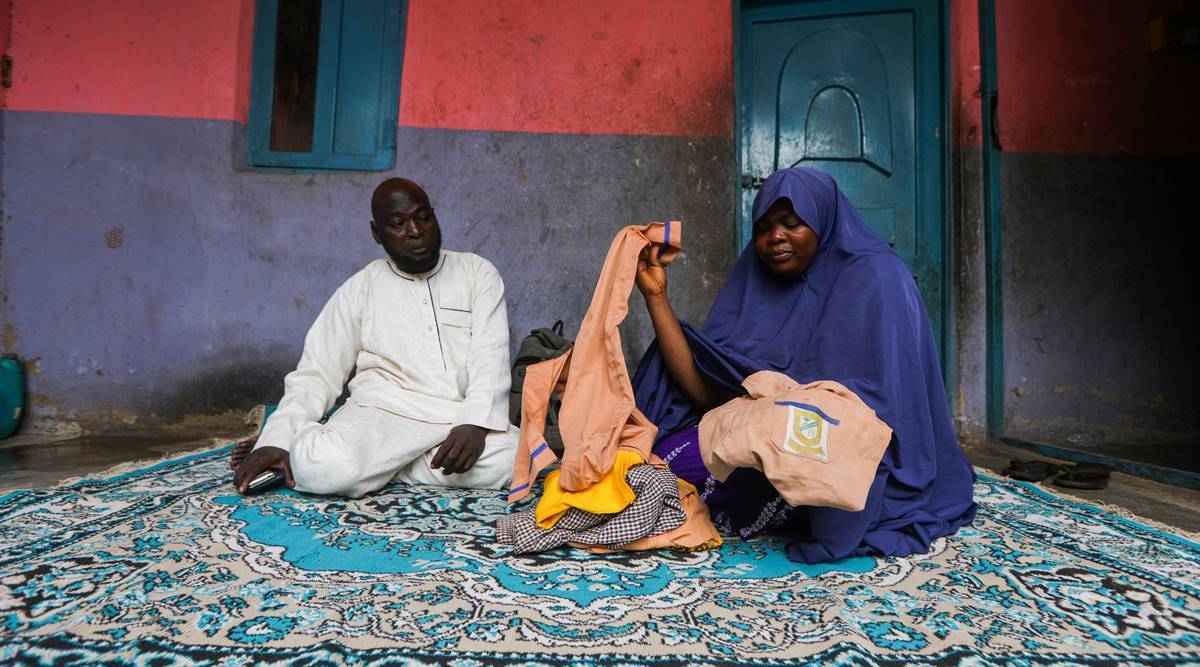 Kidnappers have taken more than 1,000 students since December amid a rash of abductions across the impoverished northwest. After armed men snatched seven of Abubakar Adam’s 11 children in northwestern Nigeria, he sold his car and a parcel of land and cleaned out his savings to raise a ransom to free them.

He sent his 3 million naira ($7,300) into the bush, together with payments from other families in his town of Tegina. The kidnappers took the money, seized one of the men delivering it and sent back a new demand for more cash and six motorbikes.

“We are in agony,” the 40-year-old tyre repairman told Reuters, still waiting for any sign of what happened to his children three months after the mass abduction. “Honestly I don’t have anything left.”

Kidnappers have taken more than 1,000 students since December amid a rash of abductions across the impoverished northwest. Around 300 of the children have still not been returned, according to a Reuters tally of reports.

President Muhammadu Buhari has told states not to pay  anything to kidnappers, saying it will only encourage more abductions. Security agencies say they are targeting the bandits with military action and other methods.

Meanwhile, hundreds of parents are facing the same quandary: do everything they can to raise the ransoms themselves, or risk never seeing their children again.

“We are begging the government to help,” said Aminu Salisu, whose eight-year-old son was taken in the same daylight raid on Tegina’s Salihu Tanko Islamic school in May, alongside more than 130 students.

Salisu cleared out his own savings and sold everything in his shop to raise his contribution. The owner of the school sold off half the grounds. Together, with the help of friends, relatives and strangers, the people of Tegina said they raised 30 million naira. But that still wasn’t enough for the bandits.

Kidnappers collected more than $18 million in ransom from June 2011 to March 2020 in Nigeria, according to an estimate by Lagos-based analysts SBM Intelligence.

That flood of cash brought a flood of new kidnappers, said Bulama Bukarti, an analyst in the Extremism Policy Unit of the Tony Blair Institute for Global Change. He estimated there were currently around 30,000 bandits operating in the northwest.

“It’s the most thriving, the most lucrative industry in Nigeria,” he told Reuters.

Kidnapping has become a tempting career choice for young men at a time of economic slump, double-digit inflation and 33% unemployment.”

From December, we saw the Pandora’s box open. They saw it was possible. They saw that nothing happened to the attackers,” Bukarti said.

In December, gunmen kidnapped 344 boys from the Government Science Secondary School in the northwestern state of Katsina during a night-time raid. The kidnappers released the boys a week later, but it set off a spate of similar kidnappings across the region.

The bandits took a page from the Islamist militant group Boko Haram, which seized more than 200 schoolgirls from the northeastern town of Chibok in 2014. That group had ideological aims and forced some of the girls to marry fighters.

The armed kidnappers in the northwest are motivated by money, experts say.

The abductions have piled more pressure on President Buhari, who promised to tackle insecurity at his inauguration in 2019.

They have also tested the security services. The military – pitted against the kidnappers in the northwest, Islamist insurgents in the northeast, separatists in the southeast and piracy in the Delta – is deployed to at least 30 of Nigeria’s 36 states.

Information Minister Lai Mohammed, in an interview with Reuters, defended the strategy not to pay ransoms.

Instead, he said, the government had destroyed multiple bandit camps and tried other approaches to tackle banditry.

He declined to give details, citing the need for secrecy around ongoing operations, but said all levels of government are working to free the children.

The government of Niger state, which includes Tegina, declined to comment.

Officials working with the governor said they needed to keep their efforts secret.

The Armed Conflict Location and Event Data Project (ACLED), an NGO, tracked a 28% increase in violence nationwide in Nigeria in the first six months of 2021, compared with the previous six months.

Reported fatalities from violence nationwide rose 61% to 5,197, it said.

It all explains, Bukarti of the Extremism Policy Unit said, why Adam and other parents are willing to sell everything they have to pay ransoms themselves.

“They cannot afford (it) by any means. But it’s a life-and-death matter. And they know security agencies cannot free their loved ones.”