The price of the world’s most prominent crypto-currency Bitcoin has more than halved in the last two months after hitting a peak in mid-April. The second-most valuable crypto-currency, Ether, has seen a similar fall from its peak last month. China’s crackdown against crypto-currencies, which are those that aren’t sanctioned by a centralised authority and are secured by cryptography, is said to have a lot to do with the crashing of the value of crypto-currencies.

So what has China done?

In recent weeks, China has reportedly cracked down on crypto mining operations. The country has over the years accounted for a large percentage of the total crypto mining activity that takes place. In purpose, Bitcoin miners play a similar role to gold miners; they bring new Bitcoins into circulation. They get these as a reward for validating transactions, which require the successful computation of a mathematical puzzle. And these computations have become ever-increasingly complex, and therefore energy-intensive in recent years. Huge mining operations are now inevitable if one is to mine Bitcoins.

Access to cheap electricity has made mining lucrative in China. According to the Cambridge Bitcoin Electricity Consumption Index, China accounted for nearly two-thirds of the total computational power last year. Xinjiang and Sichuan provinces accounted for nearly half of this. Now, provincial governments one by one have acted against these mining operations. The latest to do so is Sichuan, which was a hydroelectric-based crypto mining hub.

But that’s not all.

A few days back, the People’s Bank of China directed banks and payment firms to pull the plug on crypto-currency trading.

Why is China doing this?

Actually, there is little change in the policy as far as China is concerned. It first imposed restrictions on cryptocurrencies way back in 2013. It then barred financial institutions from handling Bitcoin. Four years later, it barred what are called initial coin offerings, under which firms raise money by selling their own new cryptocurrencies. This is largely an unregulated market.

An inter-ministerial committee report in India two years ago, in fact, noted that in 2017 the government of China also banned trading between RMB (China’s currency renminbi) and crypto-currencies. It said, “Before the ban, RMB made up 90 percent of Bitcoin trades worldwide. In under a year,the trades between RMB and Bitcoin had fallen to under 1 percent of the world total.” In fact, the report also noted that China had decided to prohibit mining within its jurisdiction. While the miners had stopped their activities for some time, the steep increase in the price of Bitcoin had brought many back into action.

The fact that cryptocurrencies bypass official institutions has been a reason for unease in many governments. Not just that. The anonymity that it offers aids in the flourishing of dark trades online. While many countries have opted to regulate the world of crypto-currencies, China has taken the strictest of measures over the years. According to observers, the latest set of measures are to strengthen its monetary hold and also project its new official digital currency.

An AFP report said, “China launched tests for a digital yuan in March. Its aim is to allow Beijing to conduct transactions in its own currency around the world, reducing dependency on the dollar which remains dominant internationally.”

What specifically has the People’s Bank of China done now?

This time, its focus is on what has been a loophole all along – of offshore platforms enabling those in China to trade in cryptocurrencies. A Reuters report said the People’s Bank of China asked banks and payment firms to “identify those involved in cryptocurrency transactions and promptly cut their payment channels.” It said, “China Construction Bank, Industrial and Commercial Bank of China (ICBC) , Agricultural Bank of China (AgBank) and Postal Savings Bank of China attended the meeting, along with Alipay, the ubiquitous payment platform owned by fintech giant Ant Group.”EOM 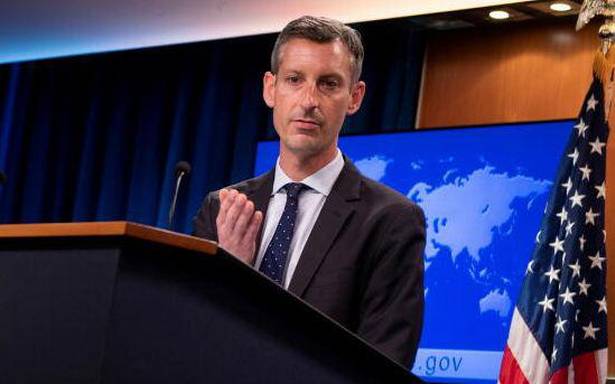