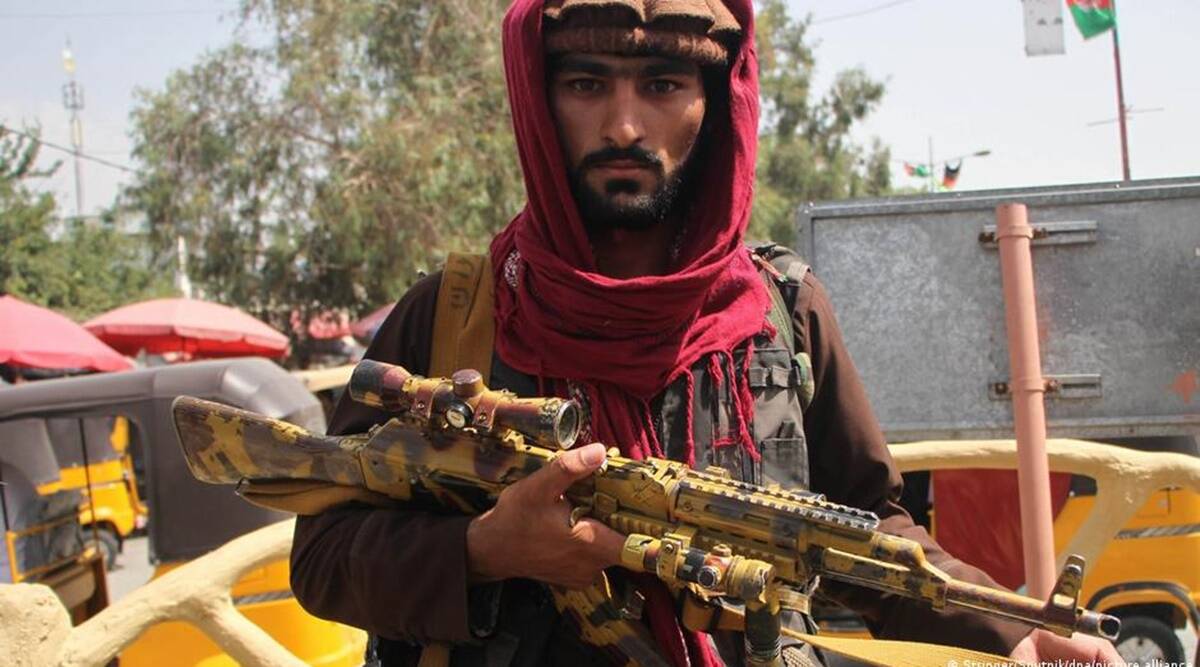 Besides boosting the morale of extremist groups who want the US out of the region, this week's events in Afghanistan could reignite conflict between old neighborhood rivals. A recent editorial in Al-Alam, an Iranian-owned Arabic-language publication, warned people not to trust the Americans the way the Afghan people did.

The people of Iraq, Syria, Lebanon, Yemen and Libya “link the fate of their countries and their people with America and believe this will open a new door, through which they will enter into a bright and brilliant future. That’s what the Afghans, who were deceived for 20 years, had drummed into them too,” the editorial argued.

Although it’s written in Arabic, Al-Alam is actually published by the Iranian state — so perhaps it’s not surprising they condemned this week’s messy US withdrawal from Afghanistan so harshly. Iran has long had an adversarial relationship with the US.

But the Iranians are not the only ones in the Middle East talking this way about what is happening in Afghanistan as the Islamist militant Taliban group take over. In Iraq in particular, locals were asking whether the US could still be trusted. The US invaded Iraq in 2003, two years after they entered Afghanistan and, for better and worse, have been in the country ever since. Will they still help ensure that the extremist group known as the “Islamic State” does not re-emerge? Will the US continue to play a mediating role in Iraqi politics? After all, the US recently pledged to withdraw all combat troops from Iraq.

“What is happening in Afghanistan will deepen the impression among Arab governments that they cannot rely on the US to protect their security as they used to,” Elliott Abrams, a senior fellow for Middle Eastern studies at the Council on Foreign Relations in Washington, wrote in a post on the institution’s website on Monday. So far though, the main impact of this week’s events in Afghanistan on Middle Eastern nations has been psychological. It has boosted morale for any group wanting the Americans out of the region and undermined the confidence of those who perceive them as allies.

The Taliban adhere to Sunni Islam and follow the ultra-conservative Deobandi school of the religion. Nevertheless, Islamist groups from around the region, no matter if they were Sunni or Shiite, congratulated the Taliban on their victory.

From out of the Gaza strip, Hamas, the Palestinian Sunni Muslim group that controls that area, sent a message praising the Taliban for a “victory, which was the culmination of its long struggle over the past 20 years.”

In Iraq, a Telegram news channel run by PMF military groups — who are mostly Shiite Muslim and pledge allegiance to Iran — made cruel jokes about the US withdrawal. They published a picture of a man falling from a US military plane for instance, recalling the tragic events at Kabul airport earlier this week. But in their digitally altered version, the man falling was Iraqi Prime Minister Mustafa al-Kadhimi, who they see as their enemy and beholden to the US.

For the time being, the situation in Afghanistan remains fluid and the impact of the Taliban’s takeover on the Middle East mostly emotional. The Taliban have said they won’t be making any official announcements until the end of August.

But when the group does form a new government, experts suggest that many changes on the ground should likely be viewed through the prism of the long running conflict between Sunni-majority Saudi Arabia and Shiite-majority Iran.

The Taliban ruled Afghanistan between 1996 and 2001, when the US invaded. In the 1990s, neighboring Pakistan, Saudi Arabia and the United Arab Emirates (UAE) were the only countries in the world to offer the Taliban diplomatic recognition.

For many years, the Taliban’s relationship with Saudi Arabia was all-important. However, the Saudi-Taliban relationship changed after September 11, 2001, when al-Qaeda, the Sunni Muslim terrorist group whose leadership had been sheltering in Afghanistan, carried out suicide attacks in the US, resulting in the deaths of over 3,000 people.

As allies of the US, the Saudis were increasingly forced to keep their distance. The UAE broke off diplomatic ties shortly after the September 2001 attacks.

Since then, Qatar has slowly stepped into the breach, working as a mediator between the Taliban and other parties in recent years — and from 2013 onwards, became infamous for being the only country in the world to formally host the Taliban’s political commission.

Iran’s relationship with Afghanistan and the Taliban has also changed over the years. “There may be more ideological resonance between the Taliban and the Saudis but in terms of diplomatic relations the relationship with Iran is now much more developed,” said Kristian Berg Harpviken, who has written about the Taliban’s foreign policy and is director of the Peace Research Institute Oslo (PRIO). “The two almost went to war in 1988, and Iranians haven’t forgotten that. But they’re very pragmatic.”

The Fatemiyoun Brigade represents a potentially worrying aspect of that pragmatism. The force is made up of Shiite Muslim Afghans who sought refuge from Taliban persecution in Iran. They have been trained and equipped by the Iranians and have apparently fought in both Iraq and Syria. There could be as many as 60,000 of them.

In a December 2020 interview, Iranian Foreign Minister Javid Zarif hinted that some of the Fatemiyoun Brigades might already have returned to Afghanistan.

“If an opposition [to the Taliban] were to emerge inside Afghanistan, it wouldn’t be possible without comprehensive external support,” Harpviken told DW.

“I do wonder what is happening in Riyadh right now, how they’re looking at all this,” the Norwegian researcher continued. “The Saudi-Iran rivalry hasn’t been very conspicuous on Afghan soil. But the potential is there.”

When it comes to official recognition of a Taliban-led Afghanistan, Middle Eastern countries are unlikely to be at the front of the line though, Harpviken added. Pakistan will likely be first and then, as Joe Macaron, a fellow at the non-partisan research outfit Arab Center Washington (ACW), wrote in an op-ed this week, “China, Russia, Turkey and Iran … have indicated that they will pursue formal relations with the Taliban and are ready to recognize a Taliban government in Kabul.”

“Many Middle Eastern states won’t be wanting to rush into upsetting the US, especially after some of them signed the Abraham Accords,” Harpviken explained. There won’t be a repeat of 1996, he said, because back then things were very different: Afghanistan was considered a foreign policy backwater. Now, he said, “the costs for a country like Saudi Arabia or the UAE to recognize them [the Taliban government] are clear.”