Tension with the cops flared up for a third straight day, prompting President Donald Trump to take shelter in a White House bunker while protesters hurled stones and tugged at police barricades. 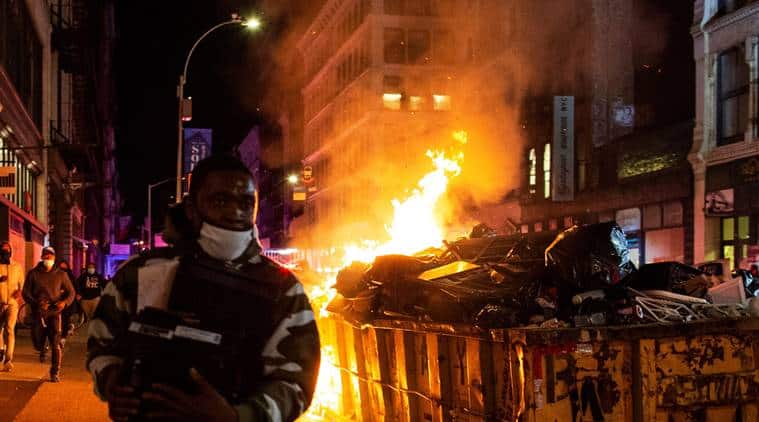 Several cities across the US have seen yet another night of unrest on Sunday as people defied curfew and gathered in large numbers to protest against death of George Floyd. Tension with the cops flared up for a third straight day, prompting President Donald Trump to take shelter in a White House bunker while protesters hurled stones and tugged at police barricades.

The President also blamed far-left extremist group Antifa for its role in the spike in violence across the country.

“The violence instigated and carried out by Antifa and other similar groups in connection with the rioting is domestic terrorism and will be treated accordingly,” Attorney General William P Barr said in a statement.

National Security Advisor Robert O’Brien referred to the protesters as “militants”. Whatever they are, they’re militants who are coming in and burning our cities, and we’re going to get to the bottom of it,” he told CNN. 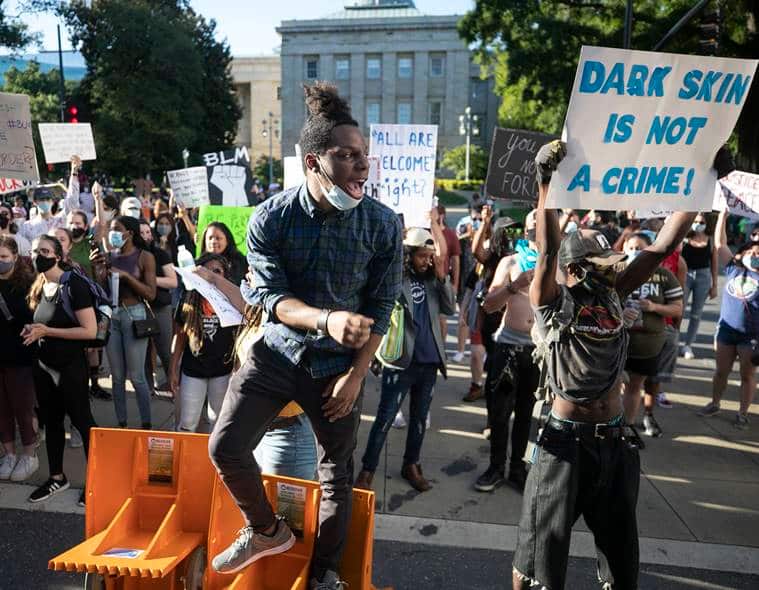 As many as 1,700 soldiers were called in at Washington to contain the crowd after demonstrators collected road signs and plastic barriers to set up a raging fire on the street.

A cinder block structure, near the White House park, that had washroom and a maintenance office, was also set ablaze. In Salt Lake city, demonstrators flipped a police vehicle and set it on fire.

In Minnesota, the epicentre of the agitation where the black man was killed, police resorted to pepper rods and flash bangs to disperse the crowd.

All attempts to deploy National Guard soldiers and shut down mass transit systems by Minnesota authorities proved to be futile as the crowd broke into upscale stores and fled with merchandise while others set the American flag on fire.

Curfew was imposed in major cities, around the US, including Atlanta, Chicago, Denver, Los Angeles, San Francisco and Seattle. National Guard soldiers and airmen were also kept on standby in Washington and 15 other states.

In front of the Capitol, long lines of state patrolmen and National Guard soldiers were stationed along with a dozen military-style armoured vehicles behind them.

Two deaths were reported in Indianapolis, adding to the deaths registered in Detroit and Minneapolis in recent days.

At least 4,100 people have been arrested over days of protests, according to a tally compiled by The Associated Press. The arrests ranged from looting and blocking highways to breaking curfew.

However, a section of demonstrators held peaceful marches and called for an end to the fires, vandalism and theft.

Several protests were held from Miami to Kansas City to San Francisco. While most went forth without any violence, incidents of crime continued in some areas.

County Commissioner Angela Conley said the protests would continue until the three officers, who were at the crime spot, were arrested and prosecuted.

Meanwhile, a White Mississippi mayor, who was under fire for an earlier tweet of his, on Sunday said they were “made in haste and not well-thought out or expressed”. On Tuesday, he had tweeted: “Why in the world would anyone choose to become a police officer in our society today?”

The fury also spread to Europe, where thousands gathered in London’s Trafalgar Square with placards, while flouting all social distancing norms amid the virus pandemic.