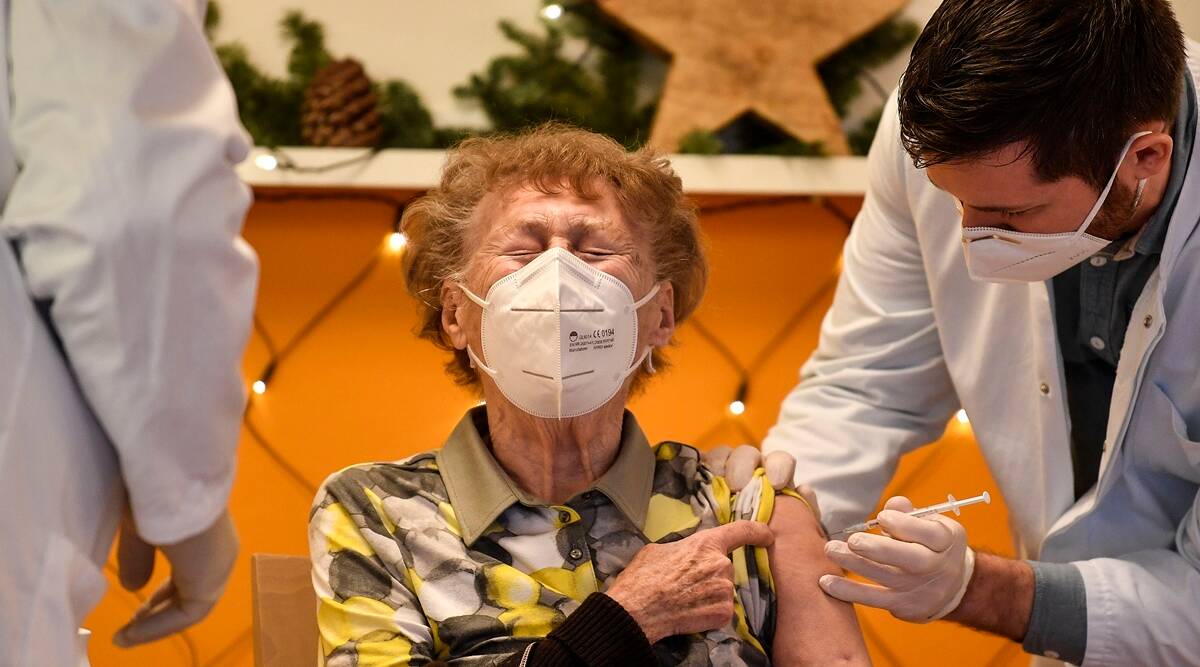 A host of tougher new restrictions has stretched on, amid loud complaints, and even occasional protests before everything was shut down again. Still, infection rates hover around 10,000 new cases per day.

It was barely noon, but Steffen Bockhahn’s phone had not stopped ringing with people wanting to know if they qualified for a vaccination, and if not now, when?

Days earlier Germany had changed its guidance on who qualified for vaccines, resulting in a seemingly endless stream of questions from worried local residents to Bockhahn, the health minister for this port city in Germany’s northeast.

“No, I’m sorry, but we are not allowed to vaccinate anyone in Category 2 yet, only those nurses or other caregivers are who are in the first priority group,” he told a caller. “You have to wait.”

More than two months into the country’s second full lockdown, people across Germany are growing tired of waiting, whether for vaccines, getting their government compensation, or a return to normalcy. For Germans, it’s a disheartening comedown.

At the start of the pandemic, Germany showed itself to be a global leader in dealing with a once-in-a-century public heath crisis. Chancellor Angela Merkel forged a consensus on a lockdown. Her government’s testing and tracing tools were the envy of European neighbors. The country’s death and infection rates were among the lowest in the European Union. Its health care was stellar. And a generally trustful population abided by restrictions with relatively muted grumbling.

No more. In the virus’s second wave, Germany now finds itself swamped like everyone else. A host of tougher new restrictions has stretched on, amid loud complaints, and even occasional protests before everything was shut down again. Still, infection rates hover around 10,000 new cases per day.

Like elsewhere, fears of new variants first identified in England and South Africa are knocking the best-laid plans sideways. Germany’s vaccination program, lashed to the fortunes of the European Union, has floundered. Only 3.5% of Germans have received their first shots, and roughly just 2% have been fully immunized.

For a country used to being No. 1 in Europe — in economic might, with a reputation for efficiency and organization — the turnabout has not been welcomed.

“For too long the country basked in the glow of its early success,” the left-leaning Süddeutsche Zeitung said in an editorial. “Now the coronavirus has laid bare that Germany has dramatic deficits; in its governance, in its administration and with its politicians.”

A survey by the Pew Research Center showed that while more Germans feel confident in their country’s handling of the pandemic than Americans or Britons, their approval dropped 11 percentage points between June and December 2020.

The mood has only soured further as Germans watch other countries, especially Britain, step up their vaccination campaigns with the Pfizer-BioNTech vaccine — developed with the help of German taxpayers — while they have been left waiting for doses to arrive.

Much of the delay stems from production shortages and Germany’s decision to allow the European Union to negotiate for vaccines on its behalf, as it has for all 27 of the bloc’s member states. But that solidarity effectively penalized bigger, richer countries like Germany. Leaders in Brussels have since admitted to mistakes in their joint bargaining, but that has done little to appease Germans still waiting for vaccines.

Merkel’s government has helped BioNTech refurbish a production facility that opened this month, hoping to ease the burden on a Pfizer plant in Belgium that has struggled to meet its orders. But it will take weeks, if not months, before the increased supply reaches vaccination centers.

The center in Rostock opened in late December, but on many days, only the staff are present because there are no doses to administer. On days when vaccines do arrive, there are often so few available that the staff of retired doctors, German Army soldiers and local volunteers outnumber people arriving for their shots.

Vaccines are only one point of frustration. Mayors are warning of the death of inner cities if small stores are not allowed to reopen. Some states have reopened schools, while others remain shuttered. Doctors are warning of the lasting psychological damage that the lockdown is having on children.

Parents, too, are frustrated with the lack of support for online learning. Germany’s stringent data protection laws prevent Germans from using U.S.-based digital learning platforms, but local solutions do not always function smoothly. In many public schools, education now consists of teachers sending lessons as email attachments for students to work through on their own.

Small and independent business owners are struggling to comprehend the rules that dictate whether they are allowed to work and if not, whether they qualify for compensation. Many of them are struggling to stay afloat, while others have given up. Small businesses have been hit harder than the industrial sector as the German economy has contracted by 5% over the past year.

Merkel has done her best to buck up a weary public. Over the past month, the normally reserved chancellor has appeared before the Berlin news corps, given two interviews on prime-time television and chatted by video with families overwhelmed by caring for children at home. Each time she offered assurances, whether to parents exhausted by juggling home-schooling with their jobs, or hairdressers eager to return to work.

“I wish that I had something good to announce,” she said, addressing the nation.

So do Germans. With the country gearing up for an general election in September — Merkel has said she will not run again — and votes in several states in the months ahead, the willingness to line up behind the lame-duck chancellor is weakening, as politicians begin jockeying for position before the end of her more than 15 years in power.

“Since the last lockdown, I have reduced all of the overheads that I possibly can,” said Helmuth Fromberger, who runs a small photo studio in the Bavarian town of Mühldorf. “But I’ve reached the point where I can’t cut back any further.”

Normally at this time of year, he would be busy taking portraits and planning for spring and summer weddings. This year he is allowed only to take passport photos, which brings in just about $70 per day. But because he is allowed to stay open, he does not qualify for the benefits drawn up by the government to help businesses offset losses.

“I don’t actually want any handouts from the government,” he said in a telephone interview. “But when they prevent me from working, then they have to take responsibility for that.”

In recent weeks, dozens of hair salons across the country have banded together to bring lawsuits against their forced closures in each of the country’s 16 states. The concerted effort is partially credited with a decision by Merkel and the governors to allow salons to reopen in early March, as long as the number of new infections does not explode.

André Amberg, who runs a hair salon in the central city of Gotha, filed a lawsuit against the government in his home state of Thuringia. He was forced to close his doors in mid-December and file for unemployment.

“What is most frustrating for me is that I am no longer able to decide for myself about my own life and work situation,” he said. “I’m completely at the mercy of the government.”

So Germans wait. Wait for their leaders to come up with solutions. Wait for infection numbers to drop. Wait to get vaccinated.

Dr. Reinhard Treptow, one of dozens of retired doctors who volunteered to administer vaccinations in Rostock, has spent more time waiting for doses to arrive than giving people their shots.

“We could be doing so much more,” he said, gesturing to the stalls — now empty — where doctors administer injections at the center. “What we need are more doses.” 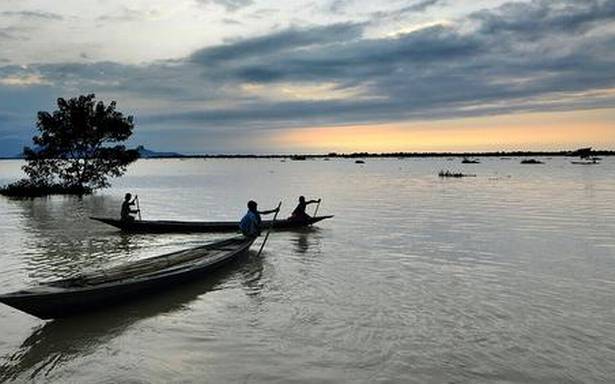 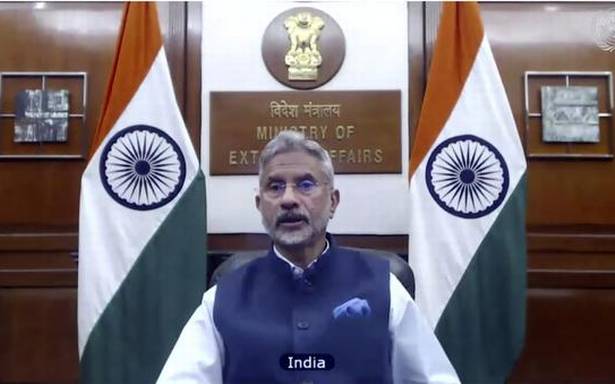 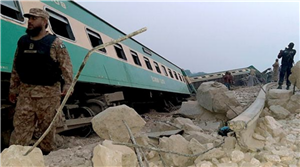