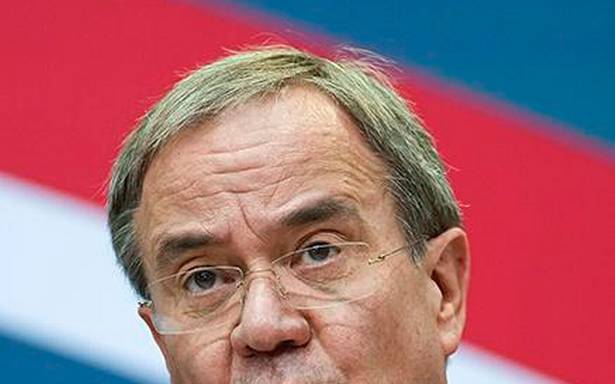 Pressure was mounting on Tuesday on Armin Laschet to quit after his Conservatives lost to the Social Democrats in Germany’s election, further complicating his bid to form the next government after the disastrous vote.

But Mr. Laschet, the conservative bloc’s hope to succeed veteran Chancellor Angela Merkel, insisted his party would still try to build a governing coalition and was ready for talks with the Greens and the liberal Free Democrats (FDP) for a possible partnership.

Though he admitted he could “not be satisfied with this result”, Mr. Laschet also claimed “no party”, not even the Social Democrats, could claim a mandate to govern from Sunday’s vote outcome.

But calls were growing louder for Mr. Laschet to admit defeat and resign, even from within his own party.

“You have lost. Please have some insight. Avert further damage to the #CDU and resign,” Ellen Demuth, a CDU member of the Rhineland-Palatinate state parliament, wrote on Twitter.

“We lost the election. Full stop,” said Tilman Kuban, the head of the CDU’s youth wing. Marcus Muendlein, the chairman of the party’s youth wing in the state of Saxony, called for “a true new beginning”, which he said could “only be successful if our leader and candidate for chancellor, Armin Laschet… resigns”.

A stormy session is expected later on Tuesday when the newly elected MPs of the CDU and its Bavarian allies, the CSU, sit down together for the first time since the vote.